The NHL Players’ Association’s executive board is voting on a 24-team playoff proposal as the return to play format, according to a person with knowledge of the situation.

The person spoke to The Associated Press on condition of anonymity Thursday night because the vote was still ongoing. Results of the vote could be in as soon as Friday night.

Even if the executive board votes to approve the format, it doesn’t yet seal the deal for the NHL season resuming. The league and players union still need to negotiate other details, including health and safety protocols.

But the format is a substantial piece of the return to play puzzle.

Under the plan proposed by the joint NHL/NHLPA Return To Play Committee, the top four teams in each of the Eastern and Western Conferences would play each other for seeding while the remaining 16 teams face off in a best-of-five series play-in round to set the final 16 to compete for the Stanley Cup.

That would mean byes for Boston, Tampa Bay, Washington and Philadelphia in the East and defending champion St. Louis, Colorado, Vegas and Dallas in West. Pittsburgh, Carolina the New York Islanders and Rangers, Toronto, Columbus, Florida and Montreal would also make it in the East and Edmonton, Nashville, Vancouver, Calgary, Winnipeg, Minnesota, Arizona and Chicago in the West.

“I feel like if you’re doing the 24-team thing, it basically gives a team a chance that had no chance of making it, which if you play 82 there’s maybe 6, 8% chance that the team in 12th place (in the conference) makes it,” Carolina player representative Jordan Martinook said Wednesday, more than 24 hours before the executive board meeting. “Nobody’s ever seen this before, but at the end of the day, the Stanley Cup Playoffs are 16 teams, seven games a series.”

This format would lead to the traditional four rounds of seven-game series.

“I don’t think there’s going to be a perfect scenario where everyone’s super excited about,” Nashville’s Ryan Johansen said earlier Thursday. “As long as everybody can agree and be happy with the decision that will be made, that’s really all that matters.”

If the NHLPA’s executive board and the league’s board of governors approve the plan, the who of returning would be set. The where, when and how must still be determined, including how many cities will host games, quarantine regulations and testing.

“Nothing’s really certain until it’s certain, so things can change so quickly and they have on different things,” Return to Play committee member James van Riemsdyk of the Flyers said Wednesday. “We’re trying to keep as many options open and navigate through different things and hopefully come up with a vision that obviously first and foremost is the health and safety of everyone.”

Commissioner Gary Bettman this week said the league was looking at eight or nine locations to serve as hub cities for the resumption of the season.

It’s unclear when the league and players will agree to begin the second phase of preparations for return, which would be the reopening of team practice facilities and voluntary workouts. The following step would then likely be a three-week training camp before games resume.

“Obviously it’s an important thing to navigate through all the different issues that there are so that ultimately we can try to find a safe way to get things going here,” van Riemsdyk said. “There’s been some different talks and things like that and talking about a bunch of different things and trying to sort through some different issues.” 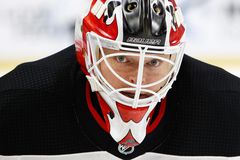 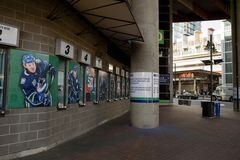