See what a little chip on the shoulder can do?

Waived by Dallas in October, he was claimed by Colorado soon after and has played an integral role in helping the Avalanche return to the post-season. He’s not alone: These playoffs are filled with castoffs who were put on waivers, only to find a revamped role with a new team.

It’s not personal. It’s just business. Players realize this. But still, being waived goodbye is hard to swallow.

“Of course you want to prove them wrong,” said Nemeth, whose team trails 3-1 heading to Nashville for Game 5 on Friday night. “You want to prove you can play and that they were wrong. That’s always going to be in the back of your head — at least for me.”

When Avs defenceman Mark Barberio was cut by Montreal last year, so many thoughts swirled through his head: What went wrong? Next stop, the minors? Is there still even a role for him in the league?

It was a whirlwind 24 hours — the amount of time teams have to make a claim — before the Avs picked him up.

“Colorado saw something in me and decided to give me a chance,” Barberio said. “I’ve gotten a chance to play regular minutes, and a coaching staff I feel believes in me. I’m trying to repay that faith every time I play.”

That sort of feeling is shared by centre Ryan Carpenter, who was claimed by Vegas from Anaheim on Dec. 13. He’s now heading to the second round with the expansion Golden Knights. Carpenter had a key assist in a Game 3 win over Los Angeles.

“It’s amazing ... how things can change in pro hockey,” Carpenter said on the team’s website. “I feel like a little kid right now playing in playoffs. It’s exciting and we want to keep this thing going. It’s nice when you feel like you’re contributing. I never would’ve though in the middle of December I’d be playing right now.”

Minnesota defenceman Nate Prosser was in a similar boat. He was claimed after St. Louis put him on waivers in late November, returning the nine-year NHL veteran to his home-state team for another stint. The Wild previously claimed Prosser off waivers from St. Louis on Oct. 2, 2014, after he had signed with the Blues that summer but was let go just before the season.

A reliable defenceman, he has taken on added responsibility after an injury to Ryan Suter.

“It puts the onus on the rest of us to amp up our game a little bit,” Prosser said. “Just different parts of the game we’ve got to make sure we’re honing in on.”

Then there’s Stefan Noesen , who’s had quite a path to wind up with the New Jersey Devils. Drafted by Ottawa in the first round in 2011 and traded to Anaheim in ’13, he was claimed by the Devils on Jan. 25, 2017. He had his first playoff goal in Game 3 against Tampa Bay.

“Just because you get put on waivers doesn’t necessarily mean you can’t play,” Nemeth said. “Sometimes the situation is the way it is and you need a new opportunity.”

That was the case for Nemeth, a second-round pick by Dallas in 2010. He played in a career-high 68 games for Colorado, with three goals, 12 assists and a plus-27 rating, which was the highest by an Avalanche defenceman since Adam Foote in 2002-03 — the benefits of a change in scenery.

“It could be different scenarios,” Nemeth said of factors leading to being placed on waivers. “Sometimes, it’s just too many guys. Sometimes, your coach might not like you or might not appreciate what you bring to the table. It’s just different, depending on what situation you’re in. For me personally, it was good.”

Avalanche defenceman Duncan Siemens went through the experience last fall — with his own team. He was reassigned to San Antonio in the American Hockey League before spending the last seven weeks with Colorado. He made his playoff debut in the Predators series.

“This is such a competitive league,” said Siemens, a first-round pick by Colorado in 2011. “There are so many good hockey players out there. Your first chance could be your last chance. Anytime you get an opportunity, you have to make the most of it because you don’t know if you’re going to get another one.” 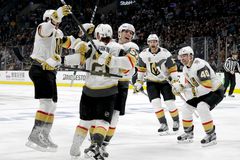 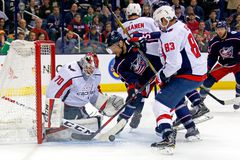 AHL defenceman of the year Sami Niku gets call-up as Jets prepare for Game 5
April 19, 2018 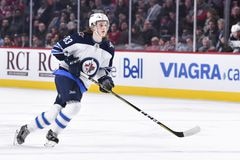