After being traded twice in two different leagues, Nick Suzuki is determined to crack the Montreal Canadiens roster.

The 20-year-old forward is competing in a rookie showcase at CAA Arena in Belleville, Ont., home of the Ottawa Senators’ American Hockey League farm team, this week. The Senators, Canadiens and Winnipeg Jets are all participating in the four-day tournament.

Suzuki sees the tournament as an opportunity to show the Habs front office that he can compete at an NHL level.

“That’s definitely the goal; I’ve trained all summer for it,” Suzuki said on Sunday. “I’ve been working for it since I was a little kid. Making the NHL is my dream and hopefully I can make it happen.”

Suzuki was drafted 13th over all by the Vegas Golden Knights in 2017, but got cut and reassigned to the Ontario Hockey League’s Owen Sound Attack before the NHL club’s roster was finalized. He was traded to the Canadiens prior to the 2018-19 season as part of the Max Pacioretty and Tomas Tatar blockbuster trade.

“Once I knew I was going to Montreal, I was really happy,” he said. “I grew up watching them all the time, the history just speaks for itself and just being a part of it is pretty special.”

He was traded from the Attack to the Guelph Storm the following January after playing 30 games for Owen Sound. He finished the OHL season with a combined 34 goals and 60 assists.

“It’s just a great opportunity to play here against really good talent,” said Suzuki, who had three goals and four assists for Guelph in the Memorial Cup. “[There are] guys that have played in the NHL so far and getting to play with a great team too.”

Joël Bouchard, head coach of the AHL’s Laval Rocket who is leading the Canadiens’ rookie team in Belleville, said Suzuki’s intelligence is just as good as his athleticism.

“He’s pretty smart defensively. His IQ is really good,” Bouchard said. “Obviously there is an adaptation to playing with strong, older men, but he doesn’t shy away from being in tight areas and digging pucks out. We’re excited to have him here.”

Suzuki is confident Montreal will not have buyer’s remorse in trading for him as he trained hard during the off-season.

“[I did] a lot of weightlifting, getting more explosive, a lot of on-ice skating practice and working on my technique,” he said. “That was the biggest thing and I think I’ve improved a lot since I was drafted, and hopefully Montreal sees that, too."

Suzuki has gotten used to the transient hockey lifestyle, but says he’d like to stay in Montreal.

“It was a lot of movement, but I think the trade to Montreal really helped me prepare for the next trade and getting comfortable really quick,” he said. “I think I’ve done a good job of being relaxed and comfortable here.

“The [Montreal] fanbase has more love for the game,” he said. “Vegas was brand new, the fans just bought in, but Montreal’s history and the passion that they have is nothing like I’ve ever seen before.”

Suzuki won the J. Ross Robertson Cup, the OHL’s championship, with the Guelph Storm. He also won the Wayne Gretzky 99 Award as playoff MVP and William Hanley Trophy for the most sportsmanlike player. 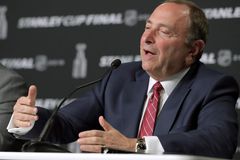 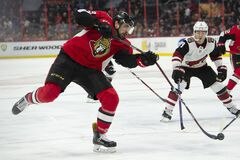 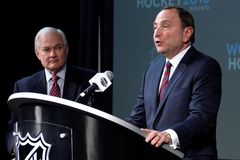