The Montreal Canadiens were buoyed by scoring more than four goals in a game for the first time in over a month, while the Winnipeg Jets continued to leak confidence Friday.

Nick Suzuki’s second goal was the game-winner in a 5-3 win over the visiting Jets, who lost their sixth in a row in regulation.

Suzuki produced a three-point night with an assist, and has four goals and two assists in his last four games.

“We know how important these games are, coming to the end of the season,” Suzuki said.

Canadiens goaltender Jake Allen made 19 saves for the win. Montreal captain Shea Weber was a game-time scratch with a lower-body injury.

Trevor Lewis had two goals and Paul Stastny also scored for the Jets (27-20-3). Winnipeg starter Connor Helleybuyck had 30 saves in the loss.

The Jets still rank third in the North Division four points up on the Canadiens, who hold down the fourth and final playoff berth.

“We’ve got a good team here,” Winnipeg head coach Paul Maurice said. “We’re going through a real struggle. You can panic at your own time, but we won’t here.”

Winnipeg won the season series against Montreal 6-3. Losing the finale stung, however, because the Jets twice led by two goals.

“The one definitely hurts,” Jets captain Blake Wheeler said. “But so did the last one, so did the one before that.

“It’s a real test of our team, our group, our character, and certainly one of the toughest stretches we’ve had in a long time.”

Montreal has seven games remaining in the regular season with a game in hand on Winnipeg.

The last time the Habs had scored five goals in a game was March 20 in a 5-4 win over the Vancouver Canucks.

“To score five goals kind of gives us the confidence we can put the puck in the net,” said Montreal defenceman Ben Chiarot, who played alongside Alex Romanov in Weber’s absence.

“It’s a good time of year for guys to start feeling good and feeling good shooting the puck, so hopefully we carry that confidence forward.”

The coach was non-committal on whether Weber would be in the lineup Saturday against the Ottawa Senators.

The Canadiens trailed and chased for two periods before tying it up 3-3 late in the second period. Suzuki generated the eventual game-winner with a power-play goal at 15:10 of the third.

Armia’s power-play goal at 18:14 of the second period drew the visitors even. He got his stick on the puck in the slot to beat Hellebuyck between the pads.

The Jets caught on a late line change gave Montreal all kinds of time for Lehkonen to finish a passing play at 13:44.

Winnipeg’s Lewis scored his second of the night at 11:47 on an odd-man rush with Jensen Harkins.

Suzuki scored his first at 4:58 to cut Winnipeg’s lead to 2-1. A loose puck squirted out to Suzuki in the slot and he beat Helleybuyck with a low shot glove side.

Winnipeg led 2-0 at 2:20, when Harkins threaded the puck through red jerseys for Lewis to score on Allen far side.

Stastny gave the visitors a 1-0 lead at 18:25 of the first period. Dylan DeMelo at the neutral-zone boards head-manned the puck to Stastny slashing through the middle for the latter to score with a wrist shot.

Winnipeg faces the Senators in Ottawa on Monday on their three-game road trip. 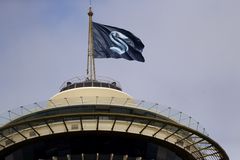 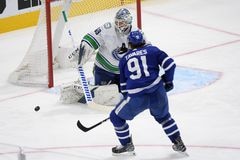 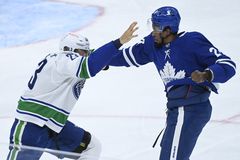