The NWHL’s first-year commissioner said she is willing to listen, and doesn’t believe the two sides’ objectives in expanding the sport are all that different. “I don’t think the door’s ever been closed here,” Tumminia told The Associated Press this week in announcing the NWHL’s decision to double its salary cap to US$300,000 for each of its six teams entering its seventh season.

“I’m always going to think about the future, and salary cap increases and ownership coming in and infusing cash dollars that were needed in order to show growth and progress,” she added. “It’s all along the same lines the PWHPA is looking for as well.”

The PWHPA was formed two years ago in a large part because a majority of North America’s top players balked at joining the U.S.-based NWHL after the demise of the Canadian Women’s Hockey League.

Skeptical of the NWHL’s economic model, especially after the league slashed salaries nearly in half a month into its second season in 2016, the PWHPA members instead sought a fresh start. Their objective was to form a new league – preferably with the NHL’s backing – and featuring a sustainable economic model in which players would be fairly compensated in wages and benefits.

Whether the NWHL’s boost in pay is enough to begin a conversation is uncertain.

“It’s great to see that the league is making positive steps towards supporting their athletes better financially,” Hefford wrote in a text to AP. “That is the direction this game and its players – now and future – deserve.”

“Until I see a league in North America that I would want my daughter to play in, my stance with the PWHPA remains united to create a better opportunity for future generations,” Szabados wrote in a text.

The PWHPA has often cited how private startup leagues such as the NWHL have a poor track record of success once investors’ money runs dry.

Aside from the cut in salaries in which many players believe they are owed back pay, the NWHL was questioned for having an unknown number of business partners whose commitment to long-term sustainability was uncertain.

The NWHL is now operating under a revamped executive structure under Tumminia and a newly established board of governors, with league founder Dani Rylan Kearney out of the picture.

The NWHL power structure also features Miles Arnone, who is chairman of the defending champion Boston Pride, and also has a stake in BTM Partners, which operates the Toronto Six and is behind an expansion bid to establish a team in Montreal in 2022-23.

Arnone, managing partner for Cannon Capital investment firm, said he’s always been open to having discussions with the PWHPA and added: “We’d love to see some reconciliation.”

The PWHPA has spent the past two years holding a series of barn-storming weekend tours across North America, many of them backed by NHL franchises. The PWHPA features five hub cities (two in the United States and three in Canada) where players have access to practice rinks and facilities and is backed by sponsors including Secret, Budweiser and adidas.

The NWHL cites major marketing agreements it reached over the past two years, including one with Discover, that provided enough cost certainty to increase the salary cap even though the league has yet to reach profitability.

Arnone said the decision to increase the salary cap had little to do with the PWHPA, although he acknowledged the possibility of that happening.

“There’s some point where that would happen. I don’t know whether this is at that point or not,” Arnone added. “Obviously, if some of them want to consider playing in our league, and do that, it would be wonderful, too.” 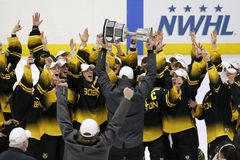 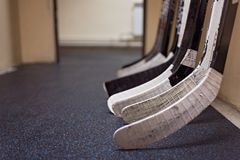