For some female hockey players, the price for demanding a professional league that pays could be not getting a chance to play in it.

About 200 women vow to not play in any North American league next season until they get the league they want.

What comes next could come too late, or not have room for some of them.

The six-team Canadian Women’s Hockey League officially ceased operations on May 1. The U.S.-based NWHL then announced its intention to expand to Toronto and Montreal and become a seven-team league, but the women refuse to play in that league because they don’t like its long-term financial prospects.

They’re among those agitating for a living wage to play hockey in one strong, marketable, professional league in North America.

For however long the protest lasts, national-team players will get on the ice for camps, games and tournaments via their country’s respective hockey federations. The Canadian women, for example, participate in regular skills sessions with regional coaches paid for by Hockey Canada.

But more than half the players in the CWHL were not on a national team.

Women pursued professional careers, worked full-time jobs and started families while trying to train and practice enough to compete with and against the likes of Knight, Decker, Poulin and Raty.

For some in the rank and file, the collective movement they’re participating in will accelerate the end of their playing careers.

“When the league folded, my immediate reaction was: ‘Did I just play my last competitive game?' ” said Melanie Desrochers, a defender with Les Canadiennes de Montréal.

“I could play hockey again, but you’re never going to compete at that level in a beer league.”

The 27-year-old from Welland, Ont., has a master’s degree in neuroscience and is a clinical sales representative for a surgical robot company.

Any new women’s league that started out with a handful of teams would have both national-team players and college and university graduates competing for jobs.

The longer Desrochers is out of the game, the harder it becomes to play in the league she envisions.

“You could say that what’s at stake is, ‘Am I ever going to play again at that level?’ " Desrochers said. “A lot of us are in that situation.”

But it will be worth it, she said, if they get the league they want.

“I personally decided to participate because I see the importance of growing something bigger,” Desrochers said. “If I’m not necessarily part of it as a player next season or the one after, I’ve accepted that.”

Markham Thunder goaltender Liz Knox is a contractor pursuing a career as a firefighter.

A typical Thursday prior to the CWHL’s demise started at 5 a.m. and ended at midnight as she worked her shift, took firefighting classes and squeezed in a late-evening practice.

“In five years, I don’t want somebody to be doing this,” Knox said.

Knox is aware she may not benefit from the position she’s taking now.

The 30-year-old from Stouffville, Ont., said her career ambitions and her age likely won’t allow her to meet the demands of the league she wants, if it materializes.

“There’s at least 100 of us in full-time careers, teaching, or doing a PhD and there’s such a plethora of careers we do, it almost wouldn’t be probable for us to play in that kind of professional league,” Knox said.

“It’s the ironic situation we’re in. All these women have taken this stand that this isn’t good enough and we want better, but we really want it for the next generation of players.”

Knox, who was co-chair of the CWHL Players’ Association, said she and others are prepared to sacrifice what’s left of their playing careers to present a united front.

“I had to have the conversation that, ‘If we do this, there’s a chance you’ve played your last professional hockey game. Are you okay with that?' " Knox said.

“The resounding answer was ‘Yes, this is what’s right for the sport.’

“These will be the players that nobody really remembers in five or 10 years and I really do believe they’re making the ultimate sacrifice here.”

Carlee Campbell, on maternity leave from her information-technology job, was back playing defence for the Toronto Furies just 15 weeks after the birth of her daughter last September.

“I love my job, but come on, getting to play hockey for a living? That would be amazing,” the 30-year-old said.

“The national-team players are training full-time. I guess you could call us the average joes of the league, we train when we can and we have our two practices a week and two games a week, maybe three practices.

“Just imagine what the product would be on the ice if everyone was training full-time. It would be so much better.”

Kelty Apperson hopes she gets to experience that. The 24-year-old from Kitchener, Ont., played the past two seasons for the Calgary Inferno while working full-time as a sales representative for a beer company.

“It definitely gets harder as time goes on because there’s opportunities to climb the ladder at work, especially when you’re working in a company,” Apperson said.

“Those opportunities were presenting themselves and I was taking them. It was getting harder mentally and physically to be doing both full-time.”

Apperson has signed with the Swedish women’s league team SDE for next season.

“I have the rest of my life to work. I can only play hockey for so long, especially now with the circumstances,” she said.

“If the opportunity presented itself where I could come back here and play, I would definitely consider it.” 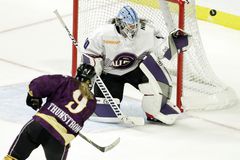 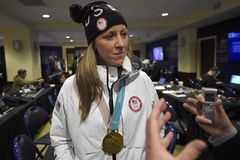 Women’s hockey stars lead walkout in bid for a stronger professional league
May 2, 2019 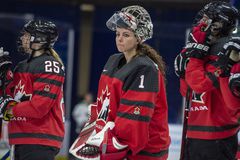