Heading into the back half of the hockey season, the Vancouver Canucks know each game will carry a little extra weight.

Vancouver (23-22-6) sat just outside of a Western Conference wild-card spot heading into Friday’s games, tied with the Colorado Avalanche in points, but having played one more game.

The standings are “definitely motivating” as the Canucks return from the all-star break and bye week, head coach Travis Green said after practice on Thursday.

“At the beginning of the year, we said we wanted to play meaningful games down the stretch and that’s what we’re in the middle of right now,” he said.

The tie between the Avalanche and Canucks will be broken on Saturday when the teams meet in Denver, kicking off a four-game road swing for Vancouver.

It’s a trip that centre Bo Horvat said will be huge for the group.

“We can either climb the ladder or go the opposite way. And we want to keep climbing, get points and stay in the playoff race,” he said. “These are meaningful games, and if we want to make the playoffs, we’ve got to go on a bit of a run here.”

“It’s really important to get a good start after this break,” said Elias Pettersson, the team’s star rookie. “We know we’re in a great spot to push for a playoff spot and that’s what we’re trying to do.”

The 20-year-old leads the Canucks in scoring with 23 goals and 22 assists over his first 40 NHL games.

Five of those points came from the most recent battle between Colorado and Vancouver, an eye-popping 7-6 overtime winner for the Canucks.

Pettersson called the contest “one of the funnest games” he’s played in this season and said he’d like to see a repeat performance on Saturday.

But the young star noted that the squad has to make improvements if they want a shot at playing in the postseason.

“The last two or three games we played [before the break], we didn’t play our best and we just weren’t good enough,” Pettersson said. “Hopefully we can turn it around on this road trip and play the type of game we want to play.”

Vancouver earned eight points during a six-game home stand in January, but several games were characterized by defensive lapses and struggles to get pucks on net early.

“We definitely weren’t playing our best before the break, so I think it was a good time for us to regroup and remember what kind of team we want to be,” Horvat said. “We definitely have to clean some stuff up in our own end.”

The team hasn’t registered more than nine shots in the first period of their past six games. In four contests, they had five shots or fewer through 20 minutes.

Playing simple hockey is the key to getting better results early, Horvat said.

“We’re trying to hit the home-run play and score the first goal,” he said. “But I think if we stick to our process, simplify our game a little bit more and get a little bit more scoring opportunities and shots on net, we’re going to create a lot more offence.”

“We’ve just got to get back to what we did when we were successful.”

With the NHL trade deadline just more than three weeks away, rumours have swirled about Edler’s future.

A free agent come July, the 32-year-old Swede has said he wants to stay with the club.

“I’ve been fortunate enough to spend my whole career here, lived here for the most part of my adult life,” said Edler, who was drafted by the Canucks in 2004.

“I’ve been here when we’ve been really good and when we’re not so good. It’s no secret that I like it here.”

He’s been a big part of the team, too, both on the ice and in the locker room, Green said.

“You don’t have to be the loudest guy in the room to be a good leader,” the coach said. “He prepares well, he shows up to play. Whatever he has in the tank you’re going to get and that’s a good example for young guys.”

For now, Edler’s just focusing on Saturday’s game in Colorado.

The contest will be the first of many to have a postseason feel, he said.

“Every game now, it’s going to be playoff kind of hockey from here on in,” he said. “So we’ve got to be prepared for that.” 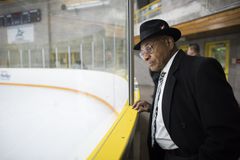 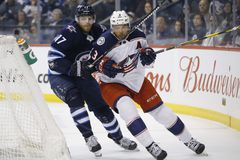 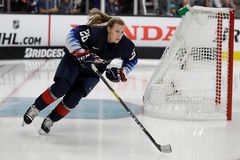