Byfuglien has been on a personal leave of absence since the first day of camp, with no reason given nor a timeline for his return.

Multiple reports surfaced on Wednesday that the veteran defenceman was contemplating retirement. Maurice, when asked about the reports, told the media that “privacy was paramount” and he wouldn’t comment on “any speculation.”

As the team prepared for Friday’s home pre-season game against the St. Louis Blues, Maurice was asked again about Byfuglien because of photos that emerged on social media of him at a local restaurant Thursday.

“He’s eating food” Maurice replied. “He’s got a life. I love the guy.

“I sat down and had a wonderful conversation with him (Thursday). It was great, and that’s it.”

Maurice declined to say where the meeting took place.

Winnipeg Free Press reporter Jeff Hamilton had tweeted pictures of Byfuglien with some women at the restaurant on Thursday.

He wrote he was sent the photos and that Byfuglien apparently told the women he was playing this year.

It was another instance of the team drawing attention for things outside the game.

Camp opened last Friday with the expected absence of restricted free-agent forwards Patrik Laine and Kyle Connor, who are in negotiations for new deals.

Earlier this week, Laine was quoted in a Finnish newspaper story talking about his situation.

A translation of one comment sparked controversy with Laine quoted as saying he’d have a chance to play with the best players on other teams.

That led to centre Bryan Little being asked on Thursday about what could be viewed as an insult by his frequent linemate.

Little told reporters Laine had texted him earlier in the week and then the two talked.

“And we chatted for a few minutes,” Little said. “He was saying sorry, and apologizing for just the way I think it was interpreted.

“Which I kind of understood before I even talked to him. I know Patty well enough to know that he’s not someone that’s going to purposely say negative things, especially about his teammates. I mean, if it’s going to be negative, it’s probably about himself. That’s just the way he is.”

Little told the 21-year-old Finnish star the apology was unnecessary.

“So I said, ‘You don’t have to apologize to me. I get it,’ ” Little said. “Sometimes those things are misunderstood. I knew right away.

Laine is working out with a pro team in Switzerland. Connor’s agent, Richard Evans, told The Canadian Press this week his client is skating with the University of Michigan team.

Nikolaj Ehlers, one of Laine’s closest friends on the team, said Friday he’s been in close contact with the forward.

But players haven’t been letting the off-ice turmoil distract them from their jobs.

“I wouldn’t say training camp has been different,” Ehlers said. “Obviously, you walk around and you think about the guys who aren’t here.

“You want them to be here, you’ve played with them for three or more years. But we can’t walk around and talk about them and, aww, we want them back and what’s going to happen if not and stuff like that.”

The focus is to move forward, he said.

“We’re creating some chemistry with the guys that are here and creating some bonds,” Ehlers said. “When they come back, we’ll figure it out.”

Maurice was asked Thursday about how this season’s off-ice issues at camp have compared to others he’s dealt with in his career.

“You go look at my second year in Toronto. That was a treat,” Maurice said of 2007 when he coached the Maple Leafs.

“My man Jiri Tlusty was doing the flash on the front of the newspapers there. Somebody had sent some inappropriate pictures and that was the easiest one I had. Oh, God bless it. Yeah, that was a treat.”

Tlusty was a rookie with the Leafs when some naked photos he took of himself the year before surfaced on a website. The forward later issued an apology. 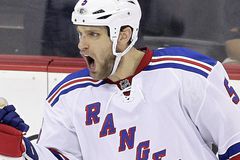 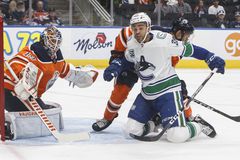 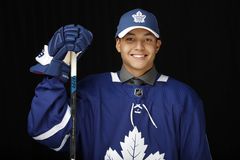