Major junior hockey players operate in an environment where the risk of contracting the COVID-19 virus is greater than in the professional leagues, a health and law expert says.

The Quebec Major Junior Hockey League’s Blainville-Boisbriand Armada has suspended operations indefinitely because 18 members of the team tested positive for the virus.

They’ve been placed in isolation for 14 days.

Young men 16 to 20 years of age aspiring to be professional players in leagues that don’t have the financial resources to “bubble” as the NHL did raises the risk of contagion, according to an associate professor in the Faculty of Law and Cummings School of Medicine at the University of Calgary.

“One of the concerns that I have is that they don’t have the same financial resources to put players in a bubble, or to test in the same manner that the pro leagues can,” Lorian Hardcastle told The Canadian Press.

“I think things like delaying the league, like some of the other leagues did, would have been helpful.”

Lisa MacLeod, Ontario Minister of Heritage, Sport, Tourism and Culture Industries, said the provincial government remains in discussions with the OHL about a potential return to play in December. MacLeod expressed concern about allowing bodychecking or physical contact in OHL games if the league does return.

“The CHL takes our commitment to the health and safety of our players, billets, teams and the community very seriously,” the Canadian Hockey League, which oversees the three major junior leagues, said in a statement Wednesday. “All of our member leagues are working closely with public health authorities in their region on their return to play plans to ensure they meet the latest regulations and policies.”

Hockey ambition, a lack of fear about the coronavirus and the desire to socialize make major junior players susceptible to contagion, Hardcastle said.

“Many of them are really gunning for a spot in the NHL, so even if they’re sick, they’re symptomatic, they may have an incentive to play anyway,” she said.

"I think that particular age group and gender tends to be not as risk averse as we may as we may like.

“Both playing if they’re sick and engaging in the kinds of social activities that lead to the spread of COVID, engaging in close social contact as people in their teens do, I think that’s very different than the professional leagues.”

The Armada learned of one positive test Monday after opening weekend and suspended in-person operations.

The Sherbrooke Phoenix also suspended in-person activities after playing the Armada twice on the weekend.

“Although our sanitary and medical protocol is very strict and rigorous, we knew that COVID-19 was highly infectious and could eventually hit certain players and team staff members,” QMJHL commissioner Gilles Courteau said Wednesday in a statement.

“Nevertheless, we are extremely confident that the measures contained in our contingency plan, which is currently deployed, will prove to be very efficient.”

Quebec’s rate of infection has risen in recent days. Almost 6,000 people have died, with the majority of fatalities among people over the age of 70, according to provincial statistics.

The Quebec government nevertheless shut down team sports Monday in the province’s “red zones,” which include the Greater Montreal area and Quebec City.

That announcement encompasses the Armada, based 35 kilometres northwest of Montreal, and the Quebec Remparts.

“While that group may be at extremely low risk of death, if they contract it, we certainly don’t know how it how it will affect their vascular system and their respiratory system in the long term,” Hardcastle said.

The QMJHL’s schedule features only intradivisional play to start the season. The six teams in the Atlantic provinces do not travel to Quebec.

Saint John Sea Dogs defenceman William Villeneuve, picked in the fourth round by Toronto at the 2020 NHL draft, said he’s thankful to be inside of the Atlantic bubble.

“It’s been a crazy month, really tough month for pretty much everybody in the world. To be able to kind of be back to normal and do what we love every day, we’re really grateful,” Villeneuve said.

“We’re really grateful to play in the Atlantic bubble, and we hope that we’re going to be able to play as long as possible.”

Chicoutimi Saguenéens centre Hendrix Lapierre played two games with his QMJHL club before he was selected 22nd over all by the Washington Capitals in Tuesday’s NHL draft.

“As hockey players, you want to play games and I didn’t play a lot last year, so I wanted to play as much as I could this year,” Lapierre said Tuesday.

"I feel like it’s kind of an advantage for us to be able to play. I see a lot of those guys in the Ontario League or Western Hockey League just training all the time, but it’s fun.

“I’m with my teammates. We’re playing games. Yes, we’re training, but we have games, we’re together, we’re bonding.”

“I feel like it’s a fun process here and definitely really happy to be able to play hockey this year.” 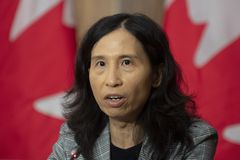 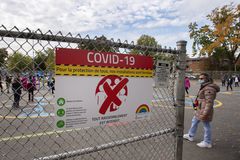 Acadie-Bathurst’s Noah Dobson enjoying a special season ahead of NHL draft
May 25, 2018 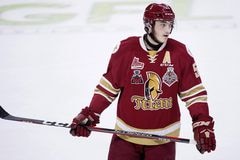