For now, though, he just wants the 19-year-old to get a taste of the NHL.

“I don’t want to put too much pressure on him. It’s a big step,” Benning told reporters on Monday, a day after the Canucks signed Hughes to a three-year entry-level contract. “He’s a 19-year-old kid and he’s going to play his first NHL games and there’s lots of expectations for him. I just want him to come in here and do what he’s capable of and feel comfortable and get experience.”

The Canucks (28-32-9) picked Hughes seventh overall at last year’s draft and in July, the Florida-born, Toronto-raised teen opted to spend a second season playing at the University of Michigan.

He put up five goals and 28 assists in 31 games before the Wolverines were bounced from the NCAA playoffs on Saturday by the University of Minnesota.

Hughes will fly to Vancouver on Tuesday but when he’ll hit the ice remains to be seen. The Canucks host the New York Rangers on Wednesday, but the young defenceman may not be ready for his NHL debut.

“If he’s healthy and ready to play, then he’ll play,” Benning said. “But if he’s not, then we’re going to make sure we do the right thing for him and he won’t play until he’s healthy.”

The 5-foot-10, 170-pound blueliner injured his ankle while blocking a shot on Friday. X-rays came back negative and Hughes played “sparingly” on Saturday, but was still swollen and walking with a limp on Sunday, Benning said.

The young defenceman will have a physical and CAT scan done when he arrives in Vancouver, he added.

Strengthening the back end has long been a priority for Vancouver, Benning said, noting that the franchise has taken d-men in the first rounds of two of the last three drafts.

Defenceman Olli Juolevi, the fifth-overall pick in 2016, was expected to be called up from the American Hockey League’s Utica Comets to play some games in Vancouver before he underwent season-ending knee surgery in December.

Right now the front office is looking to add a defenceman through college free agency before turning their attention to NHL free agency and possible trades, Benning said.

“We’re going to continue to address our defence and try to make it better going forward,” he said.

The second half of the season has been a struggle for the Canucks, who sat nine points out of a wild-card spot in the Western Conference on Monday. Coming out of the all-star break, the team has posted a 5-10-3 record and been outscored 56-40.

Vancouver’s front office has been criticized for the lacklustre results of some of last summer’s free agency signings and for hanging on to players like left-winger Loui Eriksson and centre Markus Granlund at the trade deadline.

“It’s never easy when you’re not winning games,” he said. “I feel like we’ve competed hard in the games and we’ve come up short on the scoreboard and we need to continue to work to get better.”

Fans looking to Hughes for a quick fix should temper their expectations, Benning said, adding that he’s already spoken to the rising star about pressure from the hockey mad market.

“When I talked to Quinn, I explained to him that there’s going to be a lots of expectation, but just come in and do the things you’re capable of doing,” he said. “He has a lot of good attributes that will help our group moving forward. So I just said just come in and work hard and have fun and don’t be nervous, just do the things you’re capable of doing and I expect him to do that.”

Despite Vancouver’s recent losses, Benning said there have been bright spots for the Canucks this year, including the development of young players.

Centre Adam Gaudette, 22, and goalie Thatcher Demko, 23, have cemented their roles in the lineup this season after starting the year in the AHL. Other prospects have been called up to help fill out the ranks during spates of injuries.

“I think when you look at how they’ve developed over the course of the year, how much they’ve played, how many young players we’ve been able to get up and get games, they’re going to be that much further ahead going into next season,” Benning said. “That was objective as we went into the season. So I think if we look at it that way, it’s been a successful year.”

Those up-and-coming stars are the players that Benning gets calls about from other general managers around the league, but he said the Canucks are unlikely to part with them.

“It would take a real big deal and it would have to be in the same age group for us to move out our (young players),” he said.

“They’re the future of the organization and of the team. They’re our core players and I’m not trading those players. We’re going to continue to develop them. And I feel like when we get to the point where we’re going to be competitive on a year-to-year basis, they’re going to be a big part of that.” 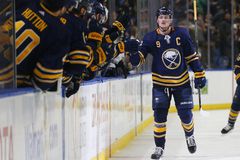 Opinion
David Backes and the Boston Bruins should be ashamed of themselves
March 8, 2019 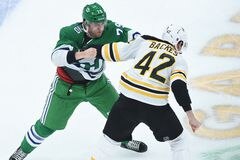 Exciting spring ahead in NHL’s West after Winnipeg Jets, other top contenders load up via trades
March 8, 2019 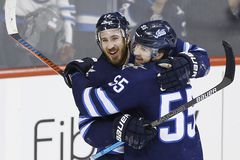