Toronto Raptors head coach Nick Nurse made it crystal clear on Tuesday that he is displeased with Pascal Siakam’s recent pattern of getting into foul trouble, and he wants it to stop.

The Raptors star power forward, who just inked a four-year, US$130-million max contract extension, is leading the Raps in average points (26) and rebounds (8.5). Yet he has also been fouling too early and too often.

“He hasn’t been really smart, if you want me to be honest,” Nurse told reporters after Tuesday’s practice.

Siakam fouled out of Saturday’s loss to the Milwaukee Bucks. It also happened in the season opener against the New Orleans Pelicans, and he had to miss the overtime period of a game his team eventually found a way to win without him (although it may have been overshadowed that night by his 34 points). His tendency to pick up two fouls early in the first quarter has forced Nurse to sit him down for a breather earlier than desired in a few cases, throwing off the team’s player rotation.

“He just needs to knock it off,” Nurse said. “I don’t remember him being a foul-prone guy at all. For some reason, all of a sudden, he’s picking up two early in games and most of them are silly. It’s not like he’s being put in difficult situations. A lot of them are 30 feet from the basket and he’s just got his hands on him. He’s got to adjust.”

Siakam owned up to it on Tuesday, and said he needs to be better.

“Obviously there’s some fouls that I can avoid and not take because it’s definitely important for me to be in the game,” said the 25-year-old from Cameroon. “It’s a part of growing and if you guys know me – I’m always about improving and evolving. And I’m excited about it. I’m excited about the opportunity to learn and by the end of the season I can look at these games and say they prepared me for something bigger.”

Nurse said the coaching staff has been doing some extensive film study with Siakam on this trend, stressing that he needs to be very aware of what he’s doing with his hands.

Siakam said he needs to improve his defensive readiness. He must move his feet more efficiently so he’s not caught off guard when an offensive player nears him, then he will be less likely to put his hands on the guy he’s guarding.

Siakam also acknowledged that he is not yet seasoned – like many veteran players are – in how to effectively talk to officials on the court.

“I’m learning, just knowing how to talk to the refs. Even if you want to say something find a good way to say it,” Siakam said. “Know their names, or little things I’m learning now that I didn’t have to worry about before. Like I said, all part of the game and part of growing as a player. And I think it’s important that I take that seriously.”

To make up for the lost minutes he has sacrificed in some instances of foul trouble, Siakam has found ways to go on late-game scoring bursts at times this season. But that’s not a sustainable way forward.

Studying game film, and gaining a better understanding of what the refs are and are not calling – then making adjustments – is a top priority right now. He must limit his fouls and be able to stay on the floor. His first chance to show his improvement in that area for the Raptors (4-2) will be Wednesday night against the visiting Sacramento Kings (2-5).

“It’s something that’s going on right now and I have to find a way to be better at it. It’s on me,” Siakam said. “It doesn’t matter what the ref does or what happens. It’s gotta be on me to make sure that I adjust properly to what’s being called out there and that I’m ready to help my team win, and that’s by being on the floor and not fouling out.” 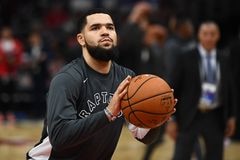 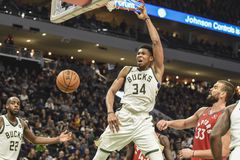