He has spent nearly a decade in the NHL, and during that span Tyson Barrie has been blessed to collaborate with the crème de la crème. In Colorado, he had the fortuity to line up beside Nathan MacKinnon. In Toronto, he shared the ice with Auston Matthews and Mitch Marner. In Edmonton now, he skates cheek and jowl with Connor McDavid and Leon Draisaitl.

“On any given night, those two are the best and second-best players in the world,” Barrie says. “I am an offensive-minded guy who likes to create things, so this is kind of a dream made in heaven for me.

“The skill we have on this team is incredible. It’s as good as it gets.”

At 29 and a year removed from the difficulty he had in Toronto, Barrie is having one of the best seasons of his career. Last week, he became the first defenceman in the league to reach 30 points and did so in 33 games. The only other Oiler to accomplish the feat faster from the blueline is a member of the Hockey Hall of Fame. Paul Coffey did it a quarter of a century ago.

Barrie started slowly, registering just two points over his first eight games in an Edmonton uniform. He has been on an extended hot streak since then with 28 points in 26 games.

“I stumbled out of the gate a little bit as I was trying to figure out my role and where I fit in,” Barrie says. “Then things began to head in the right direction. When you are a kid, you play hockey because it is fun. For me, it kind of feels like that again.”

Barrie scored 50 points or more in three of seven-plus seasons with the Avalanche, and had 49 once. He was stunned when he was dealt to Toronto in the summer of 2019 in exchange for Nazem Kadri. Alex Kerfoot and Calle Rosen came with him and draft picks were thrown in on both sides, but Barrie’s was the biggest name.

“It stung,” he says. “I had been in Colorado a long time and felt like I was part of the leadership group. It was a place I had grown to love and where I was comfortable. It was tough to leave.”

Colorado achieved great success with Barrie directing its No. 1 power-play unit, but he was given a secondary assignment by Maple Leafs coach Mike Babcock. When the latter was unseated, Barrie was promoted to the top group by Sheldon Keefe and ended up fifth on the team in scoring with 39 points.

“When you get traded, it takes a while to kind of know your bearings,” Barrie says. “It was a tough start for me. Things were fine off the ice, but then there was a coaching change and the pandemic happened and the whole world shut down.

Barrie returns to Toronto with the Oilers on Saturday night for the first of two games at Scotiabank Arena. The teams, embroiled in a tight battle with Winnipeg for first place in the all-Canadian North Division, play again on Monday.

Toronto leads the season series 5-2 and beat Edmonton three consecutive times the previous time they met. That was nearly a month ago, however, and the Oilers have gone 7-2 since. At the same time, the Maple Leafs have struggled and frittered away a sizable lead in the standing.

Edmonton comes in rested after having three games against Montreal postponed this week because the Canadiens had a player who tested positive for COVID-19.

“This is not a normal season at all,” Edmonton coach Dave Tippett says. “If you got through the whole year without any interruptions you would be grateful, but also surprised.”

Barrie has been put to good use as the trigger man on the Oilers’ No. 1 power play. Through 34 games, he has two goals and 12 assists when they have a man advantage. With the Maple Leafs, he had one goal and 11 assists on the power play in 70 games. At this point, he has only nine fewer points than in all of last year.

“We all knew he was a high offensive guy and he has been showing it,” fellow defenceman Adam Larsson says. “But he brings a lot more than that to the table. He gets a lot of heat for his defensive play, but he has been a very good defenceman in this league for a long time.

Barrie plays on the No. 1 defensive pairing with Darnell Nurse. Between them, they have 14 goals and 55 points. That is one point fewer than the Maple Leafs’ current corps of six defencemen.

Barrie signed a one-year deal as a free agent with the Oilers for US$3.75-million. He says they have not talked about a new contract, but it would be a surprise if Edmonton proved unwilling to ante up to keep him.

A native of Victoria, Barrie chose the Oilers over other suitors.

“It was kind of a weird free agency, an odd time where you didn’t really know how things would shake out because of COVID,” he says. “From the beginning, I kind of pegged the Oilers as my favourite.”

When news leaked out that he was interested in coming to Edmonton, McDavid quickly reached out to him. They knew each other only in passing at the time, but they had buddies who were buddies.

“From there, it was just a matter of working the numbers out and getting through the process,” Barrie says. “There was no sting making a move the second time around. It was a new opportunity and has gone a lot more smoothly.”

He says he was only rarely called upon to try to shut down McDavid and Draisaitl with the Avalanche. He is thankful for that and to be their teammate. 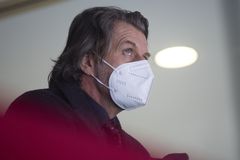 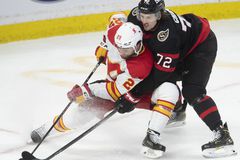 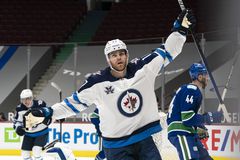