Nate Schmidt remembers the warning from teammates – watch out for No. 61.

Then a young defenceman still learning the nuances of the NHL with the Washington Capitals, Schmidt knew to be careful around noted puck thieves such as Red Wings star Pavel Datsyuk.

“‘You’ve got to always know where he is,“’ Schmidt recalled being told about the winger. “He’s just got that type of presence. To have that kind of reputation already – to make that impression on guys – was pretty huge.”

The pair now find themselves on the same side with the Vegas Golden Knights after Stone was dealt to Sin City prior to last season’s trade deadline as part of the roster tear-down in Ottawa.

Schmidt can’t remember a specific play when Stone stripped him of the puck as an opponent, but he says he’s certain it happened.

“Thanks for bringing that up,” he joked this week. “[Stone] just sees things differently than other players – I played with Nicklas Backstrom in Washington – I wish I could go in their minds for a bit. But I don’t know if I could handle it longer than that.”

Stone’s hockey IQ, an ability to sense a play coming before it happens, is part of what’s made the sixth-round pick in the 2010 NHL draft so successful.

Since becoming a full-time NHLer in 2014-15, he leads the league with 522 takeaways. Second on the list is Ryan O’Reilly, who won the Selke Trophy as the league’s top defensive forward and the Conn Smythe Trophy as playoff MVP last season, with 381.

Stone’s laborious skating stride will never feature in any instructional videos and he won’t be mistaken for the most skilled player in any game, but the 27-year-old’s smarts and instincts are world class.

“He’s surprised a lot of people,” said Toronto Maple Leafs defenceman Cody Ceci, who came up with Stone through Ottawa’s system. “He thinks the game at an incredible level. I saw that right away. The way he sees the ice and gets it done is crazy.”

Vegas jumped at the chance to acquire Stone when it became clear he wouldn’t be signing long-term with Ottawa. The Knights gave up promising defence prospect Erik Brannstrom in the deal – a small price to pay to land a class of talent that doesn’t usually hit the trade market.

“He’s one of our best players every night,” Vegas head coach Gerard Gallant said. “Game in and game out, he does the little things. He’s not the prettiest guy out on the ice, but he does everything right.

“He makes our team a lot better.”

Stone, who has had at least 20 goals in each of his five full NHL seasons, including a career-high 32 in 2019-20, immediately signed a eight-year, US$76-million deal after getting shipped to Vegas.

Heading into games this weekend in Washington and Detroit, Stone has suited up just 42 times for the Knights. But despite that small body of work, he’s already an important member of the group and was named an alternate captain for 2019-20.

So far this season, Stone tops the Knights with 18 points playing on a line with Max Pacioretty and Paul Stastny, logs big minutes on the league’s No. 2 penalty kill and is tied for third in the NHL with 19 takeaways.

But his value goes beyond what shows up on paper.

“He brings so much energy,” Schmidt said. “The biggest thing I can say about him is his presence in very stressful situations and how calm he can be in the room, on the bench and [the ice].

“There’s not a lot of guys in the world that can slow things down like he does.”

And now Schmidt only has to worry about losing the puck to Stone in practice.

NHL to play games in Prague and Helsinki in next two seasons
Subscriber content
November 8, 2019 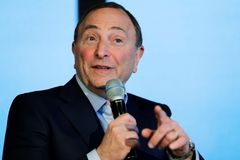 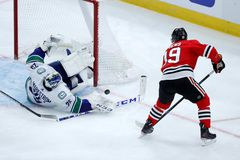 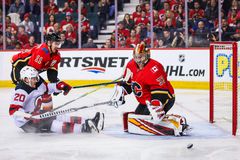