A southern Saskatchewan Bible college is honouring the memory of the Humboldt Broncos coach who died when the team’s bus crashed last spring.

Darcy Haugan wore jersey No. 22 when he was a star player with the Briercrest College Clippers in the late 1990s.

The number was to be retired Friday night during a ceremony in Caronport as part of the college’s alumni weekend.

Sixteen people were killed and 13 were injured when the bus and a transport truck collided in April.

A post on Briercrest’s website says Haugan’s legacy is one of character and leadership on and off the ice.

He led the Clippers in scoring during the 1998 and 1999 seasons, averaging 1.8 points a game, while also playing a key role in the team’s culture.

Rob Schellenburg, the college’s chief athletic officer, said Haugan continued to contribute to Briercrest’s hockey program after his time as a player by sharing his faith and his talents with the players.

“Darcy always had time for everyone around him. Darcy was an amazingly talented man, but he also took those talents and used them for the betterment of society.”

RCMP have not released any details of the investigation into the crash. Mounties have only said that the truck was in the intersection when the collision occurred. 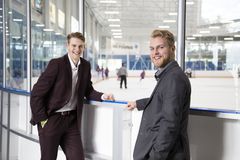 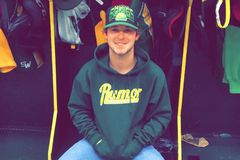 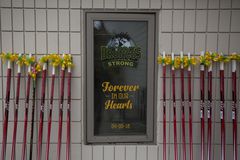