Great news, everyone. The Toronto Maple Leafs are saved. This week, they had their Road-to-Damascus moment, changed their ways and resolved to lead better, less defensively porous lives. The promised land awaits.

At least until Saturday night. Then we’ll reassess.

This is the natural order of things when it comes to hockey in Toronto. It’s almost comforting.

Toronto beat a good Arizona team in Phoenix on Thursday. There were three miracles – the Leafs scored first; Tyson Barrie scored at all; and they came within 20 seconds of a shutout.

Clearly, everything we’d heard about new head coach Sheldon Keefe being a genius was correct (even though no one was saying that until Wednesday). He and Toronto general manager Kyle Dubas are like Spock and Kirk after the Vulcan mind-meld. What this team looks like now – from roster to coach to executive – is how it was designed to look.

Keefe wasn’t triumphal in his opening news conference, but he was a long way from deferential.

As it turns out, Dubas was right not to bother giving Mike Babcock a kick on his way out the door. Keefe was happy to do it for him.

Based on one game, the change of background scenery worked. The team did look more spry. Who knew you could rush to the puck, rather than wait for it to cycle around to you? Certainly not anyone who’s been watching the Leafs this year.

Afterward, Keefe put some more distance between his own style and Babcock’s. Where Babcock was a folksy authoritarian, Keefe will be the sort of coach who greets the guy who sharpens the skates with a hug.

“Just the players, they’ve been open-minded and welcoming and engaged,” Keefe said. “They just want to be coached. They allowed me to do that.”

Isn’t that what we all want? Just to be coached? And to make millions of dollars while it happens?

All in all, a promising performance from Keefe. Not the coaching. If it only takes a single day to reinvent the mission statement of an NHL team, then I’m not sure why teams employ coaches year-round.

But impressive in the way Keefe presented himself. When one guy leaves, people don’t want the same guy replacing him. They want the complete opposite guy. Whether by calculation or instinct, Keefe understood that. He had one day to make a different sort of impression. He made it.

Now he’s got to make it again. And again. And again. Until he either takes this team very near the top or is fired. At which point, we’ll all say it was obvious from the beginning that he was the wrong man for the job.

This is the cycle the Leafs have once again entered. “Trapped” would be the wrong word. You can’t be trapped when you’re doing the thing you meant to do.

The sort of analysis that ought to be done every couple of months – how’s everyone doing? Is this working? Are we on track to hit our targets? – will now happen every few days.

Three wins in a row? They are unstoppable. Three losses after that? Something’s broken.

One of the many things that made firing Babcock possible was the St. Louis Blues. The recency of the Blues’ climb from dead last to Cup champions has convinced everyone this sort of thing isn’t just possible, but probable. Consistency is out. Being forged in fire is in. All the bad things that happen to a team are good things. Failure makes success possible, etc.

The Leafs are not in nearly as bad a position as St. Louis was last year, though the situations are roughly comparable. Decent team doing badly. Midseason coaching change.

What’s different is the amount of attention those predicaments got.

When the Blues were in last place in January, no one cared. People in St. Louis hardly cared. Why should they have? The Blues hadn’t made the playoffs the year before. This was an average team being somewhat worse than that.

The Blues’ second-half attack on the standings didn’t catch a whole lot of attention either. They were underdogs right up until they won the whole thing. It was a team of veterans left to do things in as close to isolation as is possible in professional team sport.

Now try to imagine the same set of circumstances playing out the same way for the Leafs. It’s not possible.

Whether he is the right coach for the Leafs, Keefe’s manner of arrival ensures maximum attention to every small turning of the story.

What we are trying to figure out now is not if the Leafs are any good. They are good, individually at least.

What we’re trying to figure out is if they are the right collection of people to be good at hockey in Toronto.

This city is a unique environment in which to play the sport. It’s a little like saying, “You’re good at Sport X on Earth, but are you good at it on the moon, where the air is a lot thinner and occasionally non-existent?”

With the exception of Morgan Rielly, none of the current group of Leafs has experienced what it is like to play in Toronto when the city is in a state of constant frenzy over the hockey team. That’s what Babcock gave the franchise – a few years of breathing space. We won’t know for a few more months if he was worth the money.

Getting everyone on the same page is great, but the solution cannot be confined to what happens on the ice. What’s required is an unusual collection of people capable of thriving in this environment. What you need are players who thrive on a toxic mixture of too much love mixed with too much criticism.

Figuring out the penalty kill is easy. Figuring out that part is Fermat’s Last Theorem of pro sports. Smart people have been going at it for 50 years and haven’t got anywhere close to an answer. 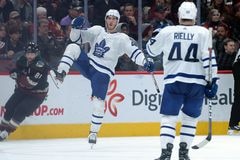 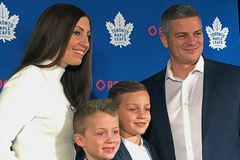