A university hockey brawl that has prompted an investigation and will likely lead to a number of suspensions was instigated by a derogatory comment related to a sexual assault survivor, St. Francis Xavier University alleged Monday in a statement.

The incident occurred in the third period of a game between St. FX and Acadia last Saturday in Wolfville, N.S., leading to the ejection of five Axemen players, eight X-Men and both head coaches. Atlantic University Sport, which oversees university sport in the region, is investigating.

In a late afternoon statement to provide “context and clarity to the incident,” St. FX said that centre Sam Studnicka was the target of the alleged comment.

“Over the course of my three-year AUS career, I have been challenged in dealing with insulting and derogatory comments on the ice pertaining to the shaming of a sexual assault survivor,” Studnicka said in the statement. “It has taken an emotional toll on me, and it has been frustrating that one AUS hockey program in particular has elicited repeated on-ice comments directed toward me.”

In Studnicka’s statement, he explained how things came to a boiling point on Saturday night.

“Another comment was made during the third period of Saturday night’s game, which was addressed by my head coach to the on-ice officials and to the opposing team’s head coach,” Studnicka said. “I was completely shocked when, minutes later, I was on the ice and the offending athlete (who made the comment) was sent to take the faceoff against me. There is no place for such comments within our society. Sexual assault is a very serious issue and there is simply no place for shaming sexual assault survivors, ever.

“I am proud of the way my teammates stood up for me and for something bigger than hockey. This event shows that more education is still needed on this issue. It is a serious societal issue and we need more awareness and education on all levels so young men are aware of the implications of their words and actions.”

Messages left with Acadia’s head coach and the university’s executive director of athletics and community events were not immediately returned. However, the school put out a statement late Monday denying the allegations from St. FX.

“Yesterday, we began an investigation regarding the validity of insinuations being made about this incident,” said Kevin Dickie, executive director of varsity athletics for Acadia, in the statement. “We have been in contact with the AUS office throughout the day today, and the information we have gathered is not consistent with the allegations contained in the statements made this evening publicly by StFX. ”

Videos posted to social media show players on both teams hurling profanities, striking each other, and grabbing each other’s jerseys near the Acadia bench during the brawl.

After a 20-minute delay, the game continued and Acadia won 6-3.

“After 14 years coaching at the university level, I do not condone fighting in our league and I completely understand that fighting is not a part of our game,” St. FX coach Brad Peddle said in the statement. “What I do understand and support completely is the actions of my student-athletes and how they chose to stand up for their teammate on an issue that is more important than winning a hockey game. It is a testament to the character and integrity of the student-athletes in our locker-room.

“I feel this incident was very avoidable based upon our repeated discussions about the situation. Supporting Sam has always been the top priority. In this specific instance, our team took a stand to protect him from repeated, unnecessary insults that have no place in sport or the greater society.”

“Our commissioner is working hard at getting the automatic sanctions done within the next 24 hours or so with a game looming Wednesday, Acadia at Saint Mary’s,” Currie said earlier Monday in an e-mail. “Others that need more investigation may take a bit longer. There is a lot to unpack with this incident.”

St. FX returns to action Friday at the University of New Brunswick. 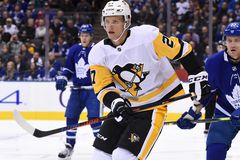 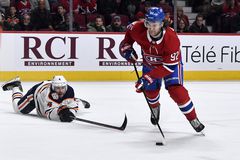