Marc Bergevin and his counterparts believed they had a pretty good grasp on how NHL free agency was going to pan out.

With the league’s salary cap staying at US$81.5-million because of the COVID-19 pandemic, the Montreal Canadiens general manager saw a shortage of money in the system and little wiggle room, especially for teams looking to make significant moves.

Turns out those predictions have been mostly spot on.

Once a frenzied sprint where GMs would throw money at big names with barely a second thought, and even a time when much of hockey’s middle class could expect to cash in, the current free-agent market – when compared with previous years – has largely been stuck in the mud since it opened Friday.

Sure, a number of the big names got paid, but not exactly how they probably envisioned. And many players further down the pecking order have settled for shorter deals, less money, or both.

Then there are the ones still awaiting a dance partner.

“We all kind of thought what was going to happen, [and] it did happen,” Bergevin said. "A lot of players, right now, don’t have a chair. They might have overshot the market, and this is a reality for all of us.

“We have a cap that’s not going to go up in the near future, for sure, and it might be longer than we expect.”

In almost any other year, teams would have lined up to sign Taylor Hall in unrestricted free agency.

Two seasons removed from winning the Hart Trophy as the NHL’s most valuable player, the winger should have been presented multiple big-money, long-term contract offers.

That was before COVID-19.

Hall certainly isn’t crying poor – he signed on with the Buffalo Sabres for next season at US$8-million – but this scenario is far different from the one that would have come his way before the pandemic and its significant financial implications.

“We knew it was going to be a unique marketplace,” the 28-year-old said. "Once free agency started, we were made aware pretty quickly how much things have changed.

“It changed our decision making.”

That included seeing where things stand in the NHL after the 2020-21 season, when hopefully some of the pandemic-related dust has settled for a league that doesn’t know when fans will be allowed back into its arenas.

“It went from wanting to get a six- or seven-year contract to thinking, ‘A one-year deal might be best for me financially and personally,' " Hall said.

While it’s a nervy time for players, a number of teams have capitalized on the opportunity to go bargain-bin shopping.

San Jose Sharks GM Doug Wilson said the unique nature of what’s happened since the league shut down in March through the resumption of play this summer and into the fall has presented a variety of unknowns.

“The good players are always going to get their money,” said Wilson, who added teams also have to plan for their own restricted free agents. "[But] there’s going to be a squeeze somewhere.

“We’re all weeding through this journey together.”

After scoring at least 23 goals in four of his seven full NHL seasons, the winger signed a four-year contract with Montreal that carries an average annual value of US$4.25-million, a pay cut of US$325,000 compared with his last deal.

Escrow – which guarantees a 50/50 split of revenues with owners – will be capped at a painful 20 per cent this season, meaning that players are trying to backload their deals to get as much actual money in hand as possible.

Toffoli also made it clear term was a priority.

“If there were no pandemic I think things would have been more positive throughout this time,” the 28-year-old said. "But nobody could ever have expected what’s been happening through the world.

The last time free agency opened – on July 1, 2019 – eight contracts exceeding those parameters were doled out on Day 1 alone.

The biggest fish in this year’s pond, there was little doubt Pietrangelo would get the contract he wanted, even in a pandemic.

But minus the usual interview period prior to free agency, the defenceman was in the dark about what was out there before agreeing to a seven-year US$61.6-million deal with the Vegas Golden Knights – who had to trade Nate Schmidt and Paul Stastny, and will need to make further moves to be cap compliant before next season – more than 72 hours after hitting the market.

A number of talented forwards are no doubt hoping to be presented with palatable offers of their own soon.

Mike Hoffman, who scored 29 goals last season in the final year of a contract with an AAV of US$5.187-million, Mikael Granlund (US$5.75-million) and Evgenii Dadonov (US$4-million) and are among those available.

And then there are veterans such as Corey Perry (US$3.25-million) looking for another shot or a youngster such as Anthony Duclair (US$1.65-million) in search of a raise. As for defencemen, Sami Vatanen (US$4.875-million) and Travis Hamonic (US$3.857-million) are part of a group waiting to put pen to paper.

One player who didn’t delay his decision any longer was winger Matt Nieto, who took a significant pay cut from US$1,975,000 to US$700,000 to return to San Jose after 3 1/2 seasons with Colorado.

Veteran teammate Patrick Marleau, who also rejoined the Sharks for the league minimum, but has career earnings in excess of US$95-million, feels for players unable to fully maximize their value.

“We’re all in uncertain times,” the 41-year-old said. "It’s definitely changed the framework of what a regular NHL free agency looks like.

“Everybody’s just trying to make their way through it, make the most of it and do the best they can.”

But from Bergevin’s perspective, it’s something everyone should have seen coming.

“The proof’s in the pudding.” 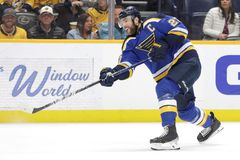 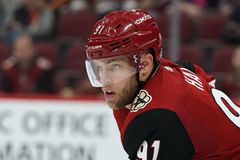 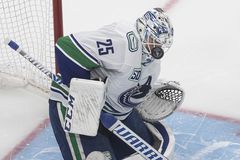