Kyle Connor tried to remain composed and circumspect about his game-winning overtime goal, which gave his Winnipeg Jets an immense lift in their opening-round tussle with the St. Louis Blues.

But the broad smile that washed over his face, as he spoke with reporters in the Jets’ locker room late Tuesday night, strongly suggested he was waging a losing battle.

“It’s just kind of a sense of relief,” the speedy forward said of his dramatic tally, his third of the series, which provided the Jets with a 2-1 win. The compelling best-of-seven-game Western Conference showdown is deadlocked at 2-2.

“A lot of excitement, honestly,” Connor continued. “There’s nothing better than celebrating with your teammates, all coming in there.”

Except, perhaps, heading home on even footing after two successive wins on enemy ice with Game 5 on Thursday in Winnipeg where the club’s famous “Whiteout” street party will be in full swing.

True North Sports & Entertainment, which owns the NHL franchise, said all 11,000 tickets to the street party outside of Bell MTS Place, held in conjunction with the game, have been snapped up. The atmosphere, both inside and outside the arena, should be volcanic.

“Now we’re fired up,” said Blake Wheeler, the Winnipeg captain and leading scorer during the regular season with 91 points. “Obviously we came in here [St. Louis] in a hole and with a job to do and mission accomplished. Those guys are obviously playing awesome and we’re playing well and it’s a hell of a series.”

In a playoff in which neither team has yet to achieve success on home ice, Jets winger Adam Lowry said he is optimistic with the series resuming in Winnipeg.

“We played pretty well the first two games. We're excited to go back. The series is tied. We know the MTS Centre is going to be rocking.”

As for the Blues, they have played well in the series and feel a bit snakebit having coughed up control in the fashion they have.

Centre Robby Fabbri said the Blues are not out of it by any means.

“I think with them winning two here and us winning two there, it’s kind of just like the restart of the series,” he said. “That’s the mentality that we’re going to have to have, and like I said, just stay on an even keel and go back to work.”

The NHL’s opening playoff round has been unpredictable.

There are the road-warrior Jets and their battle back, the New York Islanders upending Sidney Crosby and the Pittsburgh Penguins and even the underdog Toronto Maple Leafs making life difficult for the Boston Bruins.

And then the stunner of all stunners – the Columbus Blue Jackets scuttling the hopes of the Tampa Bay Lightning, the class of the league all year, in four consecutive games.

For Winnipeg defenceman Josh Morrissey, the intrigue that always seems to prevail in the opening round of hockey’s second season never ceases to delight.

“We’ve seen eighth seeds win Stanley Cups, make it to the finals, go a long way,” he said. “There’s no other sport like it.

“That’s why the Stanley Cup playoffs are so amazing, any given night a team finds its mojo and gets going. Over a couple months span, anybody can win. I think it maybe gives you optimism that anything’s possible.”

Last year, the Jets rumbled through the first two rounds of the postseason before running into the Vegas Golden Knights in the Western Conference final. The Knights prevailed in five games.

This season, the Jets are hoping to take it one step further and make it to the Stanley Cup finals. And they believe their game, which had sputtered toward the end of the regular season, is getting back in form.

Centre Mark Scheifele, who led the Jets with 38 goals in the regular season, had a commanding performance in Tuesday’s win. His presence was heavy every time he took the ice.

With Winnipeg trailing 1-0 early in the third period, Scheifele rumbled into the offensive zone toward the net and expertly deflected a feed from Connor that soared in over Blues goaltender Jordan Binnington for the tying marker.

Scheifele then returned the favour at the 6:02 mark of the overtime when his tip pass in front to Connor was shovelled home for the game winner.

Winnipeg coach Paul Maurice only recently reunited Scheifele with Connor and Wheeler on the same unit and the trio have been explosive.

“If you remember their first three games last year against Minnesota, there wasn’t a whole lot going,” Maurice said. “You could see it coming and then that switch flipped and then that line was pretty dominant from then through to the Western final.

“They look the same again, just really, really smart hockey and then that tip [on Scheifele’s goal], that little extra skill that not a lot people have comes out.” 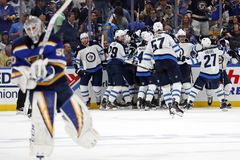 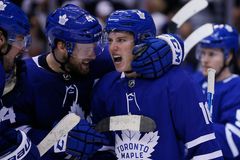 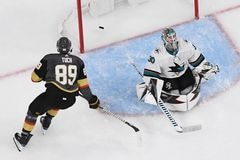