Only nine months since he signed for the Toronto Maple Leafs, John Tavares already sounds like he’s been doing his bid here for 10 years.

“At some point, you’re going to have to lick your wounds, look yourself in the mirror and find ways to improve,” he said after another Game 7 loss on Tuesday night.

That’s a lot of metaphors and it doesn’t make any sense, but the Toronto jersey turns good hockey players into bad philosophers.

“Ways to improve?” They had it and they blew it. There’s no drill for that. It’s a matter of ‘it’. You have ‘it’ or you don’t. Despite all their improvements, the Leafs still don’t.

This team does one thing at a league-best level – get perspective. There’s always a lot of perspective to go around when it comes to the Leafs, which is a funny way of explaining that performing poorly at hockey can be a moral victory. You just have to have the right perspective.

Toronto got perspective when it lost in 2017 to Washington. That was a loss that showed hope. That was a sign of better things to come.

Toronto did it last year when the Leafs lost to the Bruins. That was a reminder that the team needed to add one more major piece. Tavares was it.

What’s the perspective on this one? It’s getting harder to figure.

The coach has had four years of runway. In real terms, the team is no further ahead. That’s very little return on a substantial investment of money and, far more important, uncritical faith.

“I thought we played pretty good,” Babcock said afterward. “They shot the puck in the net.”

That is some world-class perspective right there.

After all those years pining for the playoffs, Tavares got so used to taking April off that he accidentally did it again.

Up and down the bench, the players you’d hope would get better at this time of year got a little worse. Goalie Frederik Andersen? Good until he wasn’t. Defenceman Jake Gardiner? Why doesn’t someone hypnotize this poor guy into believing every game is Game 5?

Auston Matthews and Mitch Marner? Great in some games, good in others, invisible when it really mattered.

William Nylander has fallen so far, there no longer seems any point in criticizing him. If he’d held out the entire year and then burned a Leafs banner on YouTube before the start of the playoffs, his reputation in town would’ve ended up in better shape.

The perspective there is that the young Leafs are, well, young and will get better. Boston has a bunch of young stars – David Pastrnak, Jake DeBrusk, Charlie McAvoy. You’ll notice they don’t constantly require the benefit of perspective.

You can also get perspective on everyone else. Patrick Marleau’s battery died. Nazem Kadri didn’t just blow a fuse, but the local power grid. Jake Muzzin was physically large, just not intimidatingly so. Frederik Gauthier played a regular shift in a Game 7 in which his team was losing, which is a DefCon 1 level problem for a contending team.

The only well-known Leaf who elevated his game in the postseason was Carlton the Bear.

Yet no one would go so far as to criticize anyone else. You expect omerta from the players, at least publicly. But you cannot help but contrast Babcock’s manner of accepting defeat – “I thought our series this year compared to last year, we’re a way better hockey club” – is in marked contrast to other coaches of Canadian teams that disappointed.

Winnipeg’s Paul Maurice: “Careful with excuses. We got beat.”

Calgary’s Bill Peters: “Some of the strengths we had during the regular season weren’t strengths in Round 1. I can’t explain it to you. … We didn’t have an answer.”

In those exits, there was a sense of an important opportunity lost, and the need to change, perhaps even radically, to correct it for next time. Peters as good as said several players would be moved on.

A half hour after the Leafs turned a 3-2 series lead into another sad trombone concerto, it was already “on to the next.”

“We’re going in the right direction,” Babcock summarized. I guess that’s how it works when you aren’t being paid by the completed job. It’s real good perspective.

Ultimately, it’s the perspective of a profitable, well supported, underperforming franchise that has made disappointment the defining feature of its culture.

This is distinct from losing. The Leafs no longer have a losing culture. But it is one that has an enormous amount of tolerance for coming up short. Good enough is always good enough in Toronto.

The best-case scenario – and you’re going to be hearing a lot of directional messaging about this in the coming months – is that Toronto is the Washington Capitals circa 2015. A great team with great players that turns postseason molehills into mountains and only has to figure out the difference.

Of course, even when they were blowing it, the Capitals occasionally won a series. There was a sense of urgency there because they had a generational player, had caught some local interest and knew the two things together were unlikely to intersect again in the near-term. Every time they imploded, it felt possible that had been their last, good shot. The desperation was palpable.

They took a lot of mulligans, but they weren’t stockpiling them in perpetuity. No team gets that benefit. No team can afford to. Except the Leafs.

Promise – especially artistic promise, of which athletics is a type – is only worth something insofar as it is realized.

You’re beginning to get the bad feeling that the Leafs have done a few things right – scorch the Earth, reseed it quickly, get lucky in the draft, hire the boldest-face name in the game, persuade a big star to take a chance, make a few, clever cap moves – and now think they are finished.

After all, those are a lot of things done right. By Toronto’s appallingly low standard, at least.

Winning is only another right thing that may or may not happen. You just need to get the right perspective on it.

Opinion
Once again, the Leafs were not the sum of their parts Subscriber content
April 24, 2019 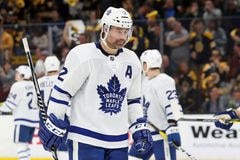 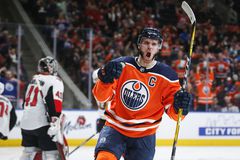 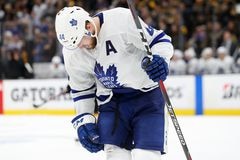