There are some trades that, like the scriptures and Shakespeare, could be studied forever and endlessly debated.

Matt Duchene just became one of those endless bar arguments.

It is important to remember that the now 28-year-old centre asked for a trade from the Colorado Avalanche back in early November, 2017 so that he could have a shot at winning a Stanley Cup before it was too late for him.

The native of Haliburton, Ont., came with a pedigree that included an Olympic gold medal with Team Canada in 2014. Fast, slick in the corners and a proved scorer, he was a player Ottawa wanted badly, and he was keen to join an up-and-coming team that only the spring before had come within an overtime goal of reaching the Stanley Cup final.

The warm body swap was for Kyle Turris, a much-beloved Senator but not quite the centre that Duchene is. But to get Duchene the Senators had to include a first-round pick that the Avalanche could take either in 2018 or 2019. It seemed a lot, but not excessive – after all, Ottawa would surely finish high in the standings, meaning it would be a late first-round pick whenever the Avalanche chose to exercise their option. There was also a third-round pick and two prospects. The Avalanche flipped Turris to Nashville in a follow-up trade and everyone seemed happy.

That was then; this is now.

Friday morning, after weeks of speculation and with Monday’s NHL trading deadline bearing down, the foundering Senators traded Duchene and a minor-league prospect to the Columbus Blue Jackets, the very team they were to play host to in the evening, and in return recovered a 2019 first-round pick along with two unknown prospects, forwards Vitaly Abramov and Jonathan Davidsson.

The irony in all this is that the up-and-coming team Duchene thought he was joining less than 16 months ago is today dead last in the league, a dysfunctional group with so much baggage assembled in 2018 it would take a circus carousel to roll it all out.

The Avalanche, on the other hand, are now seen as an up-and-coming team, within reach of a coveted wild-card playoff position.

Not only did Duchene’s dreams dash in Ottawa, but that first-round pick will be used by the Avalanche in June – with the very real prospects of landing generational player Jack Hughes.

Duchene had been making US$6-million a year in the final year of the contract he signed in Colorado and could become an unrestricted free agent (UFA) in the summer. Ottawa’s other two potential UFAs, forwards Mark Stone and Ryan Dzingel, are also high on the rumour list of those players who could be changing teams before the Monday afternoon deadline. All three were not dressed for the Senators’ Thursday match in New Jersey, a listless effort in which Ottawa fell 4-0 to the Devils.

It hasn’t been a great year for the Senators’ new slogan: “Ottawa Rising.”

The Senators’ woes may have coincided with Duchene’s arrival, but he was hardly the cause. In 118 games with Ottawa, he scored 50 goals and 57 assists for 107 points. He can be a fine player on a good team.

He was, however, part of the malaise that set in over ownership, coaching, players and the price of parking. He was the veteran in that Uber cab with several younger players when the driver taped them and then posted the video. It was a cruel trick, but it showed Duchene bragging about tuning out one of the team’s coaches. He apologized but from that moment many believed he would have to go.

Ottawa general manager Pierre Dorion says the team made sincere offers on a long-term contract, though specific details are lacking, but no agreement could be reached.

“As soon as it was determined that he did not want to be part of our rebuild,” Dorion said in a statement, “we shifted our focus to see what assets we could acquire in exchange.”

The promised “rebuild” by Dorion and team owner Eugene Melnyk is obviously the sticking point in any negotiations that might still be going on with Stone. The certain team captain is worshipped by fans for his stoic personality and determined play. But whether he believes the financial resources and hockey intelligence is up to taking the Senators deep into the playoffs is the question. He could decide at any moment this weekend. Dzingel is certainly expected to be moved if Dorion can strike a deal he can sell to disgruntled fans.

Duchene was effusive in a farewell note to the team, his teammates and Ottawa fans. The organization, he said, was “first class.” His teammates “unreal – I’ve never seen a more cohesive group” (perhaps forgetting the social-media war between the partners of captain Erik Karlsson and sniper Mike Hoffman that led to both being traded last summer). Playing in Ottawa, Duchene wrote, was “amazing … I can’t think of a better place for my son Beau to have been born and I can’t wait to tell him all about our time here when he’s old enough.”

There will certainly be stories.

As for those fans, they were quick to respond to this highly anticipated trade.

The Ottawa Citizen ran a straw poll on its web page in the hours following the announcement.

Dorion “should have waited until the deadline”: 15.36 per cent.

A tough room to play, that Ottawa. 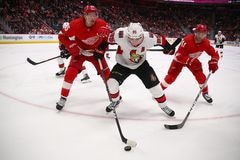 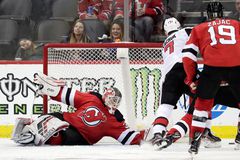 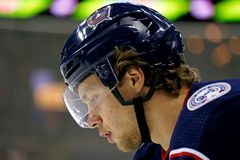