It was late Wednesday evening, a light rain taking away the last of a particularly stubborn winter and the Toronto Maple Leafs in the midst of a third-period swoon in Game 7 that would bring an end to their season.

In a moment of perfect timing, Canadian hockey historian Mike Commito tweeted out a black-and-white photograph of a Game 7 the Leafs won on this same day more than a half century earlier.

The April 25, 1964, photo is filled with smiling Leafs – Armstrong, Keon, Baun, Horton, Kelly et al – and they are posing with … yes … the Stanley Cup, which they had just won by defeating the Detroit Red Wings.

End of season, as it should be.

The NHL playoffs, for a considerable time now, have been a reverse celebration. The happiest hockey, the hockey fans enjoy by far the most, comes in the first round and sometimes in the second round, with the interest and, usually, the quality of play deteriorating steadily until the Stanley Cup is ultimately decided. What would be the climax in any other sport becomes, at best, duty to those hockey fans without a city in the final. Television numbers might still be up, but there is a profound difference between background sound and passionate cheering.

This year’s Round 2 is both unique and wrong. The two best teams during the regular season, the Nashville Predators and the Winnipeg Jets, will meet now and one will be lost to future rounds.

In the best days of baseball, they would have called such a meeting the World Series and the champion team of the season would be quickly decided.

Instead, it will carry well into May, and then for several weeks beyond that to decide Rounds 3 and 4.

The playoffs simply take too long.

As Randy Turner, the admirable writer with the Winnipeg Free Press, tweeted Wednesday evening, “When the #NHLJets won their first playoff series in 31yrs i didn’t know it was going to take another 31 years for the 2nd round to start.”

Complaining about the length of the hockey season is certainly nothing new. The last time the Ottawa Senators won a Cup in my city, 1927, it was widely held that pushing the season all the way to April 13 was a mistake.

“The season was but three days short of five months,” Citizen sports editor Ed Baker wrote, “entirely too long in the opinion of many well-informed hockey authorities.

“Hockey is a winter sport although the advent of artificial ice makes it possible for the game to be played in fall and spring seasons, and a schedule extending from Dec. 1 to March 31 would likely prove more successful in every way for the club owners.”

Alas, poor Mr. Baker was thinking ice rather than cold cash – the real cause of the never-ending season. Club owners would play 465 days a year if there were that many days available in a year.

You can easily trace the creeping, incremental history of the Cup. The Boston Bruins took it on April 16, 1939, the Maple Leafs on April 18, 1942, Detroit Red Wings on April 23, 1950, the Maple Leafs again on that April 25 back in 1964 – and the very next year the season inched into May when the Montreal Canadiens defeated the Chicago Blackhawks on the first day of the month Canadians most enjoy spending outdoors after months of being house- or clothing-bound.

As for watching hockey indoors on a weekend afternoon … spare us, please! There should be a law against that.

By 1992 the playoffs had expanded to a point where they hit June, when the Pittsburgh Penguins defeated the Chicago Blackhawks.

By 1999, had Brett Hull’s much-contested overtime goal not counted late on June 19, the series between Hull’s Dallas Stars and the Buffalo Sabres might have hit summer.

One idea that floats from time to time is starting the season weeks earlier than its usual early-October launch. Players are in year-round shape today and exhibition games largely a waste. They could easily start earlier, allowing us all to finish earlier.

A better idea would be to speed up the playoff rounds. Back in 1939, when the league made its switch from a best-of-five format to best-of-sevens, the Boston Bruins took the Cup in only 10 days. Why it takes two months now is, simply, ridiculous.

The best idea of all, however, is the original one that used to determine every hockey season.

When the ice goes out, the season is over.

This year, in most of the country, that’s already long enough.

Father time closing in on some players in the quest for Cup
April 13, 2018 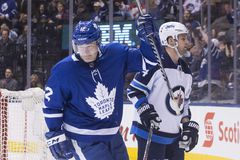 The impossible story of the Sedins comes to a perfect ending in Vancouver
April 6, 2018 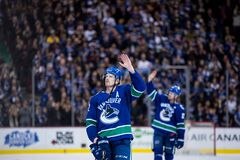 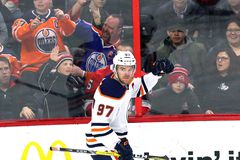