The owner has said it himself.

It was Dec. 15, 2017, the day before the Ottawa Senators were to play host to the NHL’s Winter Classic and Eugene Melnyk was unwisely complaining to the media that owning a team in the national capital was all about “fighting every day to sell a ticket.”

If things didn’t improve, he threatened, he might move the franchise.

Things did change – for the worse. His Senators were then in freefall, an at-times-hysterical, at-times-pathetic, at-times-heartbreaking fall through two successive seasons in which they finished dead last when 2018-19 came to a merciful end.

There has been no more talk of moving, but much more talk about selling tickets, the latest advertising press being to sell fans on themselves as “The Seventh” player on the ice that could help feisty teenager Brady Tkachuk and smooth-skating defenceman Thomas Chabot haul this broken team out of the “dumpster” – a word the owner himself has used.

Tkachuk and Chabot … the only two mini-names left on a team that once featured Daniel Alfredsson, Mark Stone, Erik Karlsson, Kyle Turris, Matt Duchene – all dispatched in trade after trade that has left an increasingly sour taste in fans’ mouths.

With 18 games left in the regular season just finished, Senators general manager Pierre Dorion fired head coach Guy Boucher, a decent and intelligent man deeply flawed as a coach who thinks too hard, communicates too much and would micromanage the Canadian Tire Centre clock if he could.

With interim coach Marc Crawford unlikely to be handed the big job, speculation raged for weeks about who might be hired.

Most recently, that had centred on Patrick Roy, the Hall-of-Fame goaltender turned coach who most assuredly would have cash-box appeal in a star-struck bilingual community.

Roy is a proved winner with four Stanley Cups, two each with Montreal Canadiens and Colorado Avalanche. He’s volatile – remember him quitting Montreal Canadiens in the midst of a 1995 game – and quotable: during the 1996 playoffs he quipped that he couldn’t hear an opponent’s chirping “because I got my two Stanley Cup rings plugged in my ears.”

It’s extremely rare in hockey that a coach will be the primary selling point – thinking Maurice Richard in Quebec City when the WHA launched in 1972, Wayne Gretzky in Arizona after he had retired as a player – and rarer still that it works out. The Rocket quit after a single game; the Great One decided after four so-so seasons that coaching wasn’t for him.

But Roy had previous success in coaching and certainly had fans and media hoping for him. Jack Todd, the Montreal Gazette columnist who spent more than a decade following Roy, thought it a “great idea.” The hiring alone would give him two columns, Todd tweeted, the initial success another two, a couple more when the team hits the skids, two more when he tells Melnyk off and two more when he quits with three games left in the season. “Go Patrick.”

There were other names in the mix. None of the expensive available coaches were approached, such as Alain Vigneault (now with Philadelphia Flyers) Joel Quenneville (Florida Panthers) or Todd McLellan (Los Angeles Kings). But there was varying support for bringing back popular former Senators coaches Rick Bowness or Jacques Martin, letting Crawford drop the “interim” label,” perhaps promoting minor-league coach Troy Mann, maybe even turning to Brad Shaw, a former Senators captain currently an assistant coach with the Columbus Blue Jackets.

Finally, on Thursday, the Senators announced their choice: D.J. Smith?

Who? A country – or at least a country’s capital – gasped.

Smith, a 42-year-old former player who had a brief NHL stint, had been serving as an assistant coach with the Toronto Maple Leafs and had been in charge of defence and penalty killing.

Ironically, only weeks earlier Melnyk had said in a radio interview that he wasn’t much impressed with the Leafs in that department: “They’re going to have a tough time winning a Stanley Cup without defence.”

Melnyk may have been proved right, as the Leafs quickly fell out of the playoffs, but Smith’s résumé was not much damaged by the unexpected fall in the opening round. Prior to joining Mike Babcock’s staff in Toronto, Smith had coached the Oshawa Generals junior team to a Memorial Cup title in 2015 and had been an assistant coach with the Windsor Spitfires during their Memorial Cup victories in 2009 and 2010.

"D.J. Smith is a winner,” Dorion said in a statement announcing the hiring of the franchise’s 14th head coach since it began play in 1992. He praised Smith as being “a great communicator and an exceptional strategist” with an impressive ability “to teach the game.”

Skeptical Ottawa fans were quick to note that this was pretty much what Dorion had said about Boucher when introducing him back in 2016.

There was also suspicion that the Senators had gone cheap, many fans convinced that the team’s announced “rebuilds” are actually “sell-offs,” with any gifted player within reach of a large new contract quickly dealt away.

When asked what role budget played in the choice of Smith, who was given a three-year deal, Dorion told reporters: “Zero. First choice. No impact at all. He could have been $10-million a year. He could be working for one dollar. No impact. I say that with as much certainty as anything I’ve told you. He was the man. He’s the best coach for this job. He’s getting paid very well.”

But there was quick praise for Smith from Toronto.

“He lets you be young when you’re young, lets you make mistakes,” Leafs defenceman Morgan Rielly said. “... the older you get, the more responsibility he gives you.”

Smith assured Ottawa fans that he would bring a positive attitude to the rink, where he promised to create a “fun atmosphere.”

That would be a profound change from two seasons of losing the best and most popular players, tarping over 1,500 seats to make it appear tickets are tight, billion-dollar lawsuits over a botched move downtown, indiscreet taped conversations about the coaches by players in Uber cabs, social-media backstabbing among players partners, billboards attacking ownership …

Maintaining that may turn out to be a bigger test for the new coach than the defence and penalty-killing. 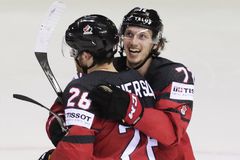 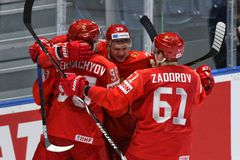 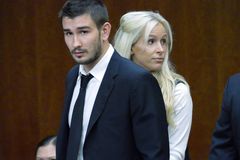