One way to view the coming NHL season, which kicks off Wednesday night, is as a sort of reality show.

We’ll start out with 31 contestants arranged into four camps. Each of them is interdependent. You’re only as safe as the precautions taken by your least careful campmate.

Everyone gets tested daily. If anybody fails, they have to take a timeout that impacts their chances at advancing to the knockout rounds (or does it?).

And, like those early seasons of Survivor, there’s always a chance a hurricane hits the production site and they have to call the whole thing off.

The only thing this campaign doesn’t have in common with Thursday night must-see TV is that everyone involved is going to lose a ton of money.

“It would be cheaper for us to shut the doors and not play,” commissioner Gary Bettman said on Monday.

As defences go, Bettman knows how to play good offence – “We’re going to lose more money at the club level and the league level by playing than by not playing.”

What he doesn’t mention there is that the players will eventually share that pain. In the end, all revenues – and losses – are shared 50/50 by the teams and players. The NHL has corralled its workforce by kicking the reduced-payroll can down the road a ways.

Today’s under-contract elite take a small hit. But in a few years, young NHL stars are going to understand what it’s like to graduate into a recession.

So if they’re not doing it for money, then it must be glory, right?

“Let me make something really clear. We’re coming back to play this season because we think it’s important for the game, because our fans and our players want us to, and it may give people – particularly in isolation, or where there are curfews – a sense of normalcy and something to do,” Bettman said.

So, not the glory.

You can buy this line – the NHL morphing into a mental-health NGO for as long as the pandemic lasts – to a certain point. Sure, people love their hockey. And yes, if you live somewhere the police helicopters start circling at 8 p.m., then turning up the volume on the game may allow you to feel less hunted.

But let’s not get carried away. The NHL is continuing because its employees expect to be paid one way or the other. Cancelling the season creates a labour migraine that could take years to abate.

Also, it wouldn’t suit the league’s tough-guy self image if they took a public-health pause while soccer, filled as it is with guys who’ve never played a second half after having three teeth knocked out, soldiered on.

If Bettman had the luxury of being forthright, his “really clear” answer to why the NHL is going forward would be anything but. It’s an unequal combination of business necessity, inertia, internal pressure and fear of being left behind.

And, yes, buried in there somewhere is the love of the game. The rest of us have to go to work in order to afford the little extras, like the fancy brand of Kraft Dinner. The pros have the financial luxury of staying home. Back in early summer when this thing still scared the young and fit along with the old and infirm, a few Major League Baseball players did that.

You get the strong impression that if you drilled down on why NHLers are continuing, most would arrive at something like ‘because it’s what I do.’ Never underestimate the power of routine.

Every one of us has gotten to a different spot on this by now, depending on personal experience, which corners of the internet you hang out in and how long you spend there.

In sports, the pandemic has become an annoyance, like the weather when it gums up your travel schedule. No non-essential sector of the economy gives more lip service to COVID, while at the same time muscling right through it regardless of what’s happening.

Given all that, there really isn’t much point in talking about playing hockey any more unless we’re talking about the actual hockey. Puck drop on the season is the point at which the reality show becomes less about the administrative soap opera and more about the prize at the end.

On that basis, it is hard to remember a season so full of possibility. They’ve whittled sports down to its vital essence – a bunch of guys stuck together on a road trip that might last six months.

You’ll notice that no one is talking about preparation very much, because there is no preparation for this. You either figure it out on the fly, or you flail around for a few months playing pointless catch-up.

If you had to give a competitive advantage to someone – and this is a nice change – you’d probably pick the Canadian clubs.

They will play in the (relative) safety of this country. Every game is meaningful. No one can beat up on the Montreal Canadiens or the Edmonton Oilers because they’ve gone and lost three out of four to some tanking American team. Up here at least, the regular season will play out like a pre-postseason.

There is no blindingly obvious favourite to win the North Division. Take Boston and Tampa out of the equation and even the Toronto Maple Leafs must be feeling frisky.

Yes, this could end badly. There’s always that risk. And it will absolutely be sanctimonious beyond measure. If another multimillionaire absolutely must announce he’s doing this for the people, it would be a lot more believable if he donated his paycheque to the Ontario Nurses Association.

But this weird, one-off sack-race of an NHL season could also be a lot of fun. Which, given the current supply of fun, is not nothing.

Opinion
Before the NHL starts its 2021 season it must play outbreak Whac-A-Mole
Subscriber content
January 10, 2021 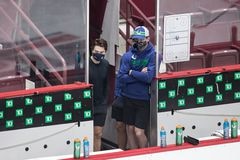 Opinion
The world juniors aren’t as worldly as we think
Subscriber content
December 27, 2020 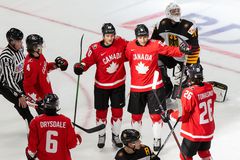 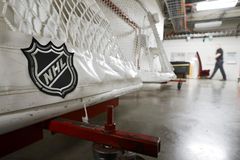