The top female hockey players in Sweden refused to attend training camp Thursday or play in an coming international tournament in Finland, the latest such move by a women’s national team to get better compensation.

The Swedish Ice Hockey Federation said it had been informed of the looming boycott and was “surprised” at the decision.

A total of 43 national team players are involved in the boycott, which is seemingly about the lack of compensation they receive while on duty with the national team. The players were scheduled to attend a five-day camp starting Thursday outside Stockholm, ahead of the Five Nations Tournament – also involving Russia, Japan, Czech Republic and host Finland – beginning Tuesday.

A statement was posted on social media by Sweden player Erika Grahm, saying the action is being taken to “develop and create better conditions” in the national team to show “encouragement and respect” for current and future generations. It said the players’ demands are not “unreasonable,” but didn’t disclose the specific issues.

The move is similar to what happened two years ago in North America, where the U.S. women’s national team threatened to boycott the 2017 world championships on home ice, demanding more pay and treatment similar to what the men’s team receives. They reached a four-year agreement with USA Hockey that increased pay up to US$4,000 per month with the ability to make around US$71,000 annually and up to US$129,000 in Olympic years.

The World Cup champion U.S. women’s soccer team is also in a fight for more compensation, with that dispute likely headed to court.

Many of Sweden’s players have full-time jobs away from the rink, so must fit games around work schedules and family needs. Travel schedules for national team games can be tight, affecting preparation.

“Many of us have borne the frustration that led to today’s decision for several years,” the statement read. “Now it’s all about the younger generation not having to do it.”

The Swedish federation said it gives no compensation to players on the women’s or men’s national teams, and that it instead comes through a financial agreement between the leagues and the top clubs.

This agreement, the federation added, was renewed for the 2019-20 season and uses the “same model that applied to men’s hockey for many years.” Calls to board members of the federation went unanswered Thursday.

Among those coming out in support of the Swedish players were U.S. Olympic champions Jocelyne and Monique Lamoureux, who tweeted: “Proud of Team Sweden and what this will mean for their program and the next generation of young girls in Europe!” U.S. teammate Meghan Duggan added: “Sending strength to the Swedish National Team in their quest for more support and resources for their program.”

The Professional Women’s Hockey Players’ Association said it stood with Sweden’s players “in your fight for equality and respect your commitment to creating a sustainable future for yourselves and the next generation!”

In May, the National Women’s Hockey League reached an agreement with the union to increase salaries, offer a 50-50 split of sponsor-related revenues and improve benefits. That move came after more than 200 of the world’s top female players pledged not to play professionally in North America.

Sweden, traditionally one of the world’s best teams, failed to qualify for the quarter-finals of the world championship in Finland in April after losing three of its four group matches. That meant the team was relegated for the first time in its history and will compete in Division IA of the 2020 women’s world championship.

“Us players are prepared to take responsibility and do everything possible to take us back to where we belong,” the players’ statement read. “But only with the conditions, encouragement and respect that requires an attitude toward us as elite athletes.

“Until the governors in the ice hockey federation show that, the Damkronorna have an empty squad.” 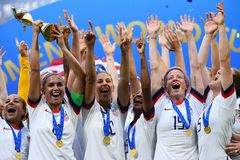 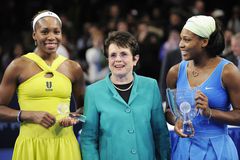 Why does Rogers Cup not offer equal prize money to men and women? It’s complicated
August 27, 2019 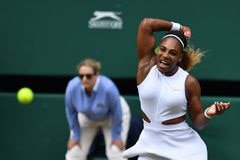