The outbreak, discovered through on-site rapid antigen testing, forced approximately 20 housekeeping and event staff to self-isolate beginning April 21. Healthy staff may return to work on Wednesday, May 5. No area of the building itself was ever closed.

In a statement, MLSE said it “is supporting employees required to self-isolate or impacted by this closure with paid leave provisions and continues to make use of mandatory on-site COVID-19 rapid testing to ensure the safety of employees involved in the ongoing operations at the venue.”

The outbreak occurred while the Leafs were on a road trip out West, which began with a two-game stand against the Vancouver Canucks, who had just returned to play after COVID-19 tore through the team and kept it off the ice for more than three weeks.

The outbreak landed MLSE on the city’s most recently issued list of workplace outbreaks. Under provincial health legislation, Toronto Medical Officer of Health Eileen de Villa can issue what’s known as a Section 22 order to restrict operations at a workplace. Such an order can close, partly or fully, a workplace with five or more linked cases of COVID-19 or other evidence of transmission.

Dr. de Villa assumed the Section 22 power in late April and the city has since applied it to 20 workplaces. These range from a car dealership to a fast-food restaurant, construction companies to a furniture manufacturer. MLSE is the only sports-related business to have been included on the list.

MLSE has been conducting mandatory rapid testing for roughly three months on all visitors to Scotiabank Arena, including staff and media covering the Leafs games. The testing is also in place at other MLSE locations, including the training facility for Toronto FC, where an MLSE spokesperson said the testing had turned up a separate positive case.

Though rapid testing is less accurate than the lab-based polymerase chain reaction (PCR) tests, with false negatives in as many as 30 per cent of cases, it is considered a key tool in the arsenal to arrest the virus, particularly in places where large numbers of people may be gathering.

“The testing protocol has been very important in the whole process of keeping people as safe as can be, and when there is a positive test identified, to be able to contain it and trace all of the contacts, to make sure that everybody stays safe themselves, but also keeps the community safe,” said Dave Haggith, the senior director of communications for MLSE.

Scotiabank Arena is normally also the home of the Toronto Raptors, but that team was forced to play its home games in Tampa this season while the Canada-U.S. border is closed, just as the Toronto Blue Jays were forced to base their operations for the start of this season in Dunedin, Fla. The seven Canadian NHL teams are playing the duration of the regular season, which concludes next week, and the first two playoff rounds in a single all-Canadian division. With restrictions on travel into and out of Canada likely to stay in place for the foreseeable future, it is not yet known where the one team that emerges from the Canadian group will face off against an American team in a conference final during the coming playoffs – or where it might play its home games during the Stanley Cup final, should it make it that far. 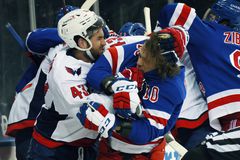 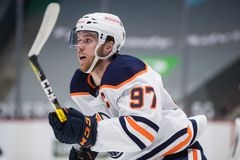 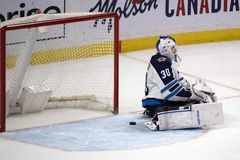 Follow Simon Houpt and Oliver Moore on Twitter @simonhoupt @moore_oliver
Report an error Editorial code of conduct
Due to technical reasons, we have temporarily removed commenting from our articles. We hope to have this fixed soon. Thank you for your patience. If you are looking to give feedback on our new site, please send it along to feedback@globeandmail.com. If you want to write a letter to the editor, please forward to letters@globeandmail.com.
Comments