That those three established NHL stars – all former No. 1 picks – would stand out to the league’s director of central scouting was a given.

The fourth-best player on the ice that July day in Toronto was a 17-year-old named Jack Hughes.

“It was a series of skill drills,” Marr explained. “Skating, quickness, speed, execution, precision. Right away you could see he already has an NHL shot.

“He’s got that talent that he belongs in that group.”

Fast-forward about 11 months and Hughes is doing everything he can to join that trio in another regard at June’s NHL draft in Vancouver.

“I want to be the first overall pick.”

Born in Orlando, Fla., but raised in the Toronto area, the centre scored 112 points in 50 games with the under-18 U.S. National Team Development Program (USNTDP) this season. In two seasons, he registered a record 154 assists and 228 points in 110 games.

Ranked as the No. 1 North American skater by NHL Central Scouting, Hughes has conducted interviews with 10 teams this week, but there are only two real options.

The New Jersey Devils pick first and will decide between Hughes and Finnish winger Kaapo Kakko, while the New York Rangers own the second selection.

“I’d look good in either,” Hughes said with a smile when asked if he envisions himself in Devils red or Rangers blue. “With either I’d be happy.”

Hughes said getting on the ice with the likes of McDavid, Tavares and Hall was an eye-opener at the time, but it helped show him he belonged among the best.

“It was exciting,” said the 5-foot-10, 170-pound Hughes. “You’re always a fan at heart. To be on the ice with guys you watch on a nightly basis, it was fun, but you’re also there to get better.

“I picked things off peoples’ brains.”

The top-ranked European skater and viewed as the main competition for Hughes at No. 1, Kakko isn’t at the combine after helping his country win the recent men’s world hockey championship.

Hughes is aware he and Kakko, who is more developed physically, played against men this season in Finland and turned heads at the worlds, will be connected for the rest of their careers, regardless of who goes first.

Kakko scored 22 goals – a record for a draft-eligible prospect – and added 16 assists in his country’s top division in 2018-19, and has already won three gold medals internationally.

“It’s a good competition,” said Hughes, who also suited up at the worlds. “He had a great year and [we] will be linked to each other with the Rangers and Devils right there.”

Quinn Hughes, Jack’s older brother, was selected seventh by the Vancouver Canucks at the 2018 draft, something he said has helped him in the process.

“Quinn’s been awesome,” Hughes said. “We’re in the same position, it’s been a lot of fun.”

Alex Turcotte, the fourth-ranked North American skater and another USNTDP player, said it’s been impressive to watch the younger Hughes handle the pressure of the past two seasons.

In all, the USNTDP has six of the top-12 North American skaters and could have a record-breaking first round in Vancouver.

“No one trains as hard as us at the program,” said Hughes, who’s hoping to become the eighth American to go No. 1. “It sounds pretty cliché, but there’s no days off.”

Bowen Byram, a defenceman with the WHL’s Vancouver Giants, is on course to be the first Canadian off the board as the No. 2-ranked North American skater.

“I’m a confident player,” said the Cranbrook, B.C., native, who turns 18 next month. “I’m confident in my abilities. I think I can play [in the NHL] next season.”

The road has no doubt been the longest for Lethbridge Hurricanes centre Dylan Cozens. The fifth-ranked North American skater is on the verge of becoming the first player from Yukon to be drafted, and just the third in the territory’s history to play in the NHL.

“Definitely pretty crazy,” said the 18-year-old from Whitehorse. “Growing up there, it seemed it was a little far-fetched dream. It’s a little surreal.”

But in the end, draft night no doubt will be headlined by Hughes and Kakko.

“The two of them are at the top of this draft class,” Marr said. “Because they’re not that similar of a player, there is a difference between them. Each team knows what they like in a player. [The Devils and Rangers] both could have Jack at the top. They both could have Kakko at the top.

“So who knows what the teams are thinking.”

The hockey world will find out June 21. 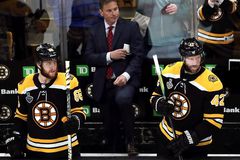 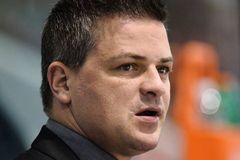 Blues and Bruins all tied up in Stanley Cup Final
Subscriber content
May 31, 2019 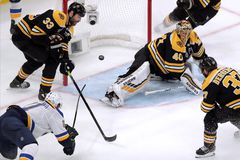