After Bill Foley agreed to pay a whopping $500 million for the right to put a hockey team in the middle of the Mojave Desert, the NHL decided his Vegas Golden Knights deserved a chance for a swift return on that investment.

If the other NHL owners had known just how huge Foley’s reward would be – and how incredibly quickly he would get it – they probably wouldn’t have been quite so nice to the new guy.

It’s too late now, though. After reaping a bonanza from one of the most generous expansion drafts in sports history, the Golden Knights are two victories away from an unbelievable Stanley Cup Final berth.

A brand-new team in a league that has been around for 101 years already has a Pacific Division title, two playoff series victories and a 2-1 lead on the Winnipeg Jets in the Western Conference finals.

“I don’t think anybody saw us here,” Vegas goalie Marc-Andre Fleury said. “It’s been a lot of fun to be part of it. Really proud of this team and the way these guys have been working. We deserve to be here.”

Fleury and the other players accomplishing this feat refer to themselves as the Golden Misfits, yet few of Vegas’ expansion draft selections were truly undesired by the clubs that lost them 11 months ago.

Instead, general manager George McPhee took full advantage of his opportunities to compile an uncommonly talented roster, and coach Gerard Gallant turned that roster into a brilliant team in shockingly swift fashion. But it all started with the draft that allowed McPhee to build this monster in less than a year.

“It had a big impact,” McPhee acknowledged. “The (expansion draft) rules were favourable. Gave us something to work with, and gave this team an opportunity to be a good team.”

The league also required teams to expose players with significant NHL experience who were under contract through next season, closing loopholes and helping Vegas even more. Third-line forwards and top-four defencemen were available from almost every team.

The easiest acquisition was Fleury, of course. The Knights got a three-time Stanley Cup winning goalie with 375 career victories for nothing, and he has largely stayed healthy while playing at a formidable level.

They plucked William Karlsson, a clearly gifted forward who had yet to reach his full potential with two NHL teams. The Swede swiftly became one of the NHL’s best players, racking up 43 goals – an NHL record for an expansion team’s first season – and 35 assists along with a plus-49 rating.

And the expansion draft terms allowed McPhee to get creative in trades with teams hoping to keep players who couldn’t fit under the protection umbrella. For instance, the Knights ended up with Reilly Smith in a trade because Florida wanted them to draft Jonathan Marchessault – and the two ex-Panthers became two of the Knights’ top four scorers.

The draft bounty isn’t the only reason these upstart Knights have immediately entered their Golden years.

All of this talent wouldn’t have won so many games without Gallant. He built a balanced, disciplined team that has rolled four lines and played relentless two-way hockey while mining untapped talents such as Karlsson and Eric Haula, who scored 29 goals after never managing more than 15 in Minnesota.

“Gerard has done a terrific job of making this a team,” McPhee said. “He has really brought a lot of players along, and they’ve played better than they’ve played anywhere else.”

Foley bought this opportunity with his $500 million expansion fee, yet nobody in the sports world expected the Golden Knights to put it all together so swiftly. That includes the 73-year-old Foley, who raised eyebrows around the league when he set a public goal of bringing the Stanley Cup to Las Vegas within six years – a goal he later revised to maybe eight years.

Instead, there’s an increasingly strong chance the Golden Knights will parade the Stanley Cup down the Strip one month from now. There are 12 other NHL teams that have never won a championship, along with seven franchises that haven’t raised the Cup in at least 23 years.

Potential NHL expansion owners in Seattle and Houston are probably thinking $500 million was a bargain, since the expansion fee is likely to go up when the league eventually awards its 32nd franchise. It also seems improbable that the NHL would ever make it this easy to build a team again.

But nothing will erase the Golden Knights’ remarkable embrace of this unusual moment in hockey history.

“It was important to the league and to Las Vegas and to Bill Foley that this franchise had a chance to work,” McPhee said. “That people that were coming to the games could enjoy the product and become real fans, and we could grow some deep roots in this marketplace. So I didn’t mind the rules.” 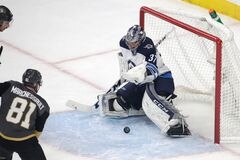 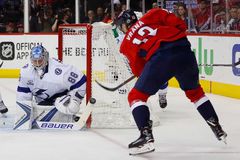 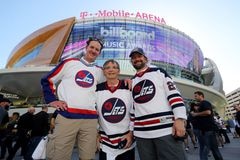