There was only one unanimous decision at the end of the NHL’s trade-deadline day – the Ottawa Senators were the losers.

Picking a winner depends on how you define winning deadline day.

If it’s who gets the best player, it’s the Vegas Golden Knights who stripped the Senators of forward Mark Stone for defence prospect Erik Brannstrom, forward Oscar Lindberg and a second-round pick in the 2020 NHL entry draft. Then the Knights signed Stone, who had 62 points in 59 games for the Senators this season, to an eight-year contract for an average of US$9.5-million a year, something the Sens could not or would not do.

If it is who gets the most good players, then the runaway winner is the Columbus Blue Jackets. Starting on Friday, three days before the deadline, Jackets general manager Jarmo Kekalainen landed the other two top deadline prizes from the Senators, forwards Matt Duchene and Ryan Dzingel. Then on Monday he added defenceman Adam McQuaid from the New York Rangers and goaltender Keith Kinkaid from the New Jersey Devils. Kekalainen also hung on to forward Artemi Panarin and goaltender Sergei Bobrovsky as self-rentals.

But there is no doubt the Senators are the big losers. Yes, they got a boatload of draft picks from Columbus but none of them are anywhere close to lottery picks.

While Brannstrom is considered a good prospect, Senators GM Pierre Dorion did not get a first-rounder for Stone, the best player available. And team owner Eugene Melnyk still can’t cover up the fact his bally-hooed rebuild has a let’s-try-this vibe to it. The rebuild never seemed to occur to anyone until after what could well be the first overall pick in this year’s draft – the Jack Hughes pick – was traded for Duchene 16 months ago.

As for the Blue Jackets – who loaded up at the trade deadline in the hope of producing a Stanley Cup – it’s been a long time since an NHL GM rolled the dice on a bet this size. Considering the Jackets have never won a playoff series in their 19 years in the league, this is quite a gamble.

Presumably, Kekalainen has the backing of team president John Davidson and the owners, because if the Jackets’ Cup run falls short they will have little to show for it. Those trades stripped the cupboards of all their best draft picks and some prospects. Also, the Blue Jackets are unlikely to keep Panarin and Bobrovsky, who are both unrestricted free agents come July 1, and may not be able to sign either Duchene or Dzingel, also heading into unrestricted free agency. McQuaid and Kinkaid are also pending free agents.

If the winner of deadline day is the team that best prepares itself for what is expected to be its biggest roadblock in the playoffs, then the Winnipeg Jets and Nashville Predators fought to a draw.

Jets GM Kevin Cheveldayoff was the busiest executive on Monday with six trades. The most important one saw him get forward Kevin Hayes from the New York Rangers for a first-round pick in this year’s draft, forward Brendan Lemieux and a conditional fourth-round pick in 2022. He also got useful fourth-line winger-centre Per Lindholm from the Toronto Maple Leafs for forward Nic Petan and reacquired forward Matt Hendricks from the Minnesota Wild for a draft pick, among other deals.

Hayes is a forward who can score and will come in handy should the Jets, as expected, engage with their Central Division mates, the Predators, in another hard-hitting, highly entertaining playoff series. Preds GM David Poile countered the Hayes trade by getting the other prize power forward in the deadline derby, Wayne Simmonds, from the Philadelphia Flyers for forward Ryan Hartman and a conditional 2020 fourth-round pick.

The rest of the Canadian teams had a quiet day. The Oilers did not make a trade while the Flames limited themselves to getting defenceman Oscar Fantenberg from the Los Angeles Kings for a conditional pick. The Vancouver Canucks and Pittsburgh Penguins swapped players who could use a change in scenery, with defenceman Erik Gudbranson going from Vancouver in exchange for winger Tanner Pearson, who never established himself in Pittsburgh after a trade last November from the Kings.

The Leafs-Jets trade was interesting from Toronto’s side of things. It showed fourth-line centre Frédérik Gauthier has played his way out of head coach Mike Babcock’s doghouse and into Lindholm’s job. Lindholm moved to the wing when Tyler Ennis broke his ankle in early December and Gauthier came down from the press box to play centre. At the time, few would have bet on Gauthier as a permanent fixture.

The move also means winger Trevor Moore, who was called up from the Leafs’ Toronto Marlies farm team on Monday, won the affections of Babcock in a couple of stints with the Leafs. The betting is that he, not Petan, will finish the season on the big team. 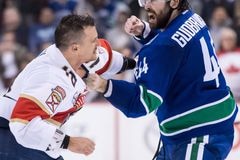 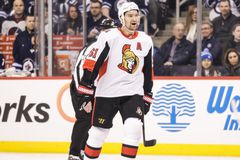 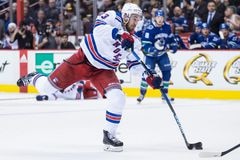 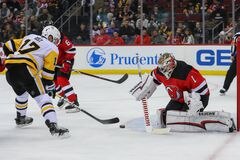