Developments south of the border related to COVID-19, however, were far less encouraging.

Manitoba announced it will allow the Winnipeg Jets to play home games during the pandemic, joining Quebec, Ontario, Alberta and British Columbia in giving the league’s plan to resume action north of the border this season a thumbs up.

Friday’s move came after the province made a minor modification to current public-health orders, allowing professional hockey to go ahead in the Manitoba capital with the NHL schedule set to begin Wednesday.

“We feel super fortunate that the government has allowed us to play,” Jets defenceman Josh Morrissey said. “To say it’s been a tough year is the understatement of my lifetime … in terms of what we’ve all been dealing with.

“Collectively, we’re all in this together and it’s been a challenge for everyone.”

But that approval from Manitoba came the same day the Dallas Stars closed their facility after six players and two staff members tested positive for COVID-19. The NHL said the Stars won’t open their season until Jan. 19, at earliest.

The Columbus Blue Jackets, meanwhile, said Friday a number of players didn’t practise “out of an abundance of caution and in accordance with NHL COVID-19 protocols.”

“It’s just another reminder of what we’re dealing with here with the virus,” Toronto Maple Leafs head coach Sheldon Keefe said. “There’s obviously no shortage of stories from other sports as well.”

Because of border restrictions related to non-essential travel, including a 14-day quarantine rule, Canada’s seven franchises will play only against each other in the newly minted North Division this season, instead of crossing into the United States. The same goes for the first two rounds of the playoffs.

“It’s just a no-go if the season entailed travel from a country with much higher transmission,” he said. “It was a requirement of public health’s approval here that the regular season would only be in Canada.”

Dr. Roussin said he understands that small business owners or people unable to visit family might be upset NHL games are going ahead, but added the league’s situation and ability to pull a season off safely isn’t on the same level.

“The difference is quite clear [when looking at] what the NHL could do [compared] to an eight-year-old recreational hockey league,” he said. “Nonetheless, it’s a frustrating time. We’ve said it time and time again.

There will be no fans present for games in Canadian NHL arenas, at least to start the schedule, while players and team staff have to adhere to a number of protocols when on the road – which include being restricted to the hotel and rink.

“The protocols here are very good,” Maple Leafs goalie Frederik Andersen said. “Of course we’re happy to do what we like to do. And I feel grateful for that.”

Players are being tested daily for the novel coronavirus during training camp. That will continue for at least the first four weeks of the regular season, but as seen in Dallas and Columbus, there is still increased risk compared with the tightly controlled bubbles the NHL employed to resume the 2019-20 campaign in Toronto and Edmonton last summer.

Leafs forward Joe Thornton said the team he was playing for in Switzerland this fall suspended operations a few times because of the virus, but he’s happy his 23rd NHL season – and first for a Canadian club – is on.

“We didn’t know if we were going to play and finally we’re here,” the 41-year-old said. “It’s been a long off-season for everybody involved – fans and players, coaches, and right down the line. We’re all excited to get this thing going.”

Ontario Sport Minister Lisa MacLeod announced Thursday the Leafs and Ottawa Senators can play host to games in 2021, posting on Twitter: “This approval was granted after close scrutiny of the rigorous health and safety protocols that will be adopted to keep players, staff and our communities safe from the spread of COVID-19.”

Quebec, Alberta and B.C. had previously given consent.

Quebec Premier François Legault had to reiterate earlier this week the Canadiens would be permitted to play in Montreal despite his government instituting a curfew from Saturday through Feb. 8 in hopes of curbing the spread of COVID-19.

And while NHL deputy commissioner Bill Daly said Dec. 24 the league believed it had an agreement in place to hold games in Canada, none of the five provinces in question – each had to sign off – provided formal confirmation until Dec. 31.

Alberta released a statement to The Canadian Press on New Year’s Eve saying it had green-lighted games for the Edmonton Oilers and Calgary Flames six days earlier, while Manitoba and B.C. both indicated their jurisdictions were still holding discussions.

The federal government previously gave the start of training camps the go-ahead and also the waived its 14-day quarantine rule under “national interest grounds” in favour of a modified plan for players and team staff returning to the country.

The Leafs and Canadiens open the shortened 56-game season Wednesday at Toronto’s Scotiabank Arena before the the Vancouver Canucks take on the Oilers at Rogers Place in Edmonton later that evening. The Jets begin their schedule by welcoming the Flames the following night at Bell MTS Place, while Ottawa gets started Jan. 15 at Canadian Tire Centre against Toronto.

“It brings optimism to our communities,” said Morrissey, who had a recent phone conversation with a Manitoba Hydro representative buoyed by the NHL’s impending return. “I just hope we can provide some excitement, something to look forward to for the people of Winnipeg, the province of Manitoba.

“Hopefully it’s a sign of good things to come.” 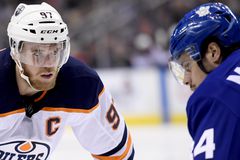 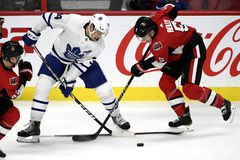 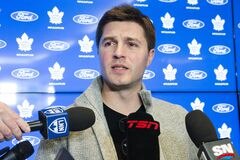