The Winnipeg Jets will soon find out if dealing with some early adversity has harmed or helped them.

Laine created more headlines when some comments he made about playing partners to a Finnish reporter were viewed as possibly insulting Jets centre Bryan Little, a regular lineman. He ended up apologizing to Little.

Byfuglien remains a question mark as the NHL club prepares for Thursday’s season opener in New York against the Rangers.

“We’ve had a lot to deal with throughout camp and the guys that have showed up and put the work in, we’re forming a pretty tight group here,” Jets captain Blake Wheeler told reporters after Laine’s deal was confirmed but before Connor’s was announced.

“It’s going to be great to welcome guys back whenever they get here. ... Hopefully we’ll hit the ground running.”

Camp also differed from last season because of another missing element – high expectations for the team.

Fans and pundits had slotted the club as a top contender to hoist the Stanley Cup after it lost to Vegas in the 2018 Western Conference final, but the Jets fell far short of those predictions.

Winnipeg (47-30-5) couldn’t get on a roll to end the regular season and was unable to flip the switch in the playoffs. The St. Louis Blues knocked them out of their first-round matchup in six games and went on to claim the Cup.

Jets goalie Connor Hellebuyck is glad to shed the weight of those expectations.

“I think we kind of built up expectations on ourselves a little bit last year and I don’t think that’s ever great for a locker room,” Hellebuyck said.

“But I think having that underdog mentality, which I think now we’re all pretty hungry to get back at it [will be good], so we have the hunger and we’re not thinking too highly of ourselves any more. We’re back to work.”

Many fans and hockey analysts are now wondering how the Jets will fare in the tough Central Division, especially with deletions from their defence.

But Hellebuyck is optimistic about the help he and returning backup Laurent Brossoit will get in front of them.

Wheeler said the skaters are collectively working to help their netminders.

“We’re real focused on the details of our game. I think it’s going to make us a stronger defensive team,” he said.

“We took a step back in that department last year so I think it’s going to enable our goalies to see a lot of pucks, eliminate some of the more egregious chances against that we gave up and, hopefully, build a real confidence in our team game so that they can carry the load for us.”

Paul Maurice enters his sixth full season with the Jets.

Connor Hellebuyck: The starting netminder went from being a Vézina finalist two seasons ago to average last season (.913 save percentage, 2.90 goals against average). He’ll need more consistency and hot outings with a less-veteran defensive group in front of him or backup Laurent Brossoit will be a viable option.

Patrik Laine: The Finnish sharp shooter has a new two-year bridge deal and will have to show his decline in goals last season (30 from 44) was a blip, while his overall game has improved.

Josh Morrissey: Management put their confidence in the Calgary native with an eight-year contract extension. Can the defenceman live up to it, and handle the extra minutes and leadership expectations that will come his way?

Can the Jets bounce back from a first-round playoff exit last season minus three starting defencemen, or four if Dustin Byfuglien retires? They have weapons on offence to make up some slack, but line juggling is still needed until the right chemistry emerges. 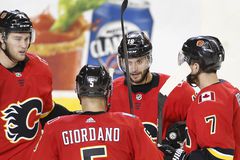 Montreal Canadiens opening the door for youngsters this season
October 1, 2019 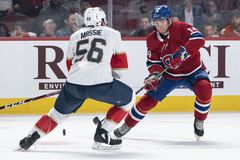 After consecutive playoff disappointments, Leafs looking to take the next step
October 2, 2019 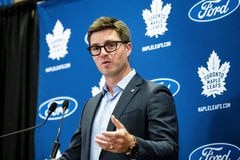