Marty Klinkenberg
Published May 19, 2021 Updated May 19, 2021
Comments
Text Size
Please log in to listen to this story. Also available in French and Mandarin. Log In Create Free Account

There is no doubt that the Maple Leafs would not be where they are today if not for Auston Matthews. Goals by him secured 12 of their victories during the regular season, and he defied history as the first Toronto player in 75 years to net more than anyone else in the National Hockey League.

The last to do it, in case you engage in sports trivia with friends, was Gaye Stewart, who had 37 in 50 games in the first NHL campaign after the end of the Second World War. Though why it has taken so long is open to debate – bad luck, a loss to a Zamboni driver, Harold Ballard – one cannot argue that the 23-year-old centre is anything but immensely gifted and the guy whom the team cannot do without.

In any other year, Matthews would win the league’s most-valuable-player award in a slam dunk. A case can still be made on his behalf, but while amazing, his 41 goals in 52 contests were eclipsed by Edmonton captain Connor McDavid and his 105 points in a season that COVID-19 reduced by one-third. But while McDavid clinched the Art Ross Trophy as the NHL’s leading points scorer, Matthews officially won the Maurice (Rocket) Richard Trophy as the league’s leading goal-scorer on Wednesday, the first Toronto player to win it.

The Maple Leafs begin the playoffs at Scotiabank Arena on Thursday with their best chance to make a stir in a long while. In the Canadiens, they face a rugged opponent with a top defensive unit and Carey Price in the net, but this Montreal contingent is not of the same pedigree as the Bruins and Capitals teams that eliminated Toronto in the first round in three of the previous four postseasons.

Matthews had seven goals and seven assists in 10 meetings with the Habs this season, which is to say that he treated them like a pinata at a birthday party. Toronto went 7-2-1 against them, and with Matthews on its side, clearly looks to have the upper hand in the best-of-seven series. This is the postseason though, and the Maple Leafs’ tortured past cannot be totally discounted.

They haven’t reached the second round of the Stanley Cup playoffs since 2004. To do so, they need Matthews and his trusty sidekick Mitch Marner in top form.

“That’s the next step that we are looking to take as a team,” Sheldon Keefe, the Toronto head coach, said Wednesday. “In order for us to do it, our best players have to be exactly that. It’s vital.”

Matthews not only scored often, but in bunches. He had two stretches of five games where he failed to score; otherwise he had 41 goals in 42 outings. He had nine multigoal games, led the league in game-winners and led in goals at even-strength with 31.

This he accomplished despite a wrist so sore that he had to sit out four nights.

“He has had a tremendous season, yet not a smooth one,” Keefe said this week. “We all know he has been dealing at different times with injury situations that directly impacted his ability to shoot and handle the puck. It makes you wonder what could have happened if he had been healthy all the way through.”

“He was scoring at a high rate as a young player even before this season, but he has taken it to another level,” Keefe said. “He is just doing it now with even greater frequency. He has always been a guy that scores in multiple ways. That is the reason you see him separating himself from others in the league.”

He was the first player chosen in the 2016 draft and has proven that he is among the elite. He is blessed with natural ability, but works hard as well.

“The elite players in this league work at their craft constantly,” said Nick Foligno, the 33-year-old forward acquired at the trade deadline from the Columbus Blue Jackets. “I watch how Auston prepares for games, how he prepares for practice, the skill work that he does, the type of guy he is in the room. He has this aura around him. You can tell he expects greatness out of himself.

“Even as an older player, you appreciate guys who are good at their craft. Auston takes it very seriously. That’s something I have always been impressed with.”

Like McDavid, with whom he trained in the offseason, Matthews does not dwell on his achievements. When he reached 40 goals this year in 49 games, he barely raised an eyebrow.

At the time, the next-closest player to him, McDavid, had 31 goals.

“We’re not going to shy away from recognizing how special Auston is,” said goaltender Jack Campbell, who admires him mostly from the other end of the ice. “I can’t imagine the pressure he has on his shoulders, but he never complains. Once the puck drops, he is going to bring it. That’s what he does every night.” 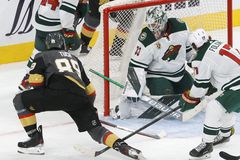 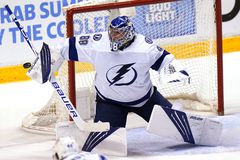 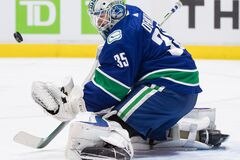