Expectations and circumstances are playing havoc with the Toronto Maple Leafs as their Christmas break approaches.

At least that is what head coach Mike Babcock seemed to think after Sunday's practice as the Leafs dealt with yet another serious injury, this time to defenceman Nikita Zaitsev, and a small sign of hope concerning injured star Auston Matthews. Until some of the talented young players who are expected to step up in the absence of Matthews learn to deal with expectations and circumstances then the pain of the Leafs' three-game losing streak will continue.

Front and centre among those needing to learn the hard lessons of the NHL are forwards William Nylander and Mitch Marner, both in their second year in the league and both noticeably quiet in the absence of Matthews. Nylander was back at centre in Sunday's practice so it appears he will get another chance to show he can replace at least some of the offence lost with Matthews.

In the four games Matthews missed with his latest stint on the sidelines, both Nylander and Marner have one assist.

Their season totals are similarly distressing for Leaf fans, as Nylander has 21 points and Marner 20 after both posted 61 points in their first full NHL seasons.

"But I think last year was one of those years in your career that you get on the ice whether you played good or not, for 16 minutes," Babcock said. "First-year guy, there are no expectations for the team, just cruising along. When you get on a good team …someone is trying to take your job every single night.

"I just think it's a hard process. The first time you're pumped up, everything is good. Now it's a grind. If you're privileged, you get to be in the same grind for 20 years."

There is an argument there is no one in sight who is about to take the jobs of either Nylander or Marner. They are both sublime offensive talents and both are 20 years old with bright futures.

But as Babcock sees it, they both are still learning there is a defensive side to the NHL game. Until that happens, they will be moved around the lineup. Babcock was asked how, then, do you give such players the right support without drowning them in constant criticism. The question was about Nylander specifically, but it applied to Marner as well.

"In saying all that, when you don't, we talk to you about it. The only thing we don't do is, we believe in doing it right so we don't get tricked just because you're skilled. If you want to be a star, you've got to dig in, put the team first and learn to play without the puck."

On the circumstance side of things, Babcock points to the schedule. During Matthews's first injury absence in early November, the Leafs won all four games. This time around they are 1-3, but in that November absence, Babcock asked, "Did we play five games in seven nights?" referring to a stretch that started 10 days ago, just before Matthews was hurt.

At the same time, Babcock says he is not blaming all of the offensive trouble on players not picking up the slack: "I guess what I would say is: How many players in our league are like [Matthews]?"

Nylander admits going four games with just one assist to show for it can be frustrating. But he is trying to keep the big picture in sight.

"You want to score but in the end you've got to stay positive and look at the fact you're creating [scoring] chances," he said. "That's most important. I'd be frustrated if I wasn't creating chances."

One place where scoring is needed the most is the Leafs' power play. In the four games since Matthews was again lost to an upper-body injury, the power play has one goal in 10 opportunities. Just getting into the offensive zone properly would be a big step forward, according to Nylander.

"I think we can set up better," he said. "I think that's been the No. 1 problem throughout the last couple of games."

Leafs centre Nazem Kadri thinks a big problem with the set-up is too many players trying to be a little too fancy.

"Just get pucks deep, keep things moving, not getting too cute and always looking for the right play," was Kadri's assessment of what is needed on the power play. "Puck speed is important. Right now we're stickhandling too much, allowing [opponents] to get in lanes, just giving their [penalty killers] a little too much time to set up."

Matthews skated on his own before Sunday's practice but did not stay out with his teammates. Babcock was hoping Matthews might play in at least one of the Leafs' three games before Christmas – Tuesday at home against the Carolina Hurricanes, Wednesday against the Columbus Blue Jackets and Saturday against the New York Rangers – but declined to make any predictions.

As for Zaitsev, whose absence is a big blow to the Leafs' defensive game and penalty killing, Babcock said he will be out for at least two weeks with what is called a lower-body injury. Defenceman Martin Marincin was called up from the Toronto Marlies farm team to fill Zaitsev's roster spot, but Connor Carrick will replace him this week. 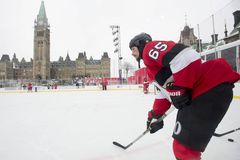 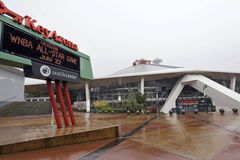 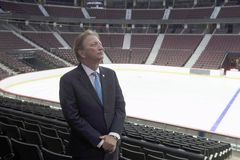