Joe Birch can't help but feel like a kid again. At 37, he is going back to school – hockey school. Only he won't be skating around pylons or listening to a coach talk about puck awareness. Mr. Birch won't even be in a classroom let alone on the ice.

The Mississauga-based junior hockey administrator will instead be sitting in front of his laptop learning about corporate finance and marketing, information technology strategies, managerial economics and quantitative analytics – all of it applied to the business of hockey.

At Athabasca University in northern Alberta, school officials have redefined what it means to be a student of the game. Beginning next month, AU will provide the first online executive MBA program as part of its Business of Hockey Institute (BHI). It is a concept born of a professional player agent (Ritch Winter), endorsed by an NHL team president (Brian Burke of the Calgary Flames) and advised by a number of administrators (Hockey Canada chief operating officer Scott Smith, American Hockey League president David Andrews, Edmonton Oilers general manager Craig MacTavish, to name but a few).

From Mr. Birch's perspective, it is both the uniqueness of the program and the collective smarts of the men behind it that attracted him and 10 others.

"I believe education is a big piece in growing as an individual," said Mr. Birch, the Ontario Hockey League's senior director of hockey development and special events. "This is like learning to skate all over again."

Mr. Winter came up with the idea of a business school for hockey three years ago. What he didn't want was the program pitched as, "Who wants to be an NHL GM and make all kinds of trades?" The plan was to entice the right people with the skills that could transform hockey into something bold, something better.

"We want people – not just sports people – who are innovators," Mr. Winter explained. "We have to create opportunities to attract the best people outside the game because we need them. Maybe it's a tech guy from Silicon Valley or a financial guy from Wall Street. We're looking for hockey's Steve Jobs."

Aligning that search with AU was a natural fit. In 1994, the university was the first in Canada to offer an interactive online MBA program. Today, it boasts the country's largest executive MBA program, with its hockey offshoot even drawing an inquiry from the Hungarian Ice Hockey Federation.

Here's how the program works: Students in Phase 1 will be taught foundational courses in finance, accounting, leadership, among other subjects. It will take a year for students to move into Phase 2, which will concentrate on specific hockey matters. In the Marketing Hockey Strategically course, students will discuss fan psychology and how a team defines itself before coming up with an overall marketing plan.

Completing the program will take time (2 1/2 years) and a healthy sum of money ($79,365). Graduates earn an MBA and a Hockey Management Certificate. Those with hockey management experience earn Professional Hockey Manager status. It's not for everyone, but that's the point. Only the best-suited, highly motivated need apply.

"What I like is that the program contains all the core elements of any other MBA program," Mr. Burke said. "That way if [the students] can't get a job in hockey, they can use it in another business. I also like the mature student component."

Mr. Burke has provided course input and will serve as an online guest speaker. The program will be done asynchronously, meaning students are able to work toward their MBA wherever they are at any time of day.

Assembling all those moving pieces landed on the desk of BHI executive director Michael Mauws. He admitted he was never much of a hockey player as a kid growing up in Portage la Prairie, Man. He eventually gave up playing to concentrate more on schoolwork. To get his university to sanction a hockey MBA, Mr. Mauws had to start at the bottom of AU's academic food chain and work his way to the top.

"I had to have this program approved by 11 different committees," Mr. Mauws said. "Because this was something new, and very different from anything we'd done before, the executive wanted to give everyone a chance to review it. As a result, it was presented to program committees, faculty committees, management committees and universitywide committees, not to mention three different board of governors committees."

AU's governors officially rubber-stamped the program early last December before it was announced in mid-January. Some of the applicants already in the university's MBA program were not admitted into the hockey program. Some "lacked a record of success in postsecondary education," Mr. Mauws said. This September, 16 students will be added to the BHI roster.

Long before getting that approval, Mr. Winter and Mr. Burke canvassed their peers asking for assistance. They approached NHL commissioner Gary Bettman and deputy commissioner Bill Daly, who said via e-mail, "We have offered to work with them and support their initiative in certain respects as may be mutually agreed."

Adding Mr. Steer played a pivotal role for one student applicant. Nathan MacDonald of Calgary is a manager at the accounting firm Crowe MacKay. He's a goalie with his men's league team, the Axemen, and was intrigued the moment he heard of the BHI. He remembered thinking, "What a bunch of lucky guys who get to go in that program."

It turned out he was soon to be one of them. "I read Fred Steer's background and it is similar to mine, so I applied," Mr. MacDonald said. "I'd like to have a financial role with any team, any league or in any related hockey business."

Those supporting the BHI program believe it is their responsibility to help keep Canada at the forefront of all things hockey. The venue may be different – boardroom versus dressing room – but it is no less important, according to Western Hockey League president Ron Robison. "Because as Canadians we all take pride in hockey and wanting it to succeed on a global basis. We're now developing the next generation of hockey leaders."

As for Mr. Birch, his life is about to get a lot busier.

Along with his OHL duties, he has a wife and two sons under the age of two. Mr. Birch's plan is to do his school work on off hours, nights and weekends. It will be a big load, he acknowledged, but one he is keen to carry.

"I was hired as the OHL's first senior director of hockey operations. Before that, I was the first director of player recruitment and education for the OHL," Mr. Birch said. "I enjoy challenges, and [the BHI program] is going to give me that." 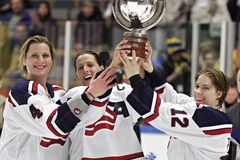