At first, it looked like the Owen Sound Attack was going to weather the loss of its two best offensive players to concussions.

With the sweaters of injured comrades Joey Hishon and Garrett Wilson hanging behind the Owen Sound bench, the Attack came out hard and dominated the first period. But they could not sustain the energy and fell apart in the second period, as the Kootenay Ice came back for a 7-3 win that ended the Attack's Memorial Cup aspirations.

Kootenay will now face the Mississauga St. Michaels Majors on Friday night to decide who will meet the Saint John Sea Dogs for the Canadian major junior hockey championship on Sunday.

"Those two guys are amazing hockey players and we wish we could have had them in our lineup," Attack forward Liam Heelis said of Wilson and Hishon. "We tried to bring our best game but in the end it wasn't enough."

The first two periods were a study in contrasts, as the Attack came out flying at the start of the game to take a 2-0 lead and then handed it all back in the second period thanks to undisciplined play and the collapse of their power play. The Ice scored three goals in a span of 3 minutes, 26 seconds to take a 3-2 lead into the third period.

Despite the loss if its two stars, Owen Sound came out living up to its nickname as soon as the first puck was dropped. It took the Ice more than five minutes to get its first shot on Owen Sound goaltender Scott Stajcer.

It was a surprise Stajcer started the game, as the Attack's other goaltender, Jordan Binnington, was one of the stars of the tournament. While Attack head coach Mark Reeds rotated three goaltenders at times over the regular season and playoffs, he started Binnington in all three previous games at the Memorial Cup. Binnington responded with a 1.53 goals-against average and .950 save percentage and shut out the Ice 5-0 in Owen Sound's first game of the tournament.

"It was good to see him in net because Binnington shut us out in the first game," said Ice forward Matt Fraser, who finished with two power-play goals.

Ice head coach Kris Knoblauch did not share Fraser's opinion. The coach thought his players decided with Wilson and Hishon on the sidelines and Stajcer in goal they could take their time getting into the game.

"We thought it was going to be easy," Knoblauch said. "They made the goaltender change and our players read too much into it.

"We found we had to work a lot harder after that first period."

Reeds did not have a convincing explanation for his decision to start Stajcer. He questioned his players' response to the change and said it was made so "our players were focused at the beginning of the game and ready to play." Presumably this was to take their minds off the loss of Wilson and Hishon.

Well, it did start well. Cameron Brace opened the scoring at 7:12 of the first period when he put a rebound behind Ice goaltender Nathan Lieuwen. Jarrod Maidens made it 2-0 for Owen Sound with 1:15 left in the period.

But it was a far more subdued Attack team that showed up for the second period. An Owen Sound power play in the first minute proved to be a bad omen, as the Attack spent most of the two minutes watching Kootenay come up with a few scoring chances.

The collapse started at 7:48 when Stajcer kicked a rebound to Kootenay forward Erik Benoit. He made a nice kick of his own, booting the puck up to his stick and then into the net. Thirteen seconds later, Joe Antilla tied the score with a shorthanded goal.

The last half of the period saw the Attack parade to the penalty box and Kootenay took the lead at 11:14 on Fraser's first power-play goal. Fraser scored another one a little more than one minute into the third period. Ice forward Cody Eakin put the game out of reach a few minutes later with his first of two goals. Max Reinhart added another shorthanded goal at 4:59 before Mike Holmes managed to score for the Attack.

Now the Ice will try to emulate the only other team in Memorial Cup history to become champions after starting the tournament 0-2, the 2009 Windsor Spitfires.

"We came into this tournament knowing we had to climb a ladder," Fraser said. "Now we have a chance for vindication. But we're still a desperate team."

Majors get measure of revenge on Attack
April 29, 2018 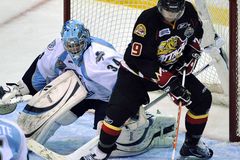 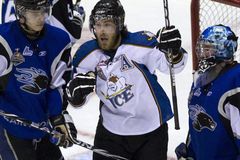 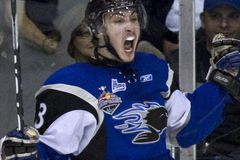 Whirling Dervish makes it back to Memorial Cup
May 2, 2018 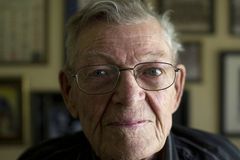