The Colorado Avalanche called their shot.

With the first pick in the 2013 NHL entry draft on Sunday, the Avs new brass of Joe Sakic and Patrick Roy ushered in a new era for the franchise by making Halifax Mooseheads star Nathan MacKinnon the first overall pick.

MacKinnon is believed to be a sure-fire star, a dynamic and explosive centre who dominated at the Memorial Cup this year with 13 points in four games and has long been compared to Sidney Crosby given both hail from Cole Harbour, N.S.

While MacKinnon doesn't have the top end talent of Crosby, he projects to be a difference maker and top line centre in the very near future and will step right into the NHL next season.

MacKinnon received a text message from Crosby wishing him luck soon after the pick was made.

"This is unbelievable," MacKinnon said. "I've dreamed about this moment for the majority of my life, and for it to finally come true and to be part of an organization like this is definitely surreal."

Part of what made MacKinnon so desirable to the Avs was the fact Roy had watched him so closely. As the coach and GM of the Quebec Remparts in the same junior league, he had a first row seat for many of the talented teen's exploits.

"I blacked out a little bit, but he just said congratulations," MacKinnon said of the first words he heard from Roy. "He's very excited about this, like me.

"I'm pretty familiar with him," he added. "I know his systems pretty well, just from studying against him in the [2012] playoffs. I'm not sure if they're going to be the same or not, but I know his style. He's a very competitive guy, and his will to win is second to none, so I'm very excited to play for him."

While the Avs are loaded with centres and appeared to have a bigger need on defence, Avs director of scouting Rick Pracey said Sunday that MacKinnon was hard to overlook.

"We are thrilled to be adding Nathan," Pracey said. "He's a skilled forward with elite skating ability and speed. He plays an aggressive, attacking game and can elevate his game when his team needs it most."

While the first pick wasn't a surprise, the draft held plenty of intrigue further down the line.

The Florida Panthers had the first one, as they took Finnish centre Aleksander Barkov second overall, which then led to Jones dropping down to the Nashville Predators in fourth after being projected to go No. 1 in the months leading up to the draft.

Most of those projections also had Barkov slipping to fourth or fifth, but his combination of size, scoring ability and defensive smarts proved too much to ignore for Panthers GM Dale Tallon.

Barkov had nearly a point a game in Finland's top league as a 17-year-old and has been compared by some scouts to Los Angeles Kings star Anze Kopitar, which is exactly what the talent strapped Panthers could use after a disastrous season.

Tampa Bay Lightning then took Halifax's Jonathan Drouin at No. 3 – adding yet another scoring forward to play with Steven Stamkos – to get the player they had targeted coming in.

The Predators weren't expecting to have a shot at Jones, but GM David Poile didn't hesitate to make the pick given he had him ranked first overall.

Jones dominated the WHL with the Portland Winterhawks and had one of the best junior seasons for a draft eligible defenceman in ages, but with so many high picks on blueliners not working out in recent years, the top three teams believed the forwards were more sure things.

Now Nashville benefits, as Jones will step right into the NHL on a blueline anchored by Shea Weber.

After back to back OHL seasons with 78 points, Monahan said Sunday he believes he can step directly into the NHL, with his strong two-way game allowing him to contribute beyond providing offence.

"I'm looking forward to it," Monahan said. "It's going to be a challenge… That's my goal. I want to play [in the NHL] this year and, if I can, make an impact and be a reliable player." 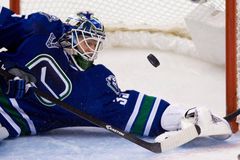 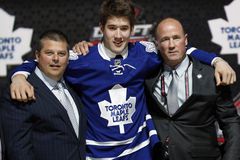 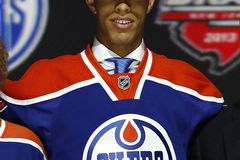 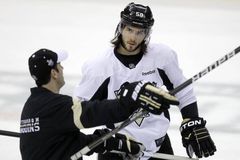 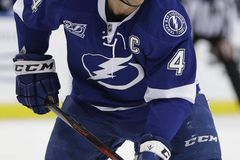 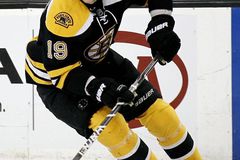 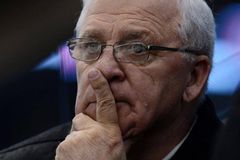 Decisions made this weekend will shape Leafs and define Nonis’ tenure
June 28, 2013 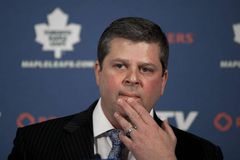