It's a problem that doesn't appear to be going anywhere.

Minor hockey registration is either flat or down in this country depending on what age range you look at, with just an estimated 10 per cent of Canadians between the ages of 5 and 19 playing the game.

"That's not a huge number," Hockey Canada's marketing director Dean McIntosh said. "It's a good number relative to historically, but it's still not a very big number."

The are myriad reasons for that and they have been widely discussed in hockey circles the past few years, with costs, concussions and fewer new Canadians taking up the game often cited as the main causes.

That trend hasn't escaped the notice of the private sector, either. A stagnating player base, after all, will mean fewer sales of all things hockey related.

That's in large part why Bauer Hockey launched an interesting and ambitious plan this week to attempt to double the number of new players entering in the game by 2022, a process that will start with an in-depth study of Canadian parents who don't put their children in the game.

Working with both Hockey Canada and USA Hockey, Bauer believes it can ultimately work to add another one million new players worldwide beyond current growth projections.

"We're going to invest some time and energy in looking at what the challenges are and what the barriers to entry are for non-hockey families," Bauer chief executive officer Kevin Davis said. "We know that when we can get kids into the sport and they have a positive first experience, they remain hockey players for life. … We're going to put the resources into this and make sure it can happen."

The project will begin by focusing on Ontario and Nova Scotia and determining the reasons player growth has not kept pace with population growth in those regions.

Overall in Canada, the number of male players playing hockey between the tyke and midget age groups appears to have peaked at slightly more than 440,000 in 2009-10. Since then, registrations have fallen two years in a row, dipping to 427,000 in 2011-12.

"It's become a sport that is too much for a middle class family to handle," said Mark Hoffberg, a graphic designer from Brampton, Ont., who doesn't plan to put his young children in hockey.

"Weekends at tournaments, league games every week," added Dan Christensen, who pointed out that challenges exist even in rural areas such as his hometown of Wynyard, Sask. "With four kids, how do you justify that for only one of your children?"

Through its own polling of parents, Hockey Canada is aware of some of those complaints and has begun to tailor some of its programs in recent years to help offset sky high ice time costs.

In some cases, that means splitting the ice surface in two and allowing two teams to practise at the same time. In others, it involves getting kids to play as part of school programs or in much shorter seasons than the typical six to eight months.

Then there's the source of Canada's population growth in recent years (roughly 5.5 per cent since 2007).

"For the most part, immigration isn't coming from countries that are historically hockey rich or have a strong hockey base," McIntosh said. "So we're introducing the game to people who have never experienced it. That's been a change over the last 20 or 25 years, but we're focusing on it much more."

Both Bauer and Hockey Canada also expect that some of what they'll find in surveying parents in those two provinces is that fears over head injuries have affected their willingness to have their children in hockey.

Concussions awareness is much higher than even five or six years ago, and multiple parents noted Wednesday that "violence" was one of the main factors they didn't like about the game.

"One of the challenges we face is ensuring parents realize that the game they see on TV, whether it's the NHL or other pro hockey, isn't the game in minor hockey," McIntosh said. "We need to do a better job of communicating that the game is about friendship, fun, fair play and the opportunity to be a young athlete."

"There are more concussions that occur in soccer every year than in hockey," Davis said. "I'm not suggesting soccer is a more dangerous sport or anything, but if we have statistics [like that] we can relate to people, it will help the sport." 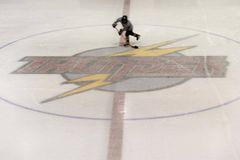 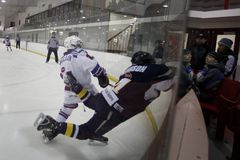 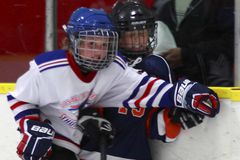