One has the feel of a nearly done deal, with its world-class arena almost finished and more than 13,000 season tickets sold.

The other is an implausible dream, a long-term play that might generate some unexpected short-term revenue given the size of the market.

But as odd as it sounds, Las Vegas and China fit with what Gary Bettman's NHL has long been about: growing the game and growing hockey-related revenues while taking the chance that the sport can work in decidedly non-hockey locales.

When Bettman met with a small group of reporters in Toronto on Monday morning, the two key topics were expansion and the Olympics. Expansion might appear to be the more pressing concern, given a new team (or teams) could begin play as early as the 2017-18 season, but the commissioner also explained the league also needs a decision on the Winter Games by about this time next year.

That decision will be for NHLers to participate at the Winter Games in both 2018 (South Korea) and 2022 (China) Winter Games, or at neither of them – the International Ice Hockey Federation has little interest in switching back and forth. "They either want us in for both, or not," Bettman said.

Meanwhile, Vegas and Quebec City remain in the running to become the NHL's 31st and 32nd teams for astronomical price tags, at least $500-million (U.S.) each.

But Bettman insists the league is still considering the cities' respective bids and that nothing will be announced imminently, even though there are rumours the NHL could make a big announcement in January at the all-star game in Nashville, Tenn.

Vegas appeals to Bettman and the league's governors for obvious reasons: There's money there, from the casinos and snowbirds and sports-crazy locals who hunger for a major professional franchise in the city. And the league is interested in getting a bigger slice of the enormous fantasy and gaming market that has already buoyed NFL and NBA revenues.

But like so many of the NHL's forays into new markets in the United States the past 25 years, Vegas is far from a guaranteed success. And Bettman is cautioning governors that the last thing they need is a team that only draws from the league's existing revenues – from televisions deals etc. – without helping to increase them.

"Each team you add, there's a diminution of the national revenue share that each club currently gets," Bettman said. "It's not [only] a windfall in the expansion payment – it's just giving [the existing 30 owners] money that you're giving up over time."

There are cautionary tales to that effect on Bettman's resume. He was commissioner when the NHL added franchises in southern markets such as Texas, Arizona, North Carolina, Tennessee and Georgia in a seven-season span (1993-99).

Now the Atlanta Thrashers are long gone but thriving – in the words of deputy commissioner Bill Daly on Monday – "beyond our wildest dreams" in Winnipeg. Of the others in that group of new teams, only the Dallas Stars are undeniably healthy.

Even with the beautiful building, the season-ticket deposits and the novelty-factor appeal of a new team, Vegas is likely in for some hard years at the bottom of the revenue table.

But that's a bet Bettman has made before. And he currently has many struggling owners who are anxious to cash in on that initial expansion-fee windfall, long-term implications be damned.

The more intriguing and less discussed play for the NHL is China. The league has been pleasantly surprised by the success of its broadcasting agreement with CCTV-5 – the country's primary sports channel – which is now in its third year and includes the Stanley Cup final.

The game is also making inroads in terms of participation there. The NHL has drafted its first Chinese player, Andong Song, who was picked by the New York Islanders last June.

And if the NHL commits to the next two Winter Olympics, it will do so largely because the 2022 Winter Games are in Beijing. There are even rumours that the NHL hopes to play select games in China within the next few years.

"It's a very big country, and hockey right now has a very small place," Bettman said. "This is an opportunity to jump-start the impact that our game has on the sporting life in China.

"The question is, would the fact that the Winter Olympics is in Beijing give us an opportunity to make a real impression in China, where hockey is really in an embryonic state? That's a discussion we have to have … That's the question. I don't know the answer."

But Bettman has never been afraid of venturing into uncharted territory – and hoping for the best. 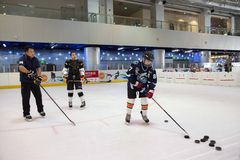 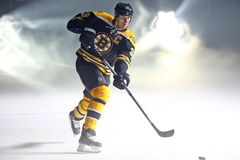 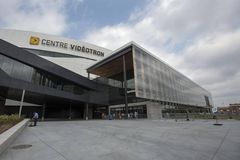