NHL commissioner Gary Bettman's continued emphatic denial of a link between concussions and the brain disease chronic traumatic encephalopathy (CTE) had many members of the medical and legal community up in arms on Wednesday.

One respected concussion doctor went so far as to call Bettman's 24-page letter – which was filed in court recently in response to pointed questions from a U.S. senator – "horrible" from an ethical perspective.

"Doctors do know that multiple traumas [to the head] cause temporary and permanent injury," said Paul Echlin, who runs a sports-medicine clinic in Burlington, Ont. "That's been well proven. To try to grey it over and to try and make it not that clear is not responsible. Ethically, it's horrible."

Charles Tator, a Toronto neurosurgeon who has become the dean of concussion research in Canada and a constant thorn in the NHL's side, offered a more cautious response to the letter.

Tator said that he appreciated the extent to which Bettman had done research on the issue and agreed that the medical community's work establishing links between trauma and CTE is far from complete. Doctors still don't know, for example, why some NHL players with extensive concussion histories – such as Steve Montador – were found to have CTE and others – such as Todd Ewen – were not.

But Tator argued that the NHL needs to become a stakeholder in that ground-breaking research, working with doctors such as himself to investigate these issues. The NHL could become a powerful advocate in advising players and families about the importance of donating their brains posthumously, Tator said, and could contribute far more financially to better establish the very links Bettman is disputing.

KELLY: Unsealed e-mails show an NHL in the midst of an existential crisis

Tator explained that his group, the Canadian Sports Concussion Project, would have liked to have examined Hall of Famer Gordie Howe's brain for evidence of CTE, for example.

"I think they could be doing more," Tator said of Bettman and the NHL. "That's for sure. … We need to continue this research. It's really necessary to do it. We owe it to the next generation of players to get this sorted this out. Another generation shouldn't go by without this being solved."

CTE was one of the key concerns raised by U.S. Senator Richard Blumenthal last month when he made a direct request to Bettman to address "the safety of your sport" and the connection between concussions suffered during NHL games and long-term brain damage.

Blumenthal, a graduate of Harvard and Yale, who is the senior senator from Connecticut, referenced the death of former New York Rangers enforcer Derek Boogaard – who was posthumously found to have CTE – in his letter to Bettman.

Boogaard is one of at least six former NHL players to have been diagnosed with the disease, and his family has filed a wrongful-death lawsuit against the league.

"Unfortunately, the NHL's response following the NFL's admission [of the link between football and CTE] has been dismissive and disappointing," Blumenthal wrote.

A large portion at the end of Bettman's letter in response was dedicated to blaming the media and lawyers for former players for "fear mongering" on the issue of CTE.

"The bottom line is that none of the research to this point in time has established a causal link between CTE and concussions in team sports generally, much less in NHL hockey," Bettman wrote. "… No medical scientific study has ever concluded that concussions suffered by players who have played hockey at the NHL level can or do cause degenerative 'brain diseases.'"

Multiple lawyers involved in concussion litigation and a high-profile NHL player agent joined Echlin in denouncing the commissioner's letter, which was written in detailed and dense legalese, including footnotes.

"He has abdicated any claim of acting as the gatekeeper of NHL players' health and safety," said Allan Walsh, an agent for several star players. "His statements continue to put players at risk and are in direct contravention of the NFL's admission of a link between concussions and CTE. Bettman is on the wrong side of the known scientific evidence, and it will be shown he's also on the wrong side of history."

"I think his letter is outrageous," said Paul D. Anderson, a Kansas City lawyer who has represented many former NFL players in concussion lawsuits and runs NFLconcussionlitigation.com. "Frankly, I'm shocked that it was even published. It does a terrible disservice from a public-health perspective."

Charles Zimmerman, one of the lead lawyers for former NHL players in an ongoing concussion lawsuit, went one step further, comparing Bettman's statements to the legal strategy of tobacco industry lawyers who fought the notion of a connection between cigarettes and health concerns.

"I can't answer why the commissioner denies the link with CTE except to think that he is trying to defend the NHL's inaction and follow advice of counsel who likely developed this deny strategy while defending tobacco interest many years ago," Zimmerman said in a statement to The Globe and Mail. "The parallels are stunning: introduce controversy and uncertainty into adverse risks so that they do not have to take action or be held responsible. To me the right thing to do is be a leader and be proactive to protect your players – not subject them to further risk and potential life-shattering harm."

One area where Tator strongly disagreed with Bettman was his claims that the media is overblowing the potential dangers of concussions, noting that the growing awareness of diseases such as CTE has been a huge catalyst in making sports such as football and hockey safer in recent years.

That public pressure has led to the point that someone as powerful as Bettman was forced to state their position on the record to an elected official, Tator said.

"He didn't do this voluntary," Tator said. "This has risen to the highest echelons of legislative authority, so he couldn't ignore this. He can ignore Charles Tator, but he can't ignore the Honourable Richard Blumenthal."

Bettman vs. the experts

In Gary Bettman's 24-page letter this week about concussions and neurodegenerative disorders, the NHL commissioner repeatedly underlines his position that there is no proved link between brain injuries and chronic traumatic encephalopathy (CTE).

The letter was issued in response to questions posed in June by United States Senator Richard Blumenthal. It was also filed in a Minnesota court, as part of an ongoing concussion lawsuit.

"The science regarding CTE, including on the asserted 'link' to concussions that you reference, remains nascent."

Bettman does use the word "potential." The commissioner writes that the league has warned players about "the potential risk of lasting effects of concussion symptoms."

A primary target is "the media." Bettman claims so-called misinformation – with "misinformation" printed in bold letters – led the NHL Players' Association in 2011 to begin "briefing the players on CTE."

Bettman later writes: "The confusion in the press about CTE – no doubt further fuelled by plaintiffs' counsel in the NHL litigation – relates to the simple and incontrovertible fact that none of the brain studies conducted to date can, as a matter of accepted scientific methodology, prove anything about causation."

Bettman thereafter again stresses that there is no "casual link" between CTE and repeated concussive and sub-concussive impacts.

He cited a consensus statement that emerged in 2012 from a conference in Zurich on concussions in sport: "It was … agreed that a cause and effect relationship has not yet been demonstrated between CTE and concussions or exposure to contact sports."

In late-2013, the first of several proposed class-action cases by former NHL players was filed against the league, generally focused on the league failing to warn players about the long-term effects of concussions.

The next year, Minnesota was chosen as the venue for the dispute. The case is ongoing and the judge has denied two attempts by the NHL to have the case dismissed.

The CTE Center at Boston University, a nexus for the study of the condition, states a perceived causation – but not a proved one: "We believe CTE is caused by repetitive brain trauma."

The Psychiatry Neuroimaging Laboratory at Harvard Medical School puts it similarly: "CTE is thought to result from repetitive brain trauma … CTE has been observed most often in professional athletes who are involved in contact sports."

In March, Jeff Miller, the NFL's senior vice-president of health and safety policy, was asked at a Congressional committee meeting in Washington, D.C. if there was an established link between football and neurodegenerative diseases such as CTE. "The answer to that question is certainly yes," Miller said.

Bennet Omalu, the doctor who uncovered CTE in 2002 in the brain of retired football Hall of Fame centre Mike Webster, is definitive. "CTE is," Omalu declares on his foundation's website, "a progressive degenerative disease that afflicts the brain of people who have suffered repeated concussions and traumatic brain injuries."

A study published in the journal JAMA Neurology this year reported that CTE was found in a 25-year-old who had played football in college, but not professionally. A link was underscored, but not definitely proven; the authors instead wrote that CTE is "associated" with repetitive head impacts. 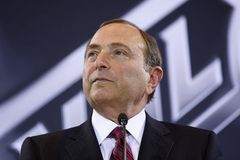 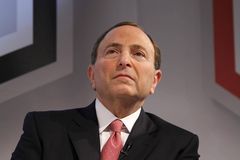