The first thing they tell someone looking around the Carolina Hurricanes dressing room for Jeff Skinner is "he's the one who looks 12 years old."

He looks so young his teammates are trying to hang the nickname Bieber on him, as in Justin Bieber, 16, the current heartthrob of the teenybopper set.

"The week of the all-star festivities was like the Bieber fever for him," Hurricanes captain Eric Staal said. "He was everywhere and there were people screaming for him. And he's got a Bieber look with that hair and stuff."

When Skinner arrives a few minutes later, his light brown curls and boyish looks are exactly as described by Staal.

But make no mistake, this is a determined young man. It was no happy accident that Skinner made the NHL to stay this season as an 18-year-old.

After the Hurricanes picked him seventh overall in the 2010 NHL entry draft, Skinner vowed to make the jump from the Kitchener Rangers of the Ontario Hockey League to the big show. His 50 goals and 90 points in his last season in junior hockey gave Skinner a leg up on his goal but he knew there are not many 18-year-olds who manage to stick in the NHL.

To prepare, Skinner turned to one of the people he rooted for when he grew up in Markham, Ont., just north of Toronto, as a fan of the Maple Leafs. Gary Roberts, known as a fitness maniac when he played, is now a player development consultant with the Dallas Stars and trains several other young NHLers like Steven Stamkos of the Tampa Bay Lightning. Skinner turned himself over to Roberts's gruelling regimen last summer with an eye to making the Hurricanes.

"I obviously wanted to make Carolina," he said Thursday on a hometown visit with the Hurricanes to play the Maple Leafs. "You go into camp and hope to make the team. That was my mindset going into Carolina."

Skinner did all that and more this season. After running up 14 points in 14 games in January, the young forward was picked as the NHL's rookie of the month. He is now running neck-and-neck with Logan Couture of the San Jose Sharks for this season's rookie of the year.

This is traditionally the time for rookies to cool off, as teenagers begin to feel the effects of the NHL's 82-game season. What makes Skinner special is that he is getting better with every game. There is no sign of him slowing down the pace that brought him 40 points in 51 games going into the game against the Maple Leafs.

"That's the biggest thing," Staal said. "That's what is going to make him not only a good player in this league but a great player."

Leaf defenceman Luke Schenn says it is Skinner's elusiveness that makes him so good. Schenn thinks Skinner's background as a figure skater gave him the skating ability he uses so well now. "You never know which way he's going to go," Schenn said.

Skinner, who did well enough to finish third in one Canadian national figure-skating competition before he switched to hockey, agrees the sport gave him a good start.

His coach, Paul Maurice, thinks Skinner is also blessed with the smarts to go with his determination.

"He understands the game very well so there's not that teaching curve," Maurice said. "All he's doing now is grasping experience. He found a way to change his game based on his experience.

"He's starting to learn who he can beat one-on-one and what plays he can make. It's very difficult for a player to come into this league not knowing the defencemen and defensive schemes and really flourish. I find he picks that up very well."

What Skinner would like to do now is find a way to make that nickname go away. "Hopefully, it won't stick," he said.

Maurice claims to be giving Skinner a little help in that department.

"We're going to change his nickname to Ozzie or something cool," he said. "Ozzie is way cooler so we're changing it." 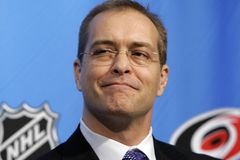 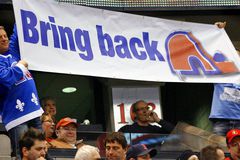 Leafs not looking for retribution on Gleason
February 3, 2011 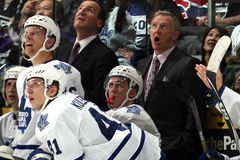