Big Apple equals big prices when it comes to buying a Stanley Cup final ticket on the secondary market.

SeatGeek, an aggregator for the secondary ticket market, reports a "very high" demand for tickets in both Los Angeles and New York.

"But there's a huge difference between the two cities," SeatGeek spokesman Connor Gregoire said Tuesday from New York. "It's much more a seller's market in New York."

"It's actually cheaper, say you're a Rangers fan in New York, for you to book a last-minute round-trip flight to L.A., stay in a hotel, buy two tickets to Game 1 or 2," said Gregoire. "You'd actually save money doing that versus buying two tickets in New York."

Cameron Papp, a spokesman for ticket reseller StubHub, quoted an average price for Game 1 in Los Angeles at around $760 with Game 3 in New York at about $1,500.

"New York actually hasn't seen a title in a while," he said from San Francisco. "A lot of fans are excited about it and that's what's driving up demand for this Stanley Cup final."

Seeing the Rangers is a tough ticket during the regular season. Add pent-up demand due to a 20-year absence from the Cup final and New Yorkers' desire to see a winner and you have a recipe for a sticker shock.

Plus there are sports fans with some deep pockets there.

They need them. Face value for most Rangers Cup final tickets start at $450 with an average of $750, according to Gregoire. Ice-level seats at Madison Square Garden can exceed $1,000.

Rangers forward Derek Stepan says the good news for him is that most people understand that he can't help them with tickets.

"There's not too many people that are reaching out because they know that in this situation, that it's going to be family only," he said.

"It is crazy though," he said of the demand for tickets.

SeatGeek, established in September, 2009, has only seen one event with more ticket sizzle – the Super Bowl earlier this year in the New York/New Jersey area.

The average price for that Super Bowl on the secondary ticket market was $2,500. "So you're getting pretty close to that stratosphere," Gregoire said, referring to the Cup final.

He believes this Cup final could equal that Super Bowl mark if the Rangers have a shot at closing out the series in Game 4 or 6.

"You're going to see a huge spike in prices," he said.

And Game 6 tickets are already averaging $2,300. "It's pretty much there, at Super Bowl levels already."

As of Tuesday afternoon, StubHub had 2,750 seats on offer for both Game 1 in Los Angeles and Game 4 in New York, with the number going down.

Gregoire said usually 20 to 25 per cent of the arena is available on secondary outlets.

The SeatGeek spokesman says if you have the cash and the desire to go to the final, don't wait.

"Normally tickets on the secondary market come down in price, especially the last day of the game when sellers are happy to take whatever they can get for their tickets. But in the Stanley Cup finals or championship series in any sport really, there's so much demand … fans are sort of out of luck if they're hoping to score a last-minute bargain-basement deal."

The Rangers are always a good draw, says Papp.

This year, they were third behind the Blackhawks and Bruins on the StubHub sales table.

"It's a pretty hot ticket, especially when the Knicks aren't doing so well," he added.

"We're going to see some demand from Los Angeles too. I just think it's a little early."

In other words, Kings fans are coming off their Game 7 win in Chicago while Rangers fans have had time to mull over buying tickets since eliminated the Canadiens late last week.

As for StubHub, it's hoping for a long series.

"We always like more games," Papp said with a laugh. "Hopefully it's going to be a great series." 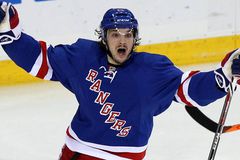 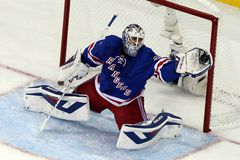 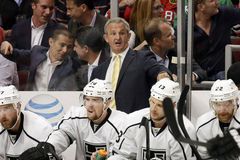 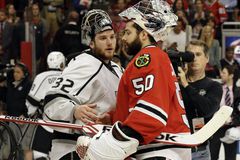 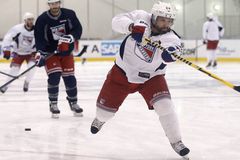