Thanks to the enforcement of rules that make for more wide-open hockey, Bobby Orr would enjoy playing in this era of the NHL.

But from his perspective as an agent and former player, the Hall of Fame defenceman sees plenty of things he would like to change. In his autobiography, Orr: My Story, he details what he think would make the game safer: namely putting the red line back in to slow things down and getting rid of the trapezoid to cut down on hits behind the net.

"The last thing I want to see is hitting being taken out of the game," Orr said in an interview with The Canadian Press. "We're a physical game: with the size and having the pucks and sticks, we're going to have injuries. It's just the silly hits from behind, players trying to intimidate other players that don't play like that, I think that's what's wrong."

Orr thinks the game is more dangerous now, after 2005 rule changes that were designed to create more offence, like eliminating the red-line for two-line passes and pushing the blueline out to give players more room to manoeuvre in the offensive zone, especially on the power play.

Rule 48 was instituted to punish players for hits to the head, something that's a far cry from Orr's first game, when he took an elbow from the Detroit Red Wings' Gordie Howe and told teammates he pretty much deserved it. Players are bigger and stronger now, and Orr knows the NHL has changed a lot in the past 40 years.

But one thing the eight-time Norris Trophy-winner doesn't want to change is fighting. Orr wants it to remain part of the game.

In the book, he uses the example of the Montreal Canadiens having John Ferguson to keep the peace but also to play good, solid hockey.

"If a player is trying to intimidate a skilled player on your team, what do we want? We want our skilled players playing, so we shouldn't be doing that," said Orr, who had 42 fights in the NHL according to HockeyFights.com. "My stand on fighting is if we eliminate it completely, that fear of getting beat up is a great deterrent. We don't need guys running around poking and using their stick and hitting (players) that don't normally hit."

Orr supports eliminating staged fights pre-planned at the drop of the puck off a face-off and those that follow clean hits. He wants the onus to be on officials to know the tone of a game and decide whether to give out extra penalties depending on the situation.

But that's with fighting serving as a deterrent.

"Let the players police that ice," Orr said. "They'll straighten it out. There'll be an understanding."

Orr said the game as it is now is in "great shape" because of the depth of talent throughout the league. His concerns have to do with those talented players being victimized by cheap or dirty hits or goaded into dropping the gloves.

Crosby missed the end of the 2013 regular season because of a broken jaw the Pittsburgh Penguins captain suffered when hit by a puck that deflected up into his face. That's a freak accident, as it was when New York Rangers defenceman Marc Staal took a puck to the right eye that caused lingering vision problems.

But Orr pointed to Boston Bruins forward Gregory Campbell's broken leg while blocking a shot on a penalty kill in last year's playoffs as an instance in which new rules proved costly.

"There are more penalties, and penalty-killing is difficult, there's four feet added inside the offensive zone and they load the one side and put out that guy for the one-timer," Orr said. "And the coach says block the shot. Many players are getting injured seriously from deflected pucks and so on."

Orr likes that referees have given more leeway on obstruction to slow players down than they did coming out of the lockout and haven't called as many penalties in the years since. In his estimation, not being able to hook and hold has increased the speed of the game and made it a "little more dangerous."

As part of his "State of the Game" chapter, Orr writes in support of no-touch icing. He said Tuesday that he loves the hybrid icing the NHL has instituted beginning this season.

"I haven't seen a player get hit harshly this season," Orr said. "I watch a lot of hockey, and I think the new icing rule, hybrid icing is great."

Orr doesn't want "radical innovations in the most exciting game on the planet," nor does he think putting out a book will make the board of governors and general managers see everything his way.

"I'm not trying to change the rules. I have an opinion," Orr said. "I'm not sure they're going to listen to me."

Of course it's the opinion of an eight-time Norris Trophy winner, which means it holds some weight.

'Orr: My Story' is defenceman’s mix of life experience and hockey advice
October 15, 2013 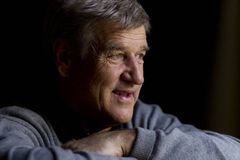 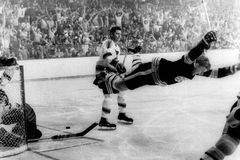