Ryan Stanton added his first goal in more than a year as Vancouver (23-12-3) improved to 5-1-1 over its last seven games.

Eddie Lack made 21 saves for the Canucks in his first start since Dec. 17.

Matt Martin and Mikhail Grabovski scored for New York (26-13-1), which got 17 stops from Jarolsav Halak. The Islanders were coming off a 5-2 loss to the Edmonton Oilers on Sunday night.

Vancouver grabbed a 2-1 lead at 8:01 of the second period after New York defenceman Thomas Hickey tried to clear the puck up the middle of the Islanders' zone. It was intercepted by Kevin Bieksa at the blue-line and he fired a shot that Bonino redirected in front of Halak before shovelling home the rebound for his ninth of the season.

Bonino pumped his fist in delight as he celebrated his first goal in eight games and just the second in the last 24.

Vey then stretched the lead to two at 17:36 thanks to another Hickey mistake. The Islanders defenceman turned the puck over at the Vancouver blue-line on a rush and Derek Dorsett fed a streaking Vey, who moved in alone and fired a shot through Halak's pads for his sixth of the season and first in 13 games.

Vey was supposed to be a healthy scratch for the second-straight game, but got into the lineup after Canucks leading scorer Radim Vrbata came down with an illness.

The Canucks nursed that 3-1 lead in the third period, holding the Islanders to just two shots through the first 10 minutes as Lack was rarely threatened until Grabovski scored his sixth of the season and first in 11 games off a pass from Kyle Okposo after a Bieksa turnover at 14:33.

Lack and the Canucks were embarrassed by the Islanders at Rogers Arena last March in a game that saw Vancouver blow a 3-0 third-period lead in a 7-4 loss, but the hosts would hold off a late charge on this night.

The Canucks reunited Alexandre Burrows with Henrik and Daniel Sedin on the No. 1 for the first time this season and were supposed to have Vrbata play with Bonino and Chris Higgins on the second unit before Vrbata was scratched.

Lack, who celebrated his 27th birthday on Monday, got the call in place of No. 1 goalie Ryan Miller, who is 4-1-1 in his last six with a .950 save percentage.

The Islanders opened the scoring at 9:38 of the first period after Islanders defenceman Travis Hamonic moved down the right side off the rush and threw the puck in front to Martin, who fought off a check from Bieksa to direct home his fourth of the season.

The Canucks got that one back less than three minutes later from an unlikely source. Vancouver forward Brad Richardson jumped on a New York turnover behind Halak's net and walked out front. The New York goaltender made the first save, but the rebound squirted Stanton and the pinching defenceman scored his first goal in 84 games dating back to Oct. 17, 2013 against the Buffalo Sabres.

Vancouver had the only other clear-cut chance in dying second of the period when Daniel and Henrik Sedin moved in on a short-handed 2-on-1 break, but they failed get a shot off.

Notes: The Canucks lost Richardson to a lower-body injury in the second period. ... Grabovski's goal was just his second in the last 22 games. ... Vancouver continues a five-game homestand on Thursday against Roberto Luongo and the Florida Panthers. Luongo held a press conference at Rogers Arena on Tuesday. The 35-year-old said he might still be a member of the Canucks if had started last season's Heritage Classic. Former head coach John Tortorella instead chose to go with Lack in the showcase outdoor game at B.C. Place Stadium against the Ottawa Senators on March 2, a game Vancouver lost 4-2. Luongo was traded to Florida two days later in a move that was widely speculated to be precipitated by the Heritage Classic snub. ... The Islanders visit the New Jersey Devils on Friday. 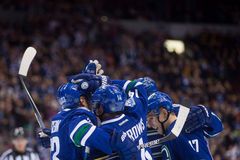 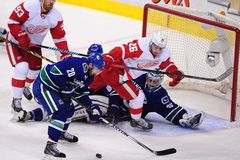 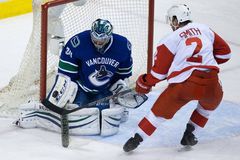 Kassian ready to return from injury, but future with Canucks in doubt
January 2, 2015 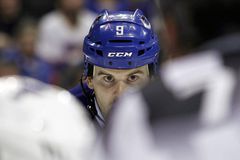