When concussed athletes visit Patrick Neary's lab at the University of Regina, he asks them to hold their breath for 20 seconds while he measures the blood flow to their brains. He also gets them to hyperventilate.

The strange drills are designed to help Dr. Neary learn more about the biology of concussions, including the changes in cerebral blood flow and heart rate that may be triggered by the brain injury. His goal is to come up with new techniques that will take the guess work out of diagnosing concussions, also known as mild traumatic brain injuries.

Most concussions don't show up on brain scans and symptoms sometimes don't appear for a day or more. Concussed athletes have been known to hide the fact they have headaches or dizzy spells because they want to keep playing and don't want to seem weak. Young children can have difficulty describing symptoms, which can include feeling confused or being sensitive to light or sound.

But it is important to know if someone has sustained a concussion; if a second brain injury occurs before the first one has healed the result can be devastating and, in rare cases, deadly.

Ultimately, Dr. Neary would like to develop new diagnostic techniques that a trainer or doctor could use in a dressing room and that would identify a concussion in a player like Pittsburgh Penguin star Sidney Crosby, who said he felt no symptoms after being blindsided in game on Jan. 1. Four days later, he was crushed against the glass by a Tampa Bay Lightning defenceman. He hasn't played a game since.

Concussions occur when there is rapid acceleration or deceleration of the head and the brain moves or rotates inside the skull. Researchers are beginning to piece together the cascade of chemical changes that result from this type of injury and how they affect the brain and body.

So far, more than 30 concussed high school and varsity athletes have volunteered to help Dr. Neary study what is different about their brains. They usually arrive at his laboratory within a day or two of being injured.

He measures blood flow to their brains with a transcranial Doppler, a form of ultrasound.

The differences in cerebral blood flow between a concussed and a healthy brain are subtle and there is a wide range of natural variability between individuals. So, Dr. Neary devised two small challenges to help him identify signs of a concussion.

He asks the athletes to hold their breath for 20 seconds, then to breathe normally for 40 seconds, and to repeat the exercise five times. In healthy individuals, this results in significant increase in blood flow to the brain, but not, it appears, in concussed athletes.

In the second challenge, similar to the first, he asks them to hyperventilate for 20 seconds. This normally decreases the flow of blood to the brain, but the drop is more dramatic in concussed individuals.

These are preliminary findings Dr. Neary cautions, and have not been published in a scientific journal. Blood flow in the brains of the concussed athletes usually returned to normal patterns within 7 to 10 days.

Concussions can also alter the electrical activity of the brain.

The National Research Council's Ryan D'Arcy is working on a portable device that he hopes will be able to detect some of these differences. In particular, he wants to know how a concussed brain responds to different kinds of stimuli, including tones and verbal statements.

If the device proves successful in detecting concussions, someone without any medical training could use it to help assess an athlete at a rink or soccer pitch, says Dr D'Arcy.

Concussions may affect part of the brain involved in regulating heart rate. There is evidence that concussed athletes have a less variable heart rate, that it goes up less, even as their level of activity increases.

Dr. Neary, whose work is funded by the Canadian Institutes of Health Research and the Saskatchewan Health Research Foundation, studies heart rate variability in concussed athletes, once they feel well enough to do moderate exercise. A third technique, a form of optical imaging, allows him to measure oxygen levels in their brains.

He says he is close to combining all three approaches into a new way to diagnose concussions and to help determine when an athlete has recovered.

"I would be interested in working with the National Hockey League, Canadian Football League and other professional and amateur teams," he says. 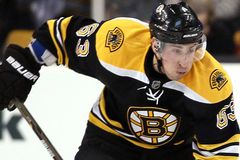 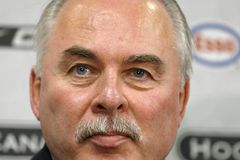 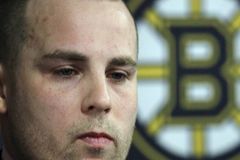 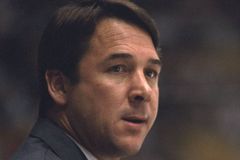 Opinion
More half-measures from the NHL on head shots
March 16, 2011 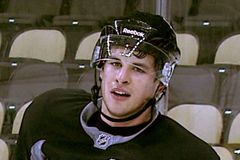 Opinion
When sponsors face off with the NHL, the empowered fan wins
March 24, 2011 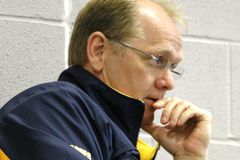