He's got the family name going for him, too.

The Sabres addressed a key top-line need by selecting the Western Hockey League player of the year and son of former NHLer Paul Reinhart with the second overall pick in the draft on Friday night.

Listed at 6-foot-1 and 186 pounds, the 18-year-old Reinhart has a chance to make the immediate jump to the NHL this season after leading Kootenay with 105 points (36 goals, 69 assists) in 60 games last season. He was just as productive in the playoffs, during which he had six goals and 17 assists in 13 games.

"Watching him play, he rose to the occasion in big games," general manager Tim Murray said. "He's just so smart. ... He has the ability to be special and make the players around him really special."

The Sabres were anything but special last year, when they bottomed out with one of the worst seasons in franchise history. Buffalo (21-51-10) finished last in the NHL standings, set a franchise record for losses and they set a post-NHL-expansion-era low by scoring just 150 goals.

Reinhart had an inkling of the Sabres' interest in selecting him, and spent the past few months looking forward to the possibility of playing in Buffalo.

"I've pictured myself in this uniform for quite some time and I'm excited," Reinhart said. "I'm very motivated to step into the league next year with a young team that's developing very well and to make an impact."

Reinhart is regarded to have keen on-ice instincts, is a solid two-way player, and was also the WHL's most sportsmanlike player after picking up just 11 penalty minutes.

Landing a top-line centre was the team's top priority entering the draft. The Sabres had the choice of the top three centre prospects available after the Florida Panthers opened the draft picking defenceman Aaron Ekblad.

Murray said he began focusing on Reinhart in February, and had him pegged as the team's top pick in May.

The Sabres have three picks in the second round, including the first one, and seven overall on Saturday.

Reinhart is a two-time 30-goal-scorer and had 101 goals and 254 points in 203 games over three-plus seasons with Kootenay. He also has leadership potential after captaining Canada's Under-18 team to win the Ivan Hlinka Memorial tournament championship in 2012.

And he becomes the latest member of the Reinhart family to get drafted.

His father was selected 12th overall by the Atlanta Flames in 1979, and spent 11 seasons in the league split between the Flames and Vancouver. Then there are Sam Reinhart's two older brothers, Max, who was selected by Calgary in the third round of the 2010 draft, and Griffin, who was chosen fourth overall by the New York Islanders in 2012.

His brothers' experiences have helped make Reinhart familiar with the challenges ahead in his bid to play in the NHL.

"I know it's not going to be given to me right away, but I'm going to do everything I can to step in and make an impact and take advantage of every opportunity," Reinhart said. "I'm thrilled the way it turned out."

Murray failed in an attempt to trade back into the first round, saying he was unable to find any takers even after offering all three second-round picks to seven teams. He's still open to making trades on Saturday.

"It's a new start to the draft tomorrow," Murray said. "So hopefully somebody has somebody on the board, and they they're willing to overpay. That would be great." 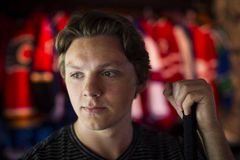 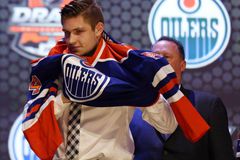 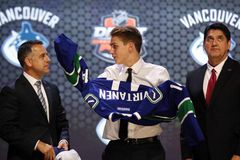 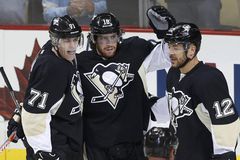 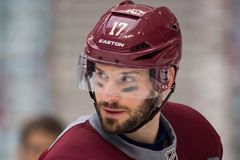