Alex Ovechkin is running away with the NHL's goal-scoring race again.

After a slow start, the Washington Capitals star had 29 goals in his past 33 games (going into Sunday's game against Boston) and was on pace for nearly 55 goals, a number he hasn't hit since 2009.

If he stays hot, he'll easily hit that – and no one will catch him.

What's most remarkable about that isn't the goal total, however. It's that Ovechkin turns 30 years old in September, and with the way the NHL is getting younger and more and more veteran goal scorers are facing premature retirement, he's increasingly an anomaly.

In NHL history, only 21 players have ever hit 50 goals at age 29 or later. If you adjust for his low-scoring era, Ovechkin's 55ish goals this season will rank as one of the most impressive seasons for an "old" player in league history.

Twenty-nine used to be considered part of an elite player's peak, but increasingly, research shows offensive players top out much earlier (closer to 24). Ovechkin also plays a hard-charging, physical style which should be taking its toll on his body, but he appears to be one of those genetic freaks – like Zdeno Chara – who can stay dominant into at least his early 30s.

One of the unfortunate things about this era of parity is that some of the NHL's superlative talents such as Ovechkin may never get to shine deep into the playoffs.

And with 30 fairly balanced teams, a lower percentage of players than ever before will win a Stanley Cup in their careers.

Now in his 10th season, Ovechkin has never been past the second round, a failing that is placed on him far too often. After taking a lot of undeserved heat for his plus-minus (of all things) last year, he is proving he is one of the sport's greats, an undisputed Hall of Famer who can do things few imagined possible.

This season is right up there.

The NHL's standings are lying. But does it matter?

The NHL's standings are hard to believe some days.

Late last week, for example, there was a six-way tie with 91 points atop the standings. A handful of others were within a handful of points.

Parity gets talked about a lot in hockey, and that's with good reason. The NHL remains in one of its lowest scoring eras ever, with an average of 5.35 goals per game – nearly identical to the league's Dead Puck Era prior to 2004-05.

Minus empty-netters, which are scored every four or five games, that drops to 5.12.

So it's a 3-2 league most nights, with nearly 50 per cent of games decided by one goal. That rises to more than 60 per cent when you factor in the two-goal losses that involved an empty-netter.

Almost 30 per cent of those one-goal games are shootouts.

Often the teams with the best records are simply getting one extra bounce on any given night, with good-but-not-great clubs like Anaheim and Nashville competing for the Presidents' Trophy in large part because they've won so many toss-up games.

Part of the reason the NHL's standings are hard to believe is they shouldn't be believed. When there are only 13 points separating first through 16th – as was the case before Sunday's games – and those points are often coming via shootouts or fortuitous bounces, the distinction between a first seed and an eighth seed in the first round is almost meaningless.

You can also easily make the case that the Los Angeles Kings, in 17th, are one of the best three teams in the league – especially given their current 12-4-1 run (with 57 per cent possession).

This extreme level of parity is part of why analytics are making such dramatic inroads among teams, analysts and fans. When a number like score-adjusted possession better predicts the outcome of a playoff series than the teams' record, that catches folks' attention.

There are ways the NHL could fix this. They could reward teams with three points for a regulation win, or extend overtime to limit the number of shootouts, or any number of other solutions to increase scoring itself.

The salary cap is also continuing to flatten out the league's talent level, with once-dominant teams like Chicago forced to shed quality players every off-season to be compliant. A big injury, like that to Patrick Kane, is now a huge equalizer.

From the perspective of the league office in New York, however, whether or not the standings lie doesn't particularly matter. It creates an "anybody can win" mentality, and excitement over the number of underdog teams with a shot at the Stanley Cup.

Just don't put a lot of stock in where teams sit after the regular season because it matters less and less every year. 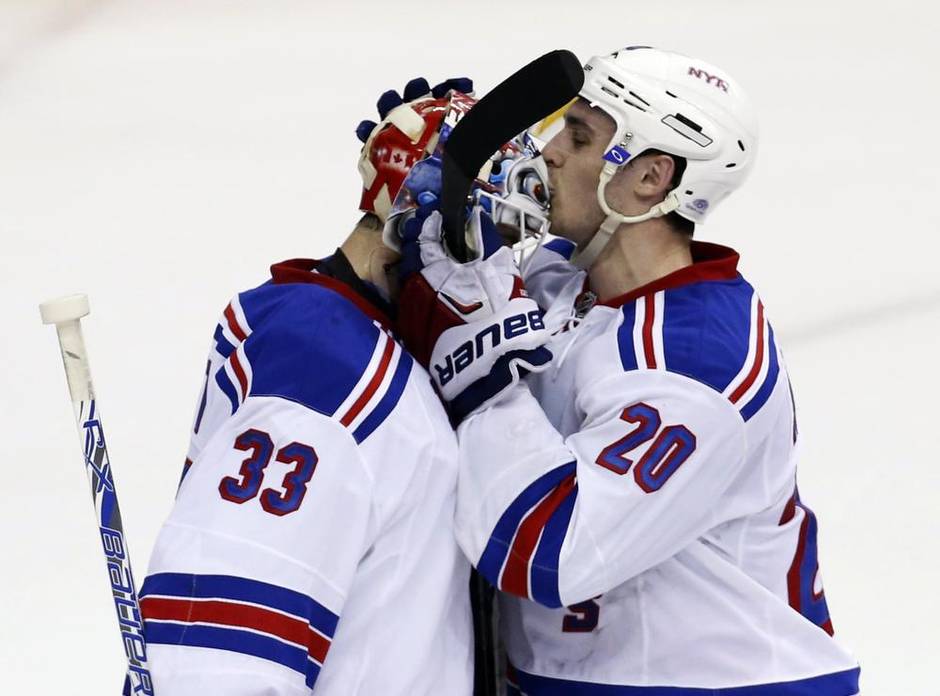 1. New York Rangers: New York is a league-best 15-2-3 in its last 20 games, and the craziest part is superstar Henrik Lundqvist has appeared in only one of those games. The no-name goalie duo of Cam Talbot and Mackenzie Skapski has a combined save percentage of .925 in that span. (If I could make sense of that, I’d be in Vegas, not writing this column.) Why the Rangers are good: Beyond the goalies, everyone’s scoring. Eight New York forwards have 10-plus points in those 20 games, giving them the kind of very deep attack that pushed them to the Cup finals last year.

2. Minnesota Wild: Right behind the Rangers are the Wild, who are 15-4-1 in their last 20 and a habitual visitor to this space. Devan Dubnyk is deservedly getting a lot of kudos, but this is a well-coached team with some unheralded rising stars mixed in. Why the Wild are good: Some of it has been luck; Minnesota leads the league in PDO (percentage driven outcome) in that span. But Zach Parise drives the bus, and he’s now got more help than ever with the likes of Mikael Granlund coming of age. They’re deep, too.

3. Ottawa Senators: The Sens are 13-5-2 in their last 20 games, and 27-year-old rookie netminder Andrew “The Hamburglar” Hammond has been a huge part of the story. He’s been stealing more games than hamburgers in that run, but this is a team that’s playing dramatically better than it did under former coach Paul MacLean, too. Why the Sens are good: Beyond The Hamburglar, some of their young talents like Mark Stone and Mike Hoffman have simply been ready sooner than anyone expected. And Erik Karlsson is Erik Karlsson.

Statistics do not include Sunday games 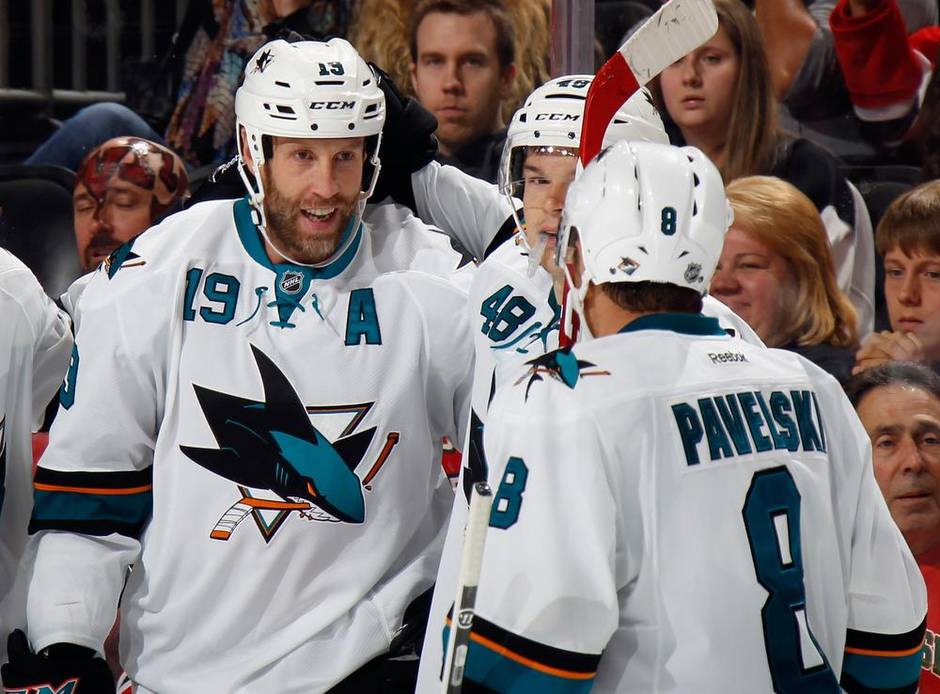 1. San Jose Sharks: In the last 20 games, with their season on the line, the Sharks have eight wins (8-10-2) and more points than only the four worst teams in the NHL. Why the Sharks are bad: They shouldn’t be. But as Joe Thornton’s he “needs to shut his mouth” advice for his GM last week shows, there’s considerable dysfunction there, and it threatens their season.

2. Winnipeg Jets: An 8-8-4 stretch may not sound like cause for alarm, but when the playoff pace is at better than 95 points, that doesn’t cut it. The Jets are banged up, with two of their most important players in Dustin Byfuglien and Bryan Little out of the lineup, and have had a tough, road-heavy schedule. Rookie netminder Michael Hutchinson has also regressed heavily after a promising start to his NHL career. Why the Jets are bad: It’s not any more complicated than pointing to the crease. The Jets have the worst team save percentage in the NHL in their last 20 games (.881), and it’s killing their season. They won’t make the playoffs if that doesn’t change in a hurry.

3. Nashville Predators: After leading the NHL for a spell, the Preds are 10-9-1 in their last 20 games and have only two regulation wins in their last 13 games. Defenceman Roman Josi is their leading scorer since the all-star break, and netminder Pekka Rinne has been downgraded to merely mortal after an unreal start to his year. Why the Preds are bad: They’re not. They’re just not as good as the 30-9-4 start they had to the season and were due for some bumps. But this isn’t great timing.

Statistics do not include Sunday games