So the sky is falling in Edmonton again.

And it's hard to blame Oilers fans given they have watched this movie before – as recently as the start of last season, when netminder Devan Dubnyk's career went off the rails.

Edmonton has had a tough schedule to start the year, but more than that they've had some very tough luck. Their PDO – which is an analytic used to measure which teams are (or aren't) getting the bounces – is a league-worst 90.8, which helps explain some of their woes.

PDO is one of those stats that sounds nonsensical the first time it's brought up but it's eerily accurate in forecasting a team's fortunes, year after year.

So bear with me a moment while I explain how it applies here.

We're dealing with very small sample sizes at this point of the year so you can't always draw a lot of conclusions. If you look closely at what Edmonton's done so far, however, they have made tangible gains in terms of driving play.

Having a low PDO isn't sustainable. The worst a team has finished in an 82-game season in recent memory was the 2010-11 Ottawa Senators at 97.4, which tells us that the Oilers are a) going to score more goals and b) are going to get a few more saves than they have been.

Last season, through the first 12 days of the year (which is where we're at now), the three lowest PDO teams were the New York Rangers, Washington Capitals and Los Angeles Kings, who started the season with a combined five wins in 15 games.

Two of those teams made the Stanley Cup final. All three topped 90 points.

That's not to say the Oilers are a contender or Ben Scrivens is Jonathan Quick or Henrik Lundqvist. It's meant to point out that even the best teams can look much worse than they are in small sample sizes and with a low PDO.

All of the possession stats out there have Edmonton greatly improved over a year ago, which has been one of coach Dallas Eakins's key mandates and a big reason they hired statistician Tyler Dellow. This is an organization that now understands PDO and that is trying to be patient while fans and media go nuts around it.

Some of the errors the Oilers young players have been making have been egregious, but they have had the puck more. With their talent, they should at the very least be able to finish a lot higher than 28th in 5-on-5 goals, as was the case last year.

That may be a thin gruel for one of the league's most mistreated fan bases to subsist on right now, but everything we've seen in the past says things will get better in Edmonton in the near term.

Better enough to make the playoffs? Probably not. But if they stick with what they're doing and Scrivens can get back to the goalie he was last season, better enough to not be a lottery team and start the climb up the mountain that is the Western Conference standings. 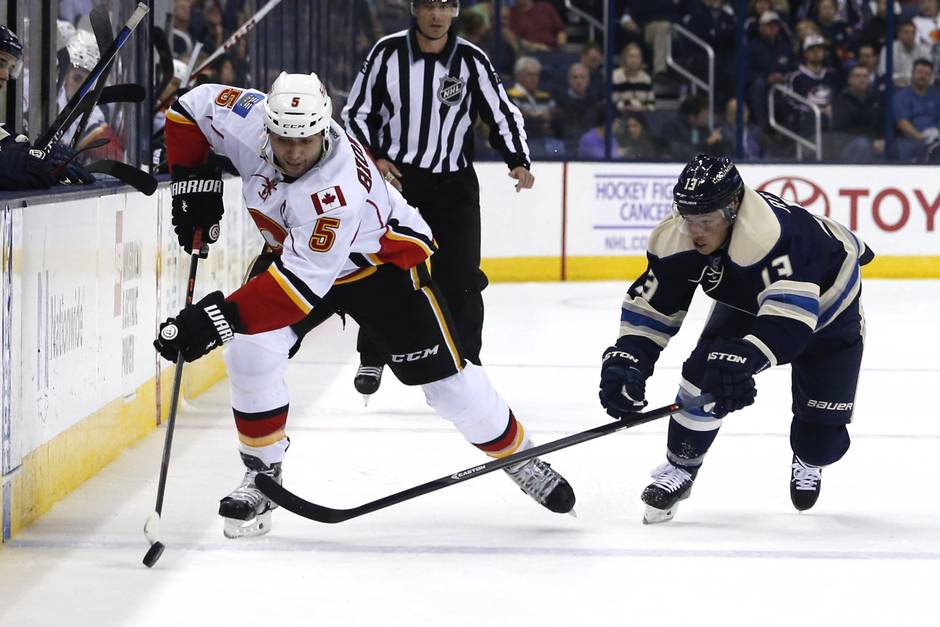 Mark Giordano, Calgary. The Flames goaltenders are deservedly getting a lot of kudos for their start, but the Calgary captain’s contributions can’t be overlooked. Prior to Sundays’ game, Calgary’s possession was nearly 20 per cent higher with him on the ice than off it (54 versus 36). Giordano also leads the team in scoring and deserves to be in the Norris Trophy conversation, even if his team finishes well out of the postseason race.

Alex Ovechkin, Washington. After all the drama and criticism under Adam Oates, Ovechkin is flourishing with new coach Barry Trotz. His goal-a-game pace will stand out the most, but all of the underlying numbers are terrific, too, which could help get the Caps back into the postseason if it continues. “A delight every night,” was how Trotz put it.

Pekka Rinne, Nashville. No team missed an injured player more than the Preds missed Rinne a year ago, and we’ve learned why early. He has quietly been the best goalie in the league so far – with a .962 even strength save percentage – and Nashville looks like a playoff team as a result. The tough question is who they might bump out in a very difficult Central Division. 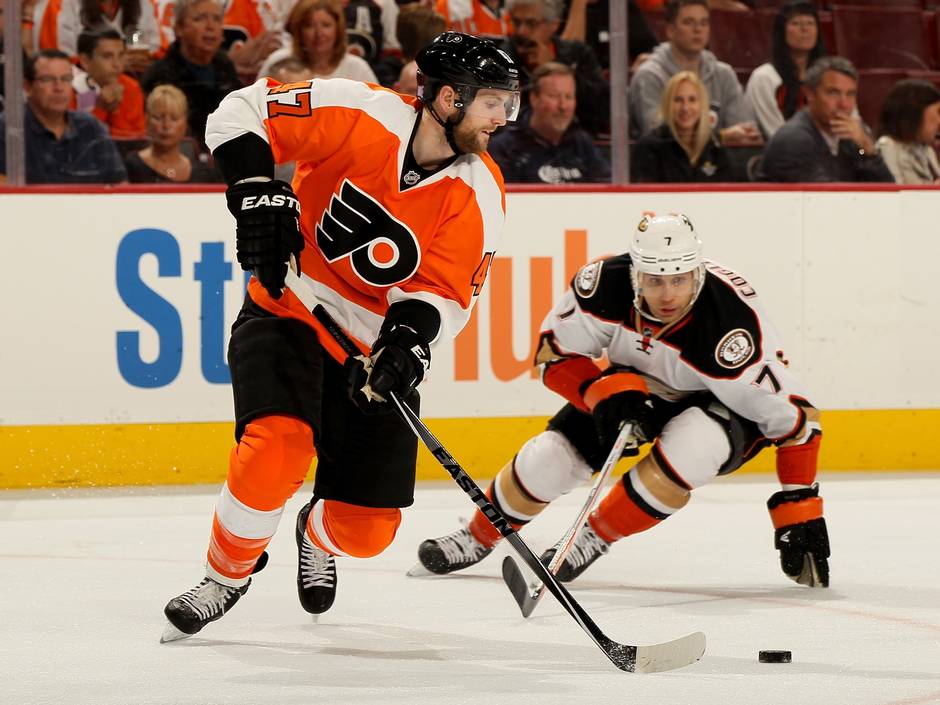 Andrew MacDonald, Philadelphia. No player is as controversial as MacDonald when it comes to analytics. His numbers are consistently awful, highlighting how much time he spends in his own end, but teams like the Flyers love him to the extent he got a six-year, $30-million deal. Paid like one of the top 30 defencemen in the league, his possession numbers are last among all players with 40-plus minutes played this year.

Cam Ward, Carolina. The Hurricanes are going to be in tough this year, but they would have loved to move Ward’s $6.3-million cap hit until 2016 as part of the rebuild, especially with Anton Khudobin playing well. Ward, however, has struggled for several years now and is off to a poor start. He’s not going anywhere.

The Florida Panthers. This team can’t score, and it’s hard to see where the goals will come from. They have only five after five games, including three at even strength. Their leading scorer has two points. 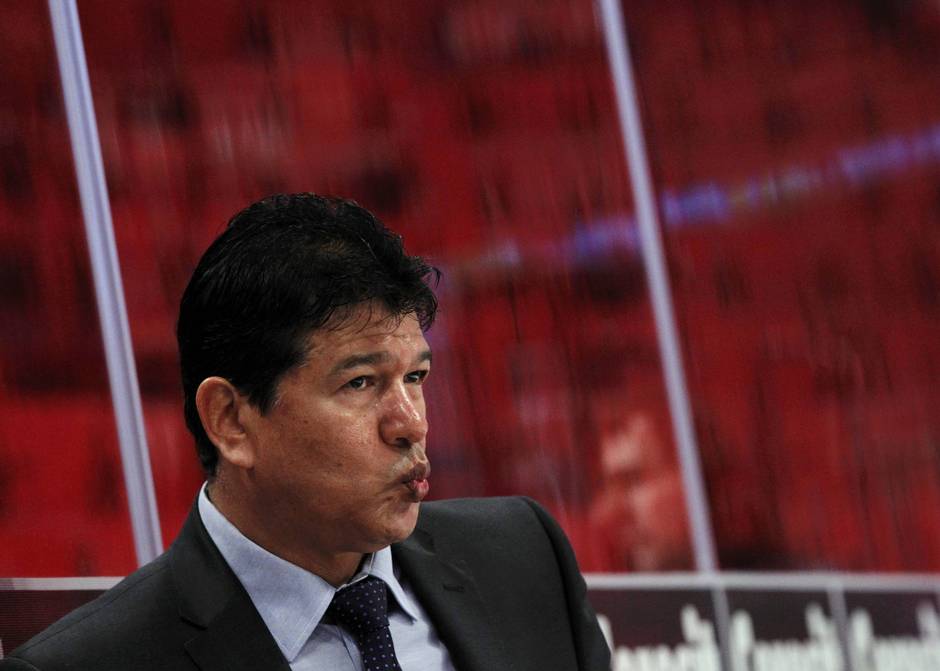 HOW BAD ARE THEY?

“That was like an NHL team playing against a peewee team.”

We all knew things would be bad in Buffalo, but we didn’t know they’d be quite this bad.

The Sabres lost perhaps their two best players of a year ago, goalie Ryan Miller and defenceman Christian Ehrhoff, and it’s showed early. Not only is Buffalo 1-5-0 to start the year, but they’re getting absolutely hammered territorially every single night.

The Sabres possession numbers after six games are last in the league by a mile and the worst we have witnessed since the data became available. They’ve been outshot essentially 2-to-1, in large part because they’re only generating 16 shots a game at even strength.

In a year with a lot of bad teams, they’re huge favourites in the battle (?) to have the best lottery positioning at the end of the year for a crack at generational talent Connor McDavid in the draft.

But boy is it ever going to be an ugly, long season. 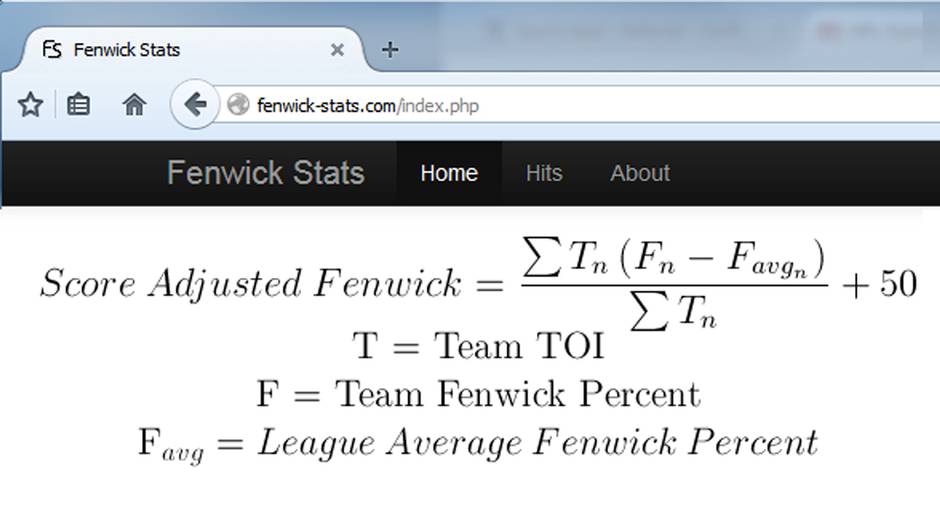 New stats sites are popping up everywhere, but one that is worth having a look at in the early going is fenwick-stats.com. This is the only site at the moment tracking score-adjusted possession data, which helps overcome the fact we have such small sample sizes early in the year.