Officially, the nickname "Johnny Hockey" belongs to John Gaudreau, the Boston College star and Hobey Baker award winner, who signed a pro contract with the Calgary Flames just before the regular season ended and scored a goal in his NHL debut. Gaudreau is a five-foot-seven, 150-pound scoring dynamo, a pint-sized talent who conjures up longing memories of Joey Mullen for breathless Flames' fans.

But here on the Left Coast, way back in training camp, the scribes started calling goaltender John Gibson "Johnny Hockey" too – a riff on Johnny Manziel of course, but mostly as a nod to how Gibson carried himself. He was calm, sure. He was confident, unquestionably. But there was an unmistakable swagger there as well, even with his NHL career still in its infancy. Watch Gibson answer questions and he will immediately conjure up images of Nuke LaLoosh, the Tim Robbins character in Bull Durham, who eventually learns how to say all the right things in the predictable, three-sentence sound bites so common among the media-savvy young athletes.

Talent was never going to be the issue with Gibson. The Ducks always figured his time would come eventually. They just couldn't predict it would happen so soon. With unprecedented goaltending depth in their system – Jonas Hiller, Viktor Fasth, Frederik Andersen, Gibson and Russian prospect Igor Bobkov – the plan was to move Gibson through the pipeline slowly.

Among that original Group of Five (Fasth was traded mid-season to the Edmonton Oilers), Gibson was projected as the goaltender with the biggest long-term upside, thanks in part to an already impressive international resume he'd compiled on behalf of USA Hockey at both the junior and senior levels. The Ducks like players with winning pedigrees and value the proper development channels.

But Gibson was pressed into service Saturday night, partly as a result of a hunch played by one of his biggest fans, Ducks coach Bruce Boudreau. Gibson's response was a 28-save shutout that came in a 2-0 Ducks win over the Los Angeles Kings, which squared their best-of-seven Pacific Division playoff series at two games apiece.

It was great theatre – Boudreau playing his cards close to the vest all day, Gibson not even willing to volunteer post-game when he was given the starting assignment.

Few goalies ever follow up a shutout in their first-ever NHL regular season game with a shutout in their first ever NHL playoff game. Tiny Thompson did it for the Boston Bruins during the 1928-29 season and no one managed it again until Gibson did so on the weekend. The Ducks have now started three different goalies in their last three games – Hiller, Andersen and after Andersen got hurt in Game 3, Gibson. That last happened back in 1989, when the New York Rangers also started three goalies in one playoff series (Bob Froese, John Vanbiesbrouck and Mike Richter), but were predictably swept out of the post-season by the Pittsburgh Penguins.

The Ducks, by contrast, are very much alive in what has been a fascinating series thus far – the first ever between the NHL's two southern California teams.

Most nights, the best team territorially has lost the game – and Boudreau had a funny line about that post-game, noting how the "Corsi" crowd would have a field day with the Ducks, considering how badly they were out-chanced in the game.

Anaheim managed exactly zero shots on goal in the second period and produced just three shots in the final 40 minutes, but scored early and then hung on. This can happen to the Kings from time-to-time. Their offence can shift from competent and sufficient to completely missing in action.

The Kings' Anze Kopitar, the NHL's playoff scoring leader, was shut out for the first time in the post-season and had an off night. Coach Darryl Sutter was clear on that point: "We have trouble scoring against Anaheim. They're doing a good job at keeping us on the outside and keeping top players at the perimeter and I'm giving them credit for it. Some of our top guys have to fight through more."

Boudreau insists they'll go game-by-game in goal from here on in, even joking that Bobkov hasn't received his turn yet.

"When we call up guys and put them in into the lineup," said Boudreau, "their adrenaline is so high that you know that they're going to be really good. In two weeks you might come back down to earth, but I knew he would be good tonight."

In two weeks, the Ducks will know if they moved on to the conference final or fell short against the resilient Kings. In the meantime, they are quietly hoping that there is a star being born here. Whatever happens in the short term, the goaltending prospects in Anaheim are so bright that they may have to make room for two Johnny Hockeys in the NHL. Take that NFL.

THIS AND THAT: Ducks captain Ryan Getzlaf isn't overly impressed with what Anaheim has accomplished so far. "All we've done is tie it back up," he said. "We're starting from square one again going into our building" ... Sutter was in one of his moods Saturday, so when Brian Engblom asked him about the value of scoring first in a series where the team that had scored the first goal had won every game, he answered that they may as well pack it up and head back to the dressing room after the first then, right? An interesting concept actually – first goal wins. It would make for some short but ultra-intense playoff nights ... The Ducks' Corey Perry, a 43-goal scorer in the regular season, second only to Alex Ovechkin, is starting to roll a little after a slow start to these playoffs. Unlike Sutter, Perry did buy into the notion that a good start may trump all in this series. "We're so close to home, it doesn't feel like a road game," said Perry, "but it's a tough building to play in. The crowd is into it and they're a physical team when they're at home" ... How do they come up with these stats? According to the Elias Sports Bureau, with Anaheim's Game 4 victory, all four second-round series will go at least six games for just the fourth time since the NHL began playing four rounds of playoff hockey, in 1974-75. The other years that happened: 1986, 1999 and 2009 ... When the Kings held the Ducks off the shot clock in the second period Saturday, it was a playoff record going both ways. The Ducks had never gone a period in the post-season without getting a shot and the Kings had never held a team to zero shots in a playoff period. In fact, the only time they'd ever done it at all was a regular-season game back in April of 1978 against the St. Louis Blues ... Much has been made about the Freeway Series and the fact that the Kings especially have had minimal travel thus far in the playoffs – a series of 50-minute flights between L.A. and San Jose in the opening round; now a 45-minute bus ride, depending upon traffic, to play away games in Anaheim. Commissioner Gary Bettman is making the rounds these days and noted a couple of times last week that nobody is travelling more than 400 miles in the second round, which has a positive impact on the NHL's players. But Kings' captain Dustin Brown had a smart take on it: That while the reduced travel can be beneficial, it doesn't favor either team and the ultimate value will come down the road. "Where I think this makes a difference is for the teams that move on. They're probably going to be better off than, let's say we were last year or the Blackhawks were last year. It's the teams that advance that reap the benefits later in the later round" ... Gibson was named MVP and top goaltender of the 2013 world junior championship and then later that same season, was selected to play the bronze medal game at the world senior men's championships, where he backstopped the Americans to a bronze-medal win over Finland. He was chosen 39th overall in the 2011 entry draft, the second goalie to be chosen that year, and proving once again that identifying goalie talent is one thing and developing it is something else again. 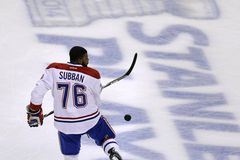