Billy Bridges lived through the lean years of Canadian sledge hockey, when the privilege of playing for Canada's national team came with a hefty $15,000 price tag.

"Plus we had to pay for our travel and all our own food. We were eating fast food. We had 4 a.m., 5 a.m. ice times, because that's all we could afford, the cheap ice," Bridges said.

They face the world No. 2-ranked Americans, who defeated Italy 10-1 in the other semifinal.

Canada, which beat the U.S. 4-1 for a record fourth world title last year, has yet to be tested in this tournament, running roughshod over opponents 42-0 through four games so far.

Bridges credits Hockey Canada, which brought Canadian sledge hockey under its umbrella in 2004, with raising the level of excellence and professionalism in the program.

"I'm so lucky that I was a part of the team before Hockey Canada took over, because I got a chance to see what they've done," said Bridges, a five-time Paralympian from Summerside, P.E.I.

The Canadian players are as well-funded as "any amateur athlete" Bridges said, receiving a monthly stipend – or carding – from Sport Canada, money from Own The Podium, plus sponsors.

"I can't believe I'm a disabled athlete, basically making a living and playing hockey on the greatest stage and having people watch, and doing interviews," said Bridges, who was born with spina bifida. "Ten-year-old me would never believe this right now, when I realized I was a disabled person, and that I wasn't going to the NHL. That was always my dream, to go to the NHL and be a big hockey star. And it's something special to be a part of this now."

The Canadians put on a show at Gangneung Hockey Centre, with Liam Hickey, Dom Cozzolino, and Greg Westlake scoring one goal each. Corbin Watson and Dominic Larocque shared time in net, making a save apiece, as the Canadians outshot South Korea 24-2.

Canadian coach Ken Babey would like to have seen more parity in a tournament that saw the Americans breeze through the first round, outscoring opponents 28-0.

Canada and the U.S. also have the youngest teams, each averaging about 27 years old. There are five players over 50 in the tournament, including 61-year-old Japanese netminder Shinobu Fukushima.

"It's kind of like women's hockey in the sense that we have to help grow the game, we have to share our knowledge, share some of our resources, because it's not going to grow unless we do," he said. "I really think as leaders, Canada and the United States . . . I think we should continue to do what we do, and maybe do even more."

"I think (the Koreans) are way better than they were two years ago. They're faster, they're more skilled, they're playing a style now, a system," said Babey, who coached at SAIT for 27 years before taking over the Para program in 2015.

"And we try to get countries like Italy, Sweden, the Czechs coming to Canada if they want. We've extended informal invitations to do that for next year."

The beginning of the next Paralympic quadrennial, he said, would be the perfect time for countries to get on board, since Para hockey has a much shorter learning curve than the standup game.

South Korean fans certainly seem to have embraced the game. Thursday's crowd, which included South Korean First Lady Kim Jung-sook, rivalled the attendance for the Canada-U.S. women's final at last month's Olympics. Fans danced and sang along to the blaring K-pop tunes. Ear-splitting screams erupted with every Korean pass or shot that came near the Canadian net.

Prompted to cheer loudly during one timeout, the screaming reached a cacophonous 106 decibels – about the equivalent on the ears of using a power saw.

"I couldn't believe how loud it was out there," said McGregor. "It was almost deafening."

Canada will be gunning for gold on Sunday less than a month after the Canadians wrapped up a disappointing Olympic tournament. The men were eliminated in the semifinals by Germany, while the women lost to their archrival Americans in a shootout.

McGregor, a former triple-A hockey player who lost a leg to cancer, said his team would love to bring hockey gold and glory back to Canada.

"Absolutely, because the past two Games specifically, in Vancouver and Sochi, our team showed up to the Paralympics looking to cap off a triple gold, because our men's and women's teams had both left the Games with gold medals," said the 24-year-old from London, Ont.

"It's different this time around. We might be the only (Canadian hockey) team leaving Pyeongchang with a gold medal. Canadians expect that of us, our country takes a lot of pride in being a leading hockey nation and as a team, we want to bring home a gold medal, because I think it would showcase our sport tremendously back home, it would have a huge impact on the growth of our sport. We want solidify our stake as a leading hockey nation."

Canada had to settle for bronze four years ago in Sochi after losing to the U.S. in the semis. The Americans went on to win gold, with the Russians, who were banned from Pyeongchang due to doping infractions, claiming silver. 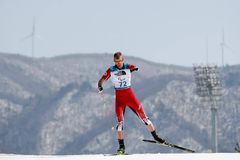 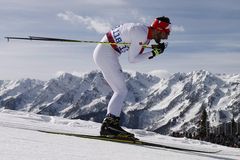