"When we made the final decisions, and we looked at what we needed to win gold, we felt these 23 people were going to be the 23 that we needed to have on the roster," Schuler said.

Twenty-eight players were invited in May to try out for the 2018 Olympic team. The players began training full time in August in preparation for the Winter Games.

Defenders Halli Krzyzaniak of Neepawa, Man., and Micah Zandee-Hart of Saanichton, B.C., and forward Sarah Potomak of Aldergrove, B.C., were the last cuts from the team Friday.

"It's such a hard process," forward Marie-Philip Poulin said. "It's bitter and sweet. We're like a family. To see some girls leave, it's always hard."

The 2018 Olympic roster includes 14 players from the team that beat the United States 3-2 in an overtime thriller to win gold in Sochi, Russia in 2014.

Agosta, who will be a four-time Olympian in Pyeongchang, is the lone member of the team that won gold in 2006 in Turin, Italy. 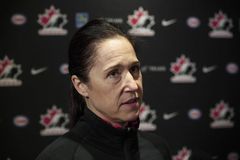 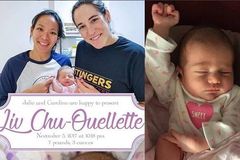