George Gosbee, Anthony LeBlanc and their group of Canadian investors are losing control of the Arizona Coyotes because they cannot afford to keep up the payments on the NHL franchise's enormous debt.

Gosbee and company can be seen as either plucky entrepreneurs who became victims of their own success or just the latest under-financed group of owners to see their house of cards collapse. In any event, with the proposed sale of a majority share of IceArizona, the Delaware company that owns the franchise, the Canadians will lose control of the team a little more than a year after buying it from the NHL.

This is a tale rich in irony, since there was relief in sight for Gosbee, LeBlanc and company from NHL commissioner Gary Bettman in the form of the league's new credit facility of $2-billion (all U.S. dollar figures) at attractive interest rates of about 3 per cent. But grabbing that lifeline, which represents an annual savings of more than $10-million in interest payments, would have subjected the Canadians to a collective tax bill of about $20-million from the Canada Revenue Agency, something else they could not afford.

If the sale of about 55 per cent of IceArizona to Philadelphia hedge fund manager Andrew Barroway closes (i.e., if he raises the necessary cash), then the Coyotes will get under the low-interest security blanket of the NHL's credit line. And, unbelievable as it seems, the team's finances will be more stable than they have been in years. Indeed, one person familiar with the books of several NHL teams says the Coyotes could lose less money than the Carolina Hurricanes this season.

But it will mean Gosbee, LeBlanc and their fellow Canadians will be on the outside. Yes, they will remain as minority owners, at least for now, and LeBlanc says he is staying on as team president. But it is clear Barroway intends to take charge. He has already replaced Gosbee as chairman and governor.

Neither Gosbee nor LeBlanc would comment on the situation. Bettman also declined to discuss this in detail other than to dispute the accuracy of some of the information. But he did say in an e-mail message, "The club will be stronger financially (but not for all of the reasons you said)."

As generally happens in these cases, the owners borrowed so much money and at such high interest rates that the loan payments sucked up too much of the Coyotes' relatively small operating revenue until it became clear the ship was headed for the rocks. This revenue included $15-million annually from the suburban city of Glendale as an arena management fee.

The amount of the Coyotes' debt depends on who is doing the telling. Some say the Canadians borrowed $120-million from Fortress Investment Group at 10 per cent and $85-million from the NHL at a similar rate – a total of $205-million on a $170-million purchase. The extra was to provide working capital until the team could pay its own way.

Those close to Gosbee and LeBlanc insist the total debt was never more than $170-million, which was equally split between Fortress and the NHL. Either way, the group was taking on the NHL's worst financial sinkhole without the cushion of a large bank account.

The $15-million payment from Glendale was essentially signed over to the team's lenders, which meant none of it was available to pay the Coyotes' operating expenses. Last season's ticket revenue was said to be about $20-million, the lowest in the league, while the player payroll was $62.3-million, according to CapGeek.com. Even with shared revenue from the league in the $25-million range, it meant the team's 2013-14 losses were well over $20-million.

But when Bettman arranged the $2-billion in credit with a syndicate of banks a couple of months ago, backed by the NHL's Canadian and U.S. television contracts, there was hope for the Coyotes' owners. Alas, there were two catches.

One, the NHL has a limit on how much teams can borrow, believed to be 50 per cent of the value of a franchise's assets. By October, those close to the Coyotes said the team's debt was down to $163-million, which was still too high to qualify for the NHL credit facility.

Two, even if the Coyotes' owners did manage to get a loan from the NHL bankers, they would have to register the current market value of the franchise, which LeBlanc said was now at $305-million. The jump in value of $135-million was attributed to the rich television deals and other rising league revenue.

The second catch was the problem for the Canadians. They owned IceArizona, a U.S. company, through a Canadian holding company. In some cases, such Canadian companies are required to register the current market value of their assets with the Canadian tax authorities. The jump in value represented a large capital gain for the Canadian owners, and if they kept IceArizona they would be subject to a one-time capital-gains tax.

A source familiar with the Coyotes situation said the owners were told by their tax advisers that the Canadian tax bill could come to $20-million. A few of the Canadians were willing to hang on, but the majority wanted another way out.

This is where Barroway came in. He is also a Fortress client, and its officials – perhaps worried about seeing their loan paid off – brought Barroway and the Canadian owners together. Bettman is also credited by some for the creative solution that followed, although other sources say he was not initially enthusiastic about the sale.

The decision was to sell a majority share of IceArizona to Barroway, who is a U.S. citizen. His share was announced as 51 per cent, although it may wind up as 55 per cent, with the value of the Canadian holding company's shares receding to around 45 per cent. This means the Canadians may still be liable for a capital-gains tax but one they can manage.

With the franchise valued at $305-million, Barroway's 55-per-cent share is worth about $168-million, although it is not clear how much of that will be paid in cash. The important thing is the Canadian holding company's share of the franchise drops to about $137-million, which makes a big difference in taxes.

What is expected to happen now is that Barroway's money will allow the Coyotes to pay off the existing high-interest loans to Fortress and the NHL. This will also allow the Coyotes to get under the borrowing limit of the low-interest NHL credit facility at a much more palatable rate of 3 per cent or so. The resulting debt is expected to be between $100-million and $125-million.

The important thing is the drop in debt service from $17-million, according to one source, to less than $7-million a year. This allows the $15-million from Glendale to actually go to paying operating expenses, which leaves the franchise much more stable.

So what's in it for Barroway, considering the Coyotes still lose scads of money and those who know him say he does not have unlimited funds? That has to do with the five-year escape clause in the lease with Glendale and some financial footwork from Bettman, but more on that tomorrow.

Editor's note: A Wednesday Sports story on the sale of the Arizona Coyotes NHL team, incorrectly said the Coyotes' hockey-related revenue for the 2013-14 season was $20-million (U.S.). In fact, the $20-million was the Coyotes' revenue from ticket sales.

Duhatschek: How sharing ideas made Alberta the great coaching incubator 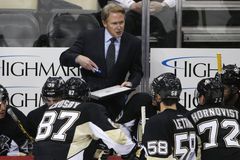 Expansion talk that happens in Vegas should stay in Vegas 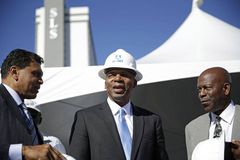 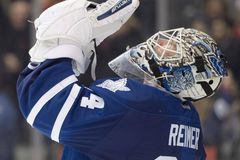